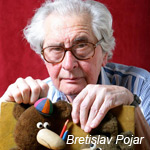 The great Czech animator and puppeteer Břetislav Pojar died on Friday at the age of 89. In a career stretching back to the late 1940s, Pojar wrote and directed many stop-motion and puppet-animated shorts and TV series.

Born in Sušice, Czechoslovakia, Pojar started his career in the late 1940s with his work on The Story of the Bass Cello (1949) based on the story by Anton Chekhov and directed by master Czech puppet animator Jiří Trnka. Pojar served as a puppeteer under his mentor Trnka. In the mid-1960s, Pojar emigrated to Canada, where he began a long collaboration with the National Film Board.

He made his directorial debut with the1951 film Hansel and Gretel (aka Gingerbread House). In 1960, his short The Lion and the Song won the top prize at the first Annecy Festival. Throughout his years, his poignant and allegorical shorts received many honors in festivals around the world. Some of these celebrated titles include A Drop Too Much (1954), To See or Not to See (1969), Balablok (1972), Bum (1979) and E (1981).

In 1990 he was appointed professor and became the first head of the animation department at The Film and TV School of Performing Arts in Prague, where he was active until his death. In recent years, Pojar moved back to the Czech Republic in order to co-direct the 2006 anthology feature film Fimfárum 2 (based on the stories of Jan Werich), which was released in 2006.

Three years ago, Pojar was honored by the Czech Ministry of Culture, which awarded him a special prize for his contribution to cinema.

“I just shoot puppets or create cartoons,” he said during this acceptance speech. “That’s why I made a lot of these shorts, because they did not need verbal explanation.”

You can watch some of his shorts here: www.nfb.ca/film/balablok_english/ 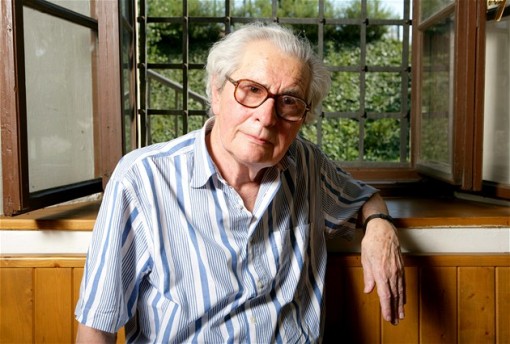 You may also like...
Related Topics:A Drop Too Much, Annecy, Annecy Festival, Anton Chekhov, Balablok, Břetislav Pojar, Bum, Czech Ministry of Culture, E, Fimfárum 2, Gingerbread House, Hansel and Gretel, Jan Werich, Jiří Trnka, National Film Board, The Film and TV School of Performing Arts, The Lion and the Song, The Story of the Bass Cello, To See or Not to See