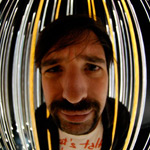 Animation is one of the many modern arts requiring both creative vision and technical skills. And as those technical skills have become increasingly more technical, involving a deeper understanding of software and hardware, the need to educate as well as inspire is important to creating the next generation of animation talent.

No one agrees more than Dan Efergan, the award-winning creative director of Aardman Digital in the United Kingdom. Efergan’s passion for creating games, nurturing online communities and solving other people’s digital problems has led him to several projects that engage youngsters in the craft and tech of animation and games.

Among them is the Shaun the Sheep Game Academy, a digitally interactive competition based in the U.K. that launched in May and encourages kids to start coding and become digital creators rather than just digital consumers. Efergan also helped launch the Tate Movie Project, which introduces children into the filmmaking industry by giving them a hands-on opportunity to interact in all aspects of the production process and make a film by kids, for kids.

We caught up with Efergan a while back to talk about these projects and about using animation, games and tech to engage and teach children.

Animag: How did you become interested in and get a start in a career in animation?

Dan Efergan: I never intended to join the world of animation, I’m actually a coding geek, and used to make websites and games. When I started working at Aardman, it took a little while for everyone to adjust to the idea of a creative director who codes rather than draws (my drawing skills kind of suck). That said I think animation and coding have a similar motivation. It’s about the magic you feel when you bring something to life, the little buzz of amazement that have that power.

Animag: Can you explain how the Shaun the Sheep Game Academy works and what your goals for it are?

Efergan: The digital department of Aardman Animation contains a lot of gamers. The games and animation industries overlap, and the natural extension for a company that makes “linear” entertainment is to start making “interactive” entertainment — of which games are king. And, as anyone with a passion will admit, you want to share this love, help others fall in love with it. So ever since Nesta published their “Next Gen. Report,” we’ve been daydreaming about how to help this call to action, combining our passion with what we believe is an important cause: To reinvigorate the education of digital skills with passionate, useful and exciting material, and keep the U.K. full of interesting people making interesting stuff.

Animag: Can you explain what the Tate Movie Project is?

Efergan: Prior to Shaun’s Game Academy, we took on a similar form of “collaborative inspiration,” inviting the nations kids to help make a movie with us, Fallon and the Tate. It was called the Tate Movie Project and ran for about three years. The whole thing revolved around a real production that was happening in the studios connected to a virtual studio, complete with a full cast of virtual crew, where kids could learn about and make various aspects of the film. For example, if the film needed a load of fish, then Ronnie (the incompetent virtual director) would put out an announcement on the site and tens of thousands of kids would get busy scribbling, animating, recording sound effects and writing prose, submitting their creations to the site where the community voted on their favorites. Ultimately, they were all attempting to get their work into the film, and every kid who did — the final film contained over 59,000 “things” from all the kids — got their names in the credits.

Alongside the site, there was a national road show; a program with national school orchestras to make the soundtrack and an educational program that ran across the whole U.K. It was massive! And we ended up with an exceptional — if a little crazy — film: The Itch of the Golden Nit.

Animag: What are the advantages to teaching children to create digital content?

Efergan: The U.K. is a massive consumer of digital content. We love the stuff, and kids love the stuff, so why not use that inspiration and excitement to teach them, too? I mean, it’s not like a big percentage or not already getting stuck in. There’s a load of amazing resources out there — free tools, free lessons, free resources — and kids are using it. But, when it comes to things as important as this, there’s always room for more, and Shaun’s Game Academy, we hope, will inspire some of the millions of Shaun fans who may not naturally think they could do this stuff to have a go. Out there right now are the creators of the next EA Games, and the next Pixar and the next Apple, and it’s a number of small little moments that shape the early direction that leads to lifetime passion. We hope we can create a few of those.

Animag: How have you found storytelling changes on new digital platforms? If so, how?

Efergan: I’m a big fan of saying that storytelling will never change; I believe that the fundamentals of a great story have always been the fundamentals of a great story: interesting characters put into interesting situations to, hopefully, prevail. But, the techniques we use to deliver them, and the nuisances that come with each platform, do make a difference to each production and the way a story needs to be thought out.

If you look to gaming, where the most interesting digital storytelling is happening, you can see some interesting trends, but there’s a huge distance to travel yet. I’m still depressed that a slightly shoddy Hollywood flick can evoke more emotion in me than 90 percent of the games I play. I look forward to the next 10 years, where I think this will start to change.

Animag: Do you think animation is particularly well suited to digital platforms? If yes, why?

Efergan: Exceptionally. On a platform where people are attempting to free themselves from the linearity of singular story lines, you need a technique that can visualize a story in a multitude of ways, perhaps even an infinite amount of ways – that’s hard to film.

Animag: What do you think will be the greatest challenge for developing animated content for digital platforms in the near future; say the next five to 10 years?

Efergan: If you extrapolate the need to create animation on the fly, then you need to start making animation that works in real time. A few of the 3D engines out there are starting to provide a reasonable platform for this to happen, but to compete with some of the beautiful things you can currently make pre-rendered, it’s got a long way to go.

And then to create for these situations again there’s a new skill — blending the art of linear animation with the logic of coded sequences. Luckily, there’ll be a load of digital gurus coming out of the schools soon. 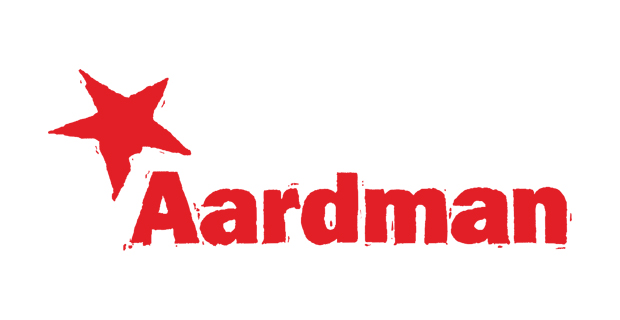