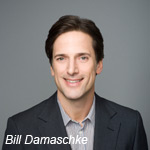 Bill Damaschke first joined DreamWorks in 1995 as production coordinator on Prince of Egypt. He quickly rose through the ranks and became head of production and development in 2005 and co-president of production for feature animation soon after. In early 2011, he became the division’s chief creative officer, overlooking all of the studio’s recent box office successes and Oscar-nominated projects such as How to Train Your Dragon, Kung Fu Panda 2 and Puss In Boots. We had the chance to catch up with the talented and extremely busy industry heavyweight during a Los Angeles presentation of the studio’s upcoming releases, Madagascar 3: Europe’s Most Wanted and Rise of the Guardians.

Animag: Last year was a terrific time for DreamWorks. Both Kung Fu Panda 2 and Puss In Boots received Oscar nominations and made the Top 10 global box office of 2012. How would you define your studio’s brand today?

Bill Damaschke: It’s funny, because my mother told me that 100 percent of the movies that we made last year were Oscar nominated! Seriously though, the movies we have coming up this year really deliver the full meaning of what a DreamWorks movie is—which is innovative, great storytelling, great characters, big-hearted movies, big adventures and worlds that we’ve never seen before in the way our movies are showing them. I’m very excited about Madagascar 3 and Rise of the Guardians. If you put them next to each other, you can see the stark contrast and it demonstrates that our studio doesn’t have one house style and isn’t about one tone of film. It’s about really leaning into the sensibilities of the filmmakers that come to work on our moves. Our brand will continue to be defined by innovation and entertainment as it always has before.

Animag: What is your personal take on the future of the art form and our industry?

Damaschke: On one hand, it feels like we’ve been doing this forever, but it also seems like it’s the beginning of it all in many ways. CG animation is a 15-year-old industry, and what we’re seeing are more and more live-action filmmakers choosing to tell their stories in animation. It’s clearly interesting to have this blend of live-action and animation filmmakers working together, and it will continue to push storytelling and technology. I think the look of animated movies will also evolve and change because of the new developments in technology. Rise of the Guardians is a perfect example of a movie that looks very different from anything before it. That’s partly because of the technology. In the early days, we had movies about toys and bugs and animals, because they were much easier to depict in CG animation, but now you can tell a great story with human and humanesque characters.

Animag: You started your DreamWorks career with the 2D animated Prince of Egypt; are we ever going to see your studio produce another traditionally animated movie?

Damaschke: We always say that we use the right style and technology that suits the story best. The good news is that right now we are working on a movie called Me and My Shadow for 2013. It’s about a shadow that longs for a more exciting life and eventually moves into the real world. The shadow part of the movie is done in hand-drawn 2D, while the human world will be in CG.

Animag: What do you find to be the most challenging part of your job, and what do you really love about being the CCO of DreamWorks Animation?

Damaschke: Interestingly enough the answer to both questions is the same. The biggest challenge and what I love most is that I get to work on many, many projects and with many, many people. Right now, we have nine movies in production and much more in development and many more planned for way, way in the future. In a way, I get to work with and be part of the team in all of those movies, so I am able to switch gears between films and see different things going on and be inspired and invigorated by all the great work happening at the studio. I am from a big family, the oldest of seven kids, so sometimes it feels the same. It’s hard to feel like you’re doing a good job on any of them! So, to me, it’s always a big opportunity and the hardest part of it that I get to manage all of these movies. 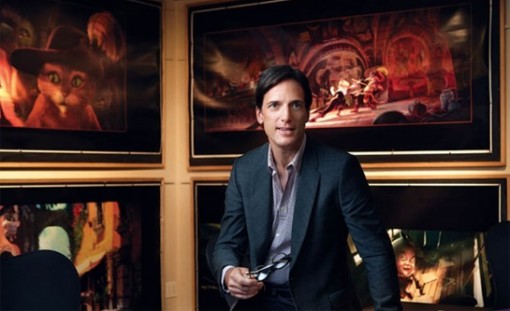 Animag: What were some of the movies that inspired you to get into this business?

Damaschke: There are two … I love, love, Pinocchio. I remember seeing it and I remember learning about how the film was made and learning about the multiplane camera. I recall even as a very young kid being fascinated by the way the film was made. I didn’t go to work in animation until much later. I started out my career as an actor and I remember being in New York and seeing The Little Mermaid in the city, and I thought, wow, animation—what it used to be—is back. Then when I came to L.A. and got a job at Disney initially, all my friends told me this makes so much sense for you, because you’ve always loved animation. So I would say Pinocchio was the first flash point, and then The Little Mermaid. After DreamWorks opened, I was so excited to be part of the studio’s first feature The Prince of Egypt. Besides animation, I also remember being very inspired by the classic Fred Astaire/Ginger Rogers musicals. WGN TV station in Chicago used to air five of them back to back on New Year’s Eve, and I’ve seen all of them about 100 times now!

Animag: What do you watch regularly on TV these days?

Damaschke: I’m a huge Downton Abbey fan. I also never miss The Walking Dead, although I was traveling last week and haven’t watched the most recent episode yet. But I hear something big happened, so please don’t tell me anything about it!

DreamWorks Animation’s Madagascar 3: Europe’s Most Wanted will open in theaters on June 8 and The Rise of the Guardians on Nov. 21. 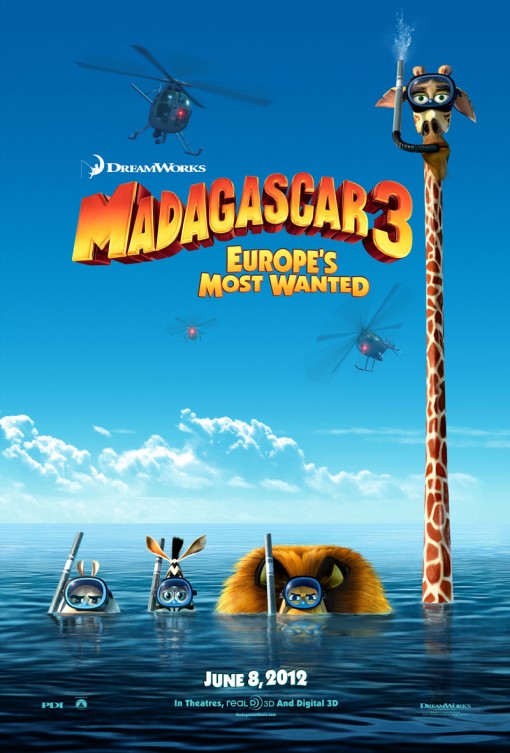 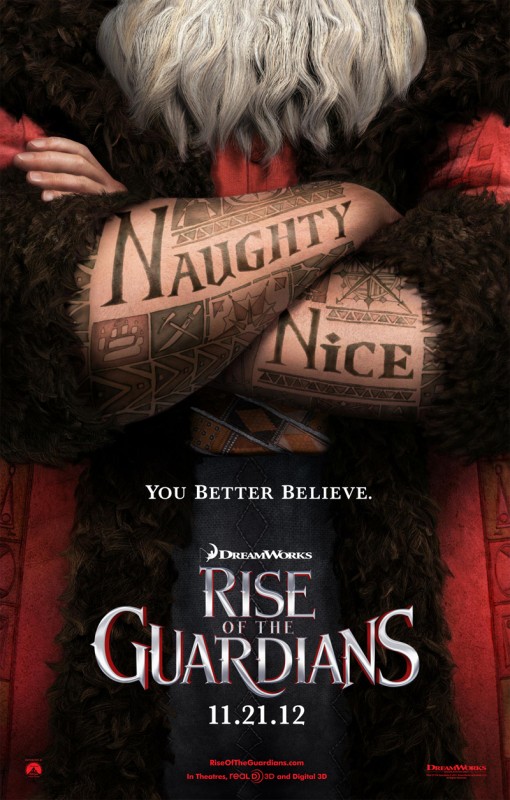 The Rise of the Guardians