One of the biggest nail-biters of awards season is over, and we finally know which attention-grabbing animated films, VFX showpieces and musical moments have made the nominations cut for the 90th Academy Awards. We are compiling reaction quotes from these deserving artists as they come in, so be sure to check back and join us in congratulating these finalists.

The Boss Baby
“It is truly such a thrill to be honored in a group of such diverse films. This nomination celebrates how much we all loved making The Boss Baby and the love we have for the artists that made it! Thank you, Academy!”
— Tom McGrath, Director, The Boss Baby

“We are so extremely honored by this nomination and want to thank the Academy members for their support of our film and the animation community as a whole. Our film is about the belief that there’s enough love to go around — which is a wonderful idea to celebrate today!”
— Ramsey Naito, Producer, The Boss Baby

The Breadwinner
“At a time when women’s voices are coming to the forefront, the story of a young girl using her voice for what she believes in is more relevant than ever. Recognizing stories like Parvana’s helps point to the importance of women and girls being heard around the world.”
— Nora Twomey, Director, The Breadwinner (via email)

Coco
“We are incredibly honored and grateful to the Academy for this nomination. What began as research trips to Mexico to learn more about the celebration of Día de Muertos, became our film’s story about family, traditions, and honoring our ancestors. The warmth and beauty of Mexico’s people and culture made Coco possible, and showed us the benefits of building bridges rather than walls. We were also reminded to keep our loved ones in our minds and in our hearts – something we hope everyone remembers to do. Thank you to the Academy from all of us at Pixar.”
— Lee Unkrich, Director / Darla K. Anderson, Producer, Coco

Ferdinand
“I was just going through airport security when my phone started buzzing!! Thankfully they didn’t stop me and I was able to celebrate!!! I thought they would arrest me for looking like a crazy man laughing and screaming!!!”
— Carlos Saldanha, Director, Ferdinand (via email)

Loving Vincent
“This all started in an attic just before my 30th birthday, when I felt lost about what I was doing with my life. It is unbelievable that it has led to this. I am so proud we are the first Polish animation feature film to be nominated for an Oscar. I am equally proud that this year I am one of two women directors nominated in this category, which until now only had four women nominated out of 72 directors nominated. Maybe this is the year that we can start to change this imbalance. Most of all I am proud of my painters (over 60% of whom were women), my actors and my crew. They believed in an undertaking that many considered crazy — to paint an entire film in oil-paints on canvas by hand. I am a small part at the head of a great team of dreamers! Our dreams were sustained by Vincent, so I wish he was here so I could thank him too!”
— Dorota Kobiela, Co-Director, Loving Vincent

“I couldn’t sleep last night… I was so nervous. Loving Vincent is a Polish-UK co-production. It is the not only the first Polish animation feature film nominated for an Oscar, it is the first Polish animation feature film in history animated by a woman, my wife Dorota, I am so proud of her, and grateful to her for including me on this wonderful journey as her co-writer and co-director. Also as a Brit I am very proud that this film is the first animation feature film nomination from Britain that isn’t produced by the national treasure that is Aardman! I am so grateful to the Academy for recognizing and honoring our labor of love, it really makes the world of difference to small films like ours, in amongst these $100m plus studio Goliaths. Really, their decision changes the lives of filmmakers like us.”
— Hugh Welchman, Co-Director, Loving Vincent

Dear Basketball
“What?? This is beyond the realm of imagination. It was always expected of me to be in the basketball finals, but never this. It means so much that the Academy deemed Dear Basketball worthy of contention. Thanks to the genius of Glen Keane and John Williams for taking my poem to this level. What an honor to be on this team.”
— Kobe Bryant, Producer, Dear Basketball

“I’m extraordinarily grateful that I get to do what I love — animate — for a living. Every film I’ve worked on over the last 40 years has touched me in its own unique way, but this project and its message holds a special place in my heart. To be nominated for my first Oscar alongside such an incredibly talented group of filmmakers, is an honor of a lifetime.”
— Glen Keane, Director, Dear Basketball

Garden Party
“I think we might have scared half the employees at the office this afternoon. We screamed a bit too loud… Honestly, we all thought the film had a little chance, but regarding the last trends, no one was really [optimistic] about getting a nomination. The competition was so strong.
Garden Party is our graduation project, our baby, and we cannot be more glad to bring it to that stage. It goes way much further than we ever expected, and we feel really lucky to be part of this amazing cast of nominees. Also we are very proud to represent French animation at the Oscars. Thanks to the academy for making this real, and to all the people who supported us, especially our parents.
Now, it’s time for red wine and cheese!”
— Florian Babikian, Vincent Bayoux, Victor Caire, Theophile Dufresne, Gabriel Grapperon & Lucas Navarro, Directors, Garden Party

LOU
“As artists who struggled with the typical challenges of growing up and fitting in — thinking we were the only ones feeling like outsiders — this nomination is more meaningful than anyone could imagine. This is dedicated to the Lous of the world, who use the power of kindness to change the world for the better, one JJ at a time. Thank you to the Academy, and to Disney and Pixar, and to the entire crew of LOU, without whom this film and this moment would never have happened.”
— Dave Mullens, Producer, LOU

Negative Space
“Thank you so much! We’re very honored to be nominated. Our entire team poured love and passion into this project, stitch-by-stitch and frame-by-frame. We could not have created this film without them and we’re overwhelmed with gratitude. It’s been a fantastic journey and we’re excited that more people will get to watch our film.”
— Ru Kuwahata and Max Porter, Directors, Negative Space

“We are overwhelmed. This is such an honour, we want to thank all the wonderful Negative Space team and the Academy, thanks for all the support!”
— Nidia Santiago and Edwina Liard, Producers, Negative Space

Revolting Rhymes
“We’re beside ourselves right now, and just incredibly happy. Happy for the film and happy for all our fantastic collaborators here in Berlin, our producers at Magic Light, as well as our wonderful team in South Africa. It’s a pretty unreal feeling to find your labour of love has been recognised in this way. We’re deeply grateful to the Academy for this nomination. This was a hard film to make. What always steered us forward was the level of love our team had for this story – and the blessings we received from Luke Kelly, Roald Dahl’s grandson, and from the great Quentin Blake. So, for everyone’s work to receive such love in return today, it’s the most beautiful reward. When we were making the film we often didn’t have time to stop to eat – so now we’ll go to one of the restaurants we always wanted to go to, for a celebratory dinner! Thank you to the Academy for this nomination, it means the world to us!”
— Jakob Schuh and Jan Lachauer, Directors of Revolting Rhymes

“We’re so thrilled that Revolting Rhymes has been recognised with an Oscar nomination. It’s amazing. It’s always such an honor to be recognized by the Academy in this way. The nomination is a great tribute to the brilliant work of the directors, Jakob Schuh and Jan Lachauer, and the entire crew who worked on the film.”
— Michael Rose and Martin Pope, Producers of Revolting Rhymes

Blade Runner 2049
“I’m incredibly honored by this news but I couldn’t have done it without the truly passionate group of artists who I share this nomination with. This moment is easily the highlight of my career. Getting to work with Denis Villeneuve and Roger Deakins was a truly inspiring experience. If I’m being honest, there was an evening that we [the VFX nominees] stood on the Chain Bridge while shooting in Budapest and joked about the possibility of this. So this is all a bit surreal.”
— Paul Lambert, VFX Supervisor (Double Negative), Blade Runner 2049

Coco – “Remember Me”
Kristen Anderson-Lopez and Robert Lopez (Source: The Hollywood Reporter)
Kristen: “Our kids are so invested in us going to the Oscars because they weren’t old enough when we won for Frozen, but they’re old enough now that we told them if we were fortunate enough to get nominated, they’d be our dates … Our seventh grader had to go to school, but our second grader was snuggled between us on the couch as we were watching [the nominations] on this raining morning in New York. It was very cozy.” Robert reminds Kristen that their youngest is actually in third grade.
Kristen: “[Laughs] How are we supposed to remember that? We just got nominated for an Oscar!”
Robert: “…As artists who have to travel sometimes, know that feeling [of separation from a child] so well and that’s what we poured into the song.”
(Source: The Hollywood Reporter) 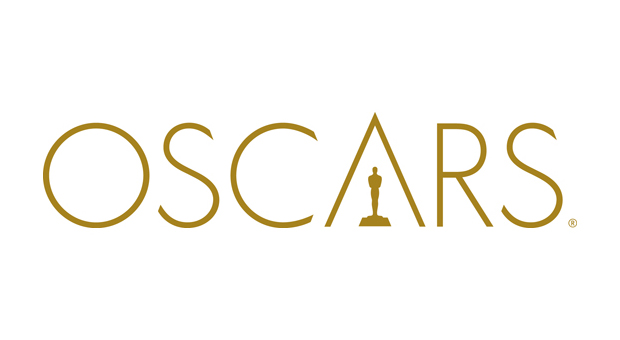