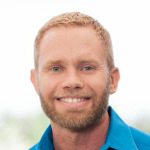 Animag: People always want to know how you got into the business: What was your first big break?

Cort Lane: I was working at Mattel, heading up creative for their websites, and was desperate to get over to the entertainment side. Rob Hudnut was kind enough to take a chance on me and mentor me as I figured it all out. In Rob I got to work for someone who wanted me to learn all parts of the process: from development to the final mix. And I was spoiled in getting to work on animation for boys, girls and preschool. I had no idea how lucky I was.

What are some of your favorite things about your job at Marvel?

That’s easy: the Marvel characters. I’ve been a hardcore fan since I bought my first Avengers comic at age 10. And here I am now, getting paid to work on cartoons starring all my favorite characters. I’m living the fanboy dream.

OK, now tell us about the toughest aspects of your position.

I am fortunate to have a lot of shows and co-productions. But the downside is that I can’t be as directly involved in the creative of every episode as I’d like to be. I know that each show is in strong creative hands, but I miss getting into the details as much as I used to.

What do you look for at TV markets or animation events?

I am usually booked solid presenting and selling our shows, so I rarely get away and see what everyone else is doing. But I do take the opportunity to ask networks around the world what is hitting with their audiences and how they program and promote action/adventure animation. It’s the best market-by-market snapshot I can get. It helps me customize my presentations and I can check out the notable shows later. 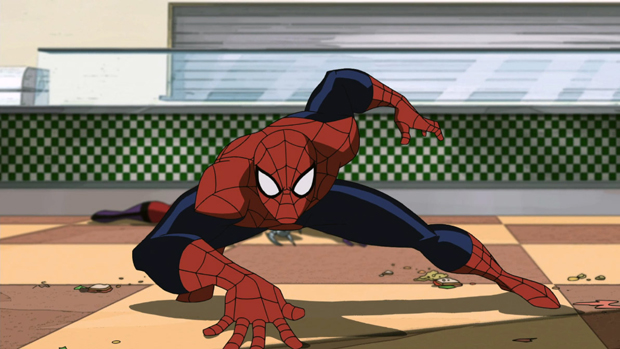 Do you have any tips for people who are trying to get your attention?

It’s always best to do it through a mutual contact. If I have worked with someone who respects you, then I can feel comfortable and we have something in common as a starting point. Also, find out first what an exec is looking for before coming to them with what you would like to sell. Are they looking for pitches, sample scripts, or to simply have a conversation about your experience? I am not able to take pitches, and some eager writers have relentlessly pitched me series concepts (despite my pleading with them to stop) and have made an awful impression.

What are some of the hot new animated projects at Marvel that we can look forward to?

There is so much that I can’t talk about yet, it’s making me twitchy. But I do have to mention our big Halloween Special for Ultimate Spider-Man (airing on Disney Channel and Disney XD in October). I’m particularly proud of the animation, which looks insanely good, and we went all-out with celebrity casting and tons of classic Marvel monster characters that I love.

I’m also very excited about the LEGO/Marvel animated project. It’s really funny and charming and kind of awesome. LEGO brought in Matt Wayne to write and he is a buddy so the scripting process was extra cool for me. I admit I got a little crazy with the ideas and notes, but the LEGO folks were incredibly gracious and collaborative. I had too much fun.

Do you any secret survival strategies to deal with big international markets?

My market Achilles’ heel is that I am horrible at remembering names. So I really look at all those business cards handed to me and I make a mental note of that person’s name. It works, well, some of the time. Oh, and I am always saved by antibacterial wipes and zinc lozenges. Seriously. I don’t care that I look ridiculous wiping down my airline armrests, I have never gotten sick after a market (knock on wood).

Why do you think audiences are so in love with Marvel’s characters, properties and movie and TV projects?

Of course the characters are cool, the action is always intense and the stories are so good. But in my humble opinion there are two special ingredients: fun and relatability. They are both basic, really, but you have to be diligent about not losing track of these two when you’re trying to create newness and thrills. I mean “fun” in that we aim for humor with our characters and joy in the experience–so you finish watching Marvel entertainment wanting to be a part of the Marvel Universe. And “relatability” because our heroes are flawed, likable and live in the real world. Their personal challenges are kind of ordinary. They are just like us. So when they lose, it feels like our loss… and when they win, the victory is extra rewarding for the audience. 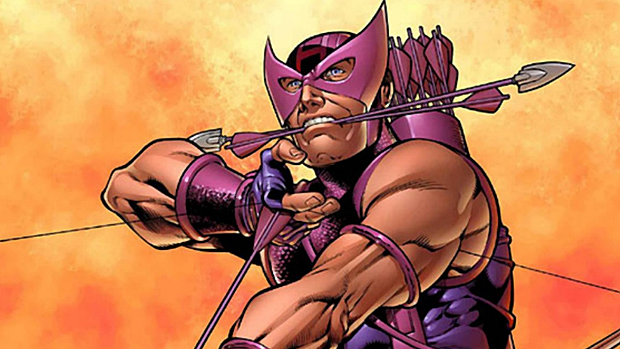 Who is your least favorite, most favorite superhero and why?

Least favorite super hero? There is no answer to that question that ends well for me! Most favorite? Hawkeye has been my favorite since I was a kid. Odd that I would pick the guy who doesn’t have super powers, but I think he gets extra points for being Avengers-worthy just through sheer hard work and skill. I suppose his rebellious attitude and snarky humor made him so cool to 10-year-old me. And I really, really like purple.

Give us the scoop on Stan Lee!

I have worked with Stan (voice acting for us) at least 30 times and, you know, I get totally giddy about it every single time! He actually is that public persona in real life: funny, self-deprecating and sharp as a tack. I suppose people think he is a ham (and he would be the first to admit it), but the truth is he really loves the challenge of the acting stuff. He told me once that if he hadn’t gone into comics he would have loved to do theater. And he has gotten extremely good at it, too. I’ve watched him get more comfortable and versatile in the booth over the last five years. I hope it has been as much fun for him as it has for me.

What is the most annoying industry catchphrase of the moment?

“Second Screen!” My eyes roll when it is used as a fancy name for bonus content. And some people presume that parallel path viewing is the wave of the future. I would bet kid viewing patterns are harder to wrangle than those of adults. Kids will dictate their own viewing patterns and we just need to serve up any and all content they want—in all the platforms, formats, lengths and chunks they have the appetite for. If some of that viewing is simultaneous, well, that’s great, too.

Do you have any guilty pop culture addictions?

I’m ashamed of very little, but I have an unhealthy relationship with online cat videos. The one with the cat riding the Roomba in a shark costume chasing a duckling is my everything. 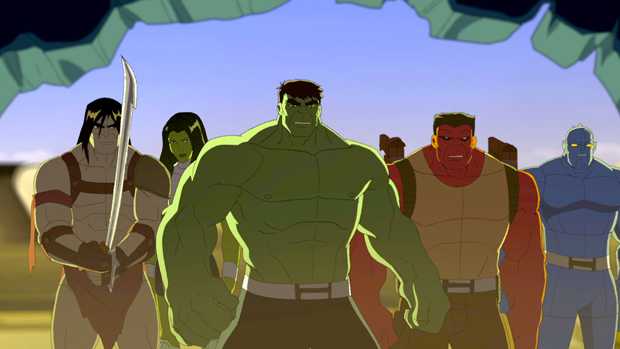