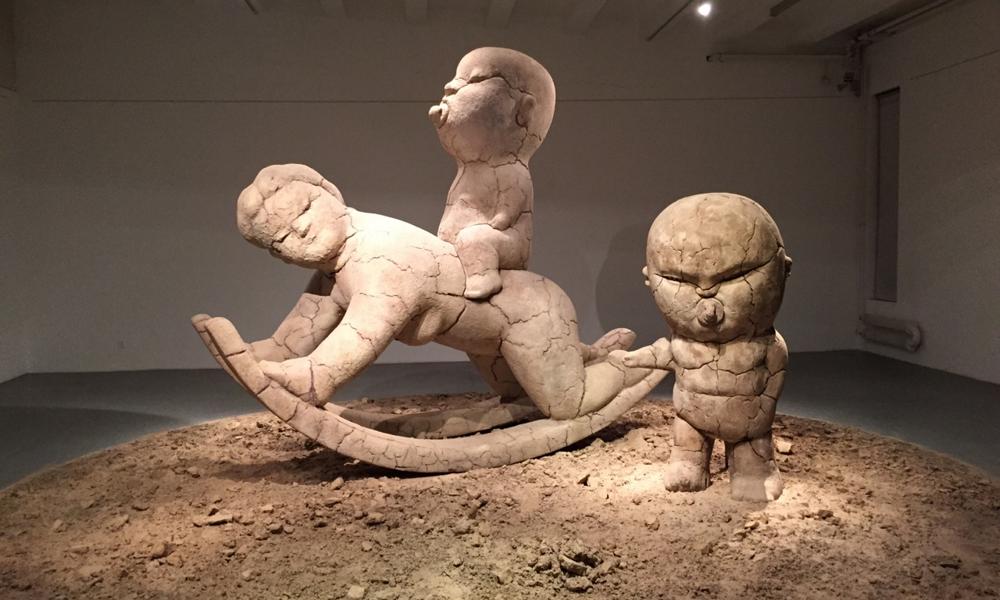 I create international kids’ TV shows for a living. I’ve made puppet shows in Palestine, buddy comedies in Canada and shows about singing potatoes in London. Over the years, I’ve added so many extra pages to my U.S. passport that it now looks like a Wendy’s double cheeseburger.

I’m certainly no expert on China — and I fully agree with Pieter Bottelier from Johns Hopkins who said, “Anyone who speaks with great certainty about China needs to have their head examined” — but these days my preferred country for making co-productions of all kinds is, hands down, China.

My work first brought me to China in the ’90s when I worked on Zhima Jie, the Chinese co-production of Sesame Street. This project was a revelation for me as it was the first time that I truly understood that Western culture was simply one approach to life and art, and that Chinese culture offered a different and equally valid approach. On one of our “training trips” to Shanghai, it became clear that we American “experts” had far more to learn from our Chinese colleagues — among them one of China’s most revered poets — than our Chinese colleagues had to learn from us. 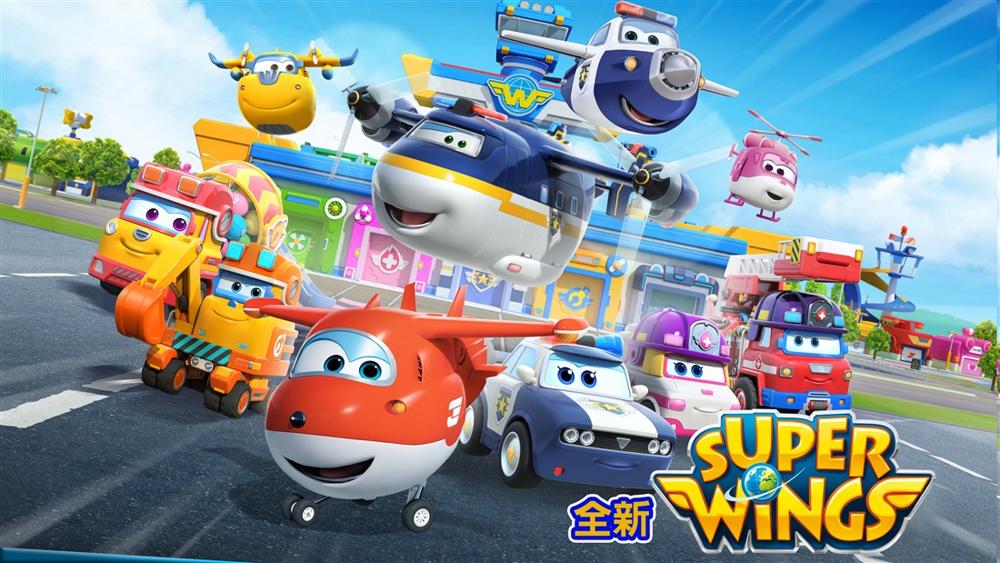 More recently, while working for my own New York-based studio, Little Airplane Productions (a Studio 100 company), I’ve co-produced a few animated shows with talented Chinese partners. The first was Super Wings with Alpha, which premiered on Sprout, and the second was P. King Duckling with UYoung, which premiered on Disney Junior in the U.S. and CCTV. These days, I travel to China a few times a year working with a variety of media, toy and theme park groups, and my interest in this complex country has only grown with time. 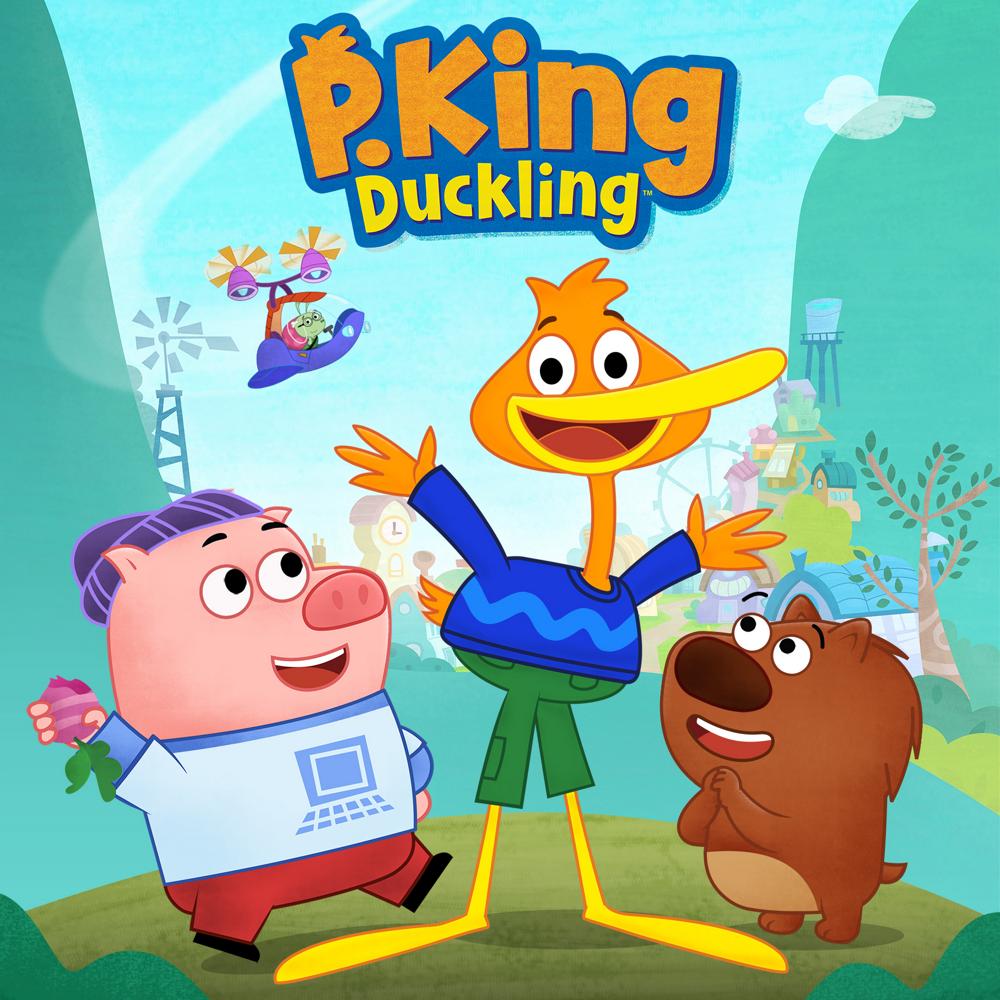 Last week, after speaking with a friend who doesn’t travel much (and who has heard mostly negative things about China), I decided to spend a few hours and write down for him five things that I love about China. Before I knew it, my list had become 10 things. Today I’d like to share this list with you, my colleagues in the animation industry and the animation fans who read this magazine.

Many of you already work with China, and have a good sense of the country. For the rest, I imagine my list may surprise you. My hope is that it might inspire some of you to visit China, because seeing China for yourself is the only way to really get a clear perspective on this unique nation. And so, here are 10 things I love about China:

1. Trust. At first, I didn’t understand why our Chinese colleagues wanted me to fly 14 hours to have a meeting that could just as easily happen over the phone or through video conference. Now I get it. You cannot look into someone’s eyes over the internet. You need to sit across from them, you need to have dinner with them and you need to drink together. Only in these ways can trust be established, and it’s trust that ensures lasting business relationships. 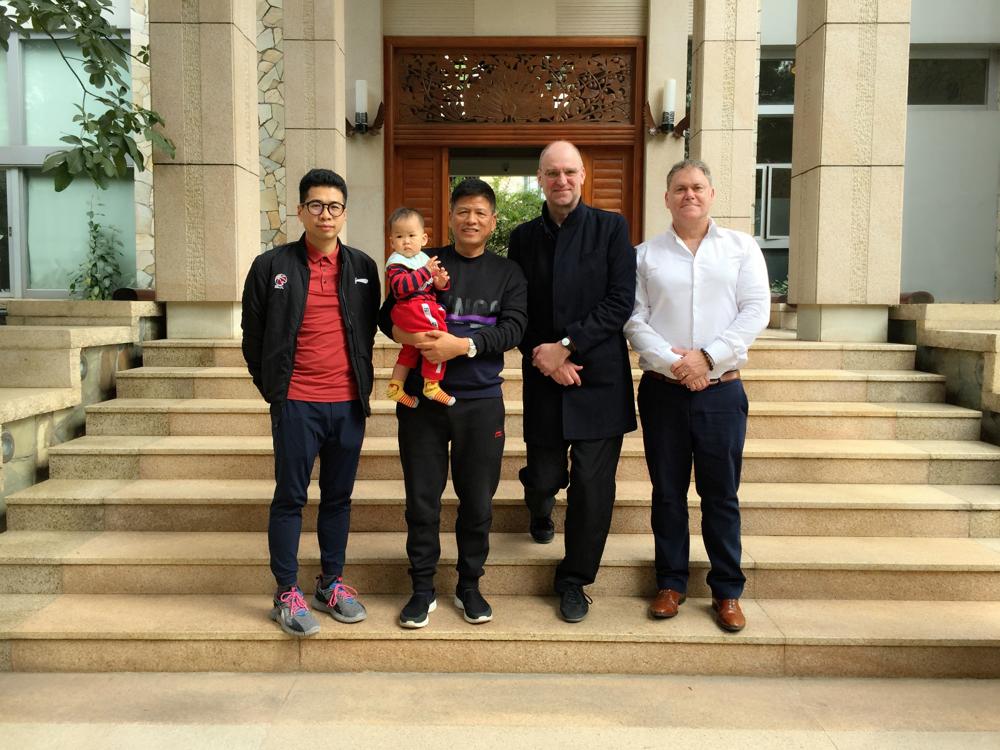 2. Patience. I used to be a restless person. I wanted everything right away. China taught me that waiting is a good thing. It’s while you’re waiting that you learn about your colleagues, a new company or an opportunity. If it happens quickly, it may not last. But if it happens over time, it just might. Anything of real value takes time.

3. Humility. In my experience, most Chinese people are quite humble. I find that the Chinese listen very closely when someone is speaking and they very rarely interrupt.

It’s uncommon to hear a Chinese person bragging about his or her accomplishments. My wife is from Harbin and I asked her about this. She said, “Our personal achievements are important to us, but we always hope these will also help our family, our community, our country and the world.”

4. Discipline. There is a focus and a determination in China that I’ve not experienced anywhere else. You can see this in the work ethic of the Chinese people who have, in just 50 years, built China into the world’s second largest economy. And you can see it in how quickly and effectively the Chinese halted the spread of the coronavirus. When the Chinese set their mind to something, they work very hard, they work very smart and, most of the time, they succeed. 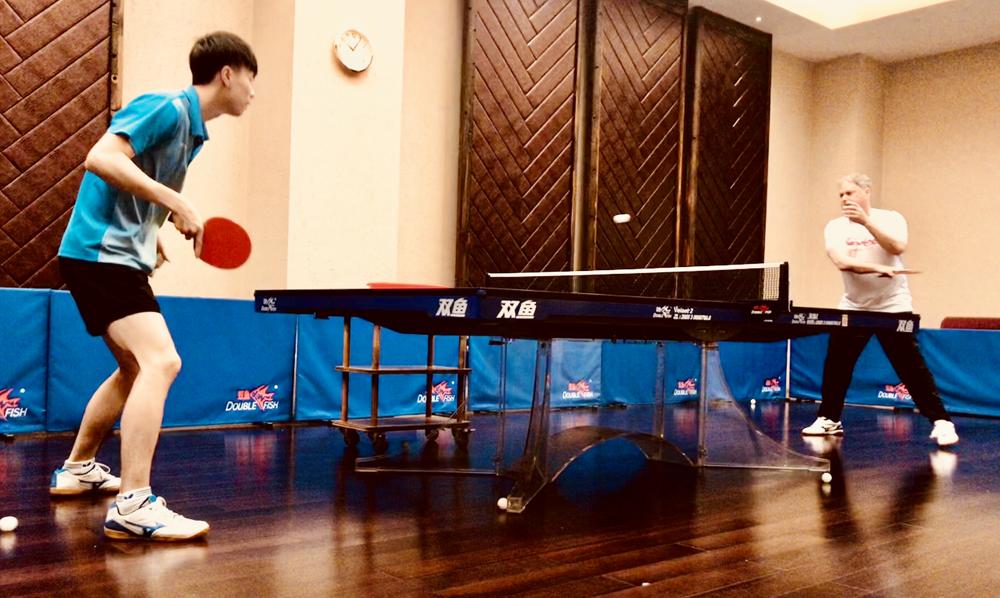 5. Progress. Everything in China is improving quite rapidly, from their education system, to the rule of law, to, yes, respect for intellectual property rights. There is no doubt in my mind that China is steadily moving towards a more open society, and international business standards are already a fact of daily life. If this weren’t the case, would companies like Little Airplane — as well as Disney, LEGO and Universal — even be in China?

6. Getting around. The infrastructure in China is second to none. The bullet trains run fast and on time. The bridges are modern, architectural marvels. And the subways are squeaky clean. Most of you have probably seen images of the new Beijing Daxing Airport which uses 5G technology to expedite check-in and baggage claim. Designed by the late Zaha Hadid, this airport is a stunning work of art. 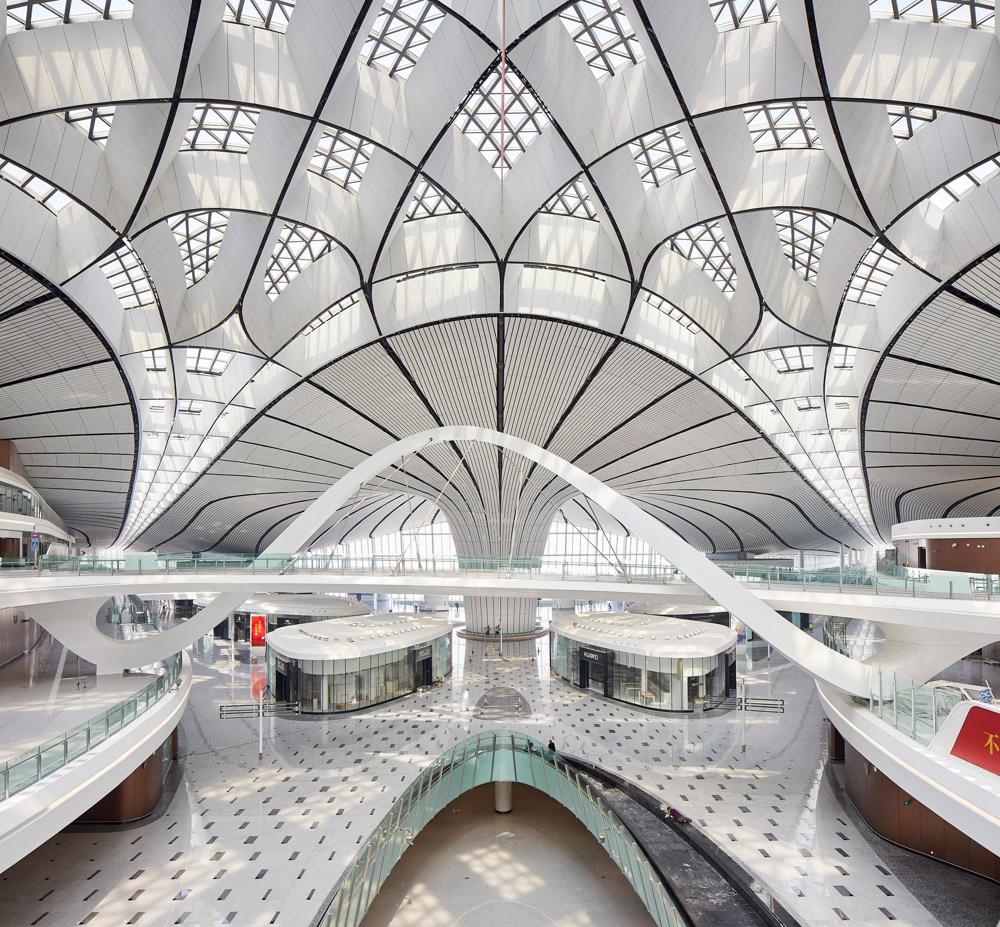 7. Caring for the poor. The quality of life in China has been improving for decades. In the past 70 years, 850 million Chinese have been lifted out of poverty. Think about it, that’s over twice the population of the United States. As one Chinese journalist in New York told me recently, “Some people think we Chinese want to take over the world. We don’t. We actually just want to be sure we can feed and take good care of our 1.4 billion people.”

8. Respect for the elderly. Any morning in China, in any city or town, you can go to the park and see elderly people flying kites, playing mahjong, singing opera and talking proudly about their children and their grandchildren. In many countries, older people are largely hidden away in nursing homes and have little contact with their extended families. In China, one’s grandparents are revered, and this has a powerful and positive impact on their society.

9. Safety. This may surprise some of you, but I feel much safer in China than I do in any other country in the world. There is almost no street crime, gun violence nor illegal drug use in China. I’m a jogger, and I like to wake up early and go for a long run. In New York, I’m always watching my back. In China, I just enjoy the sunrise. 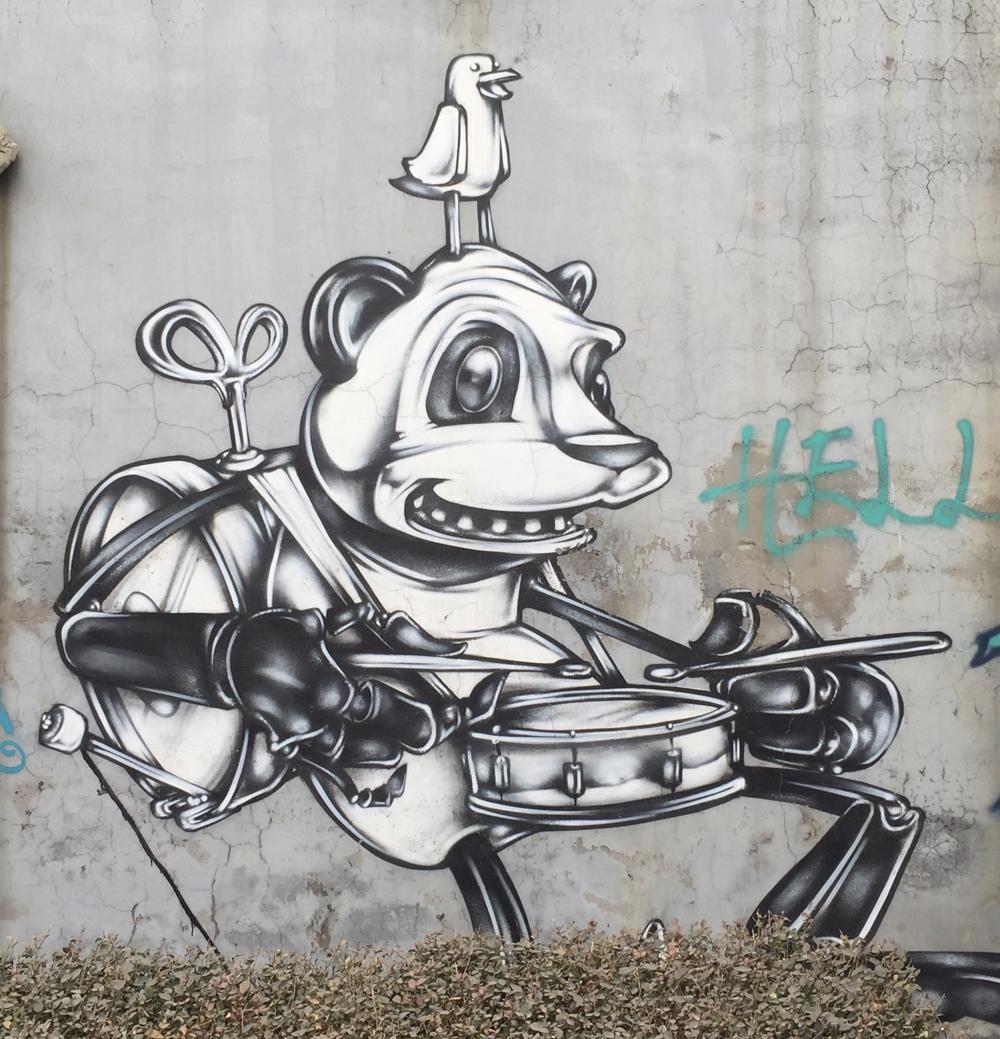 10. Creativity. One of my favorite places to visit in Beijing is 798, a thriving artists’ community. There are scores of galleries, cafes and graffiti murals that are as good as anything you’ll see on Miami’s Wynwood Walls. This neighborhood reflects the vibrancy of the contemporary art scene in China in 2020. There is great talent here, real innovation, and, yes, there is open political expression. The teams we work with in China — the writers, directors, designers and animators — are as gifted and as up-to-speed on popular culture as anyone I know in Europe or the U.S.

Now, don’t get me wrong. I also love the United States. I am grateful for the many freedoms and opportunities we have here. I also love Brazil, Egypt, Belgium and South Africa. (I love many countries, who doesn’t?) But this article is about China. In this era of internet noise, distortion and misinformation, the only thing I trust is my own direct personal experience. And my experiences over the past 30 years in China have impressed me. I’m not saying China is perfect — no country is — but I am saying China is a great country that deserves our deep respect.

Josh Selig founded Little Airplane Productions (a Studio 100 company) in 1999.  He is the creator and exec producer of preschool series Wonder Pets!, 3rd & Bird, Small Potatoes and P. King Duckling. He has received 12 Emmy Awards for his writing and his musical compositions.