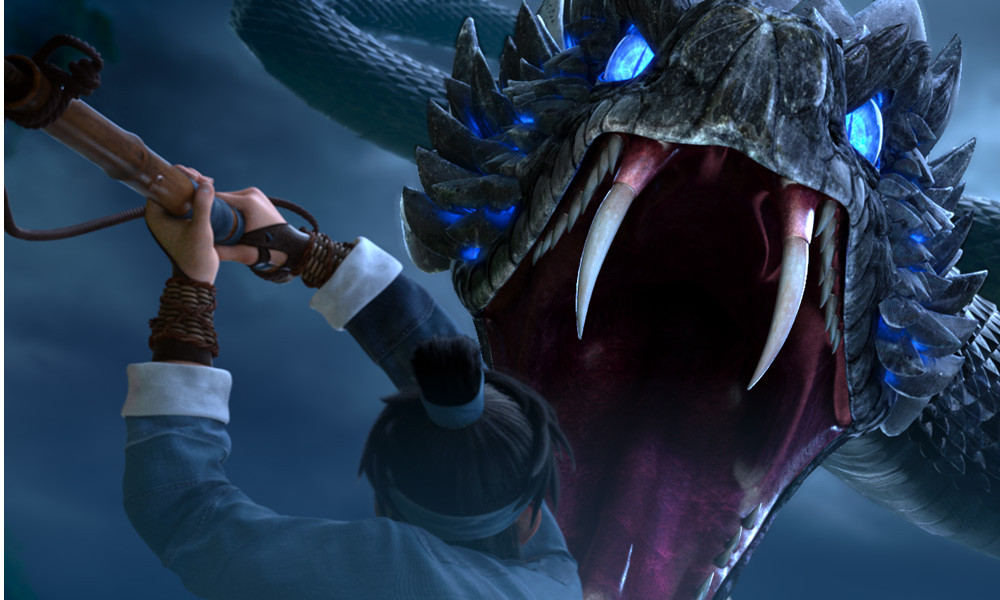 White Snake was produced by Beijing-based Light Chaser Animation, and co-produced by Warner Bros. Co-directed by Amp Wong and Zhao Ji, it was a box office hit, grossing RMB 449 million ($67 million) during its release earlier this year. The film, which will be GKIDS first Chinese release, follows a young woman who has lost her memory as she searches for her identity. International sales outside of North America, China, and Japan are handled by All Rights Entertainment, who also handled sales on the two previous animated films produced by Light Chaser Animation.

Here is the official synopsis: From Light Chaser Animation, one of China’s premiere animation studios, comes a visually stunning new take on a classic legend. One day a young woman named Blanca is saved by Xuan, a snake catcher from a nearby village. She has lost her memory, and together they go on a journey to discover her real identity, developing deeper feelings for one another along the way. But as they learn more about her past, they uncover a darker plot of supernatural forces vying for power, with the fate of the world hanging in the balance. Conceived as a prequel to one of the most ancient and enduring stories in Chinese history, White Snake presents a sumptuous tale of trickster demons, deadly mythical beasts, assassins, wuxia action, and the promise of eternal love.