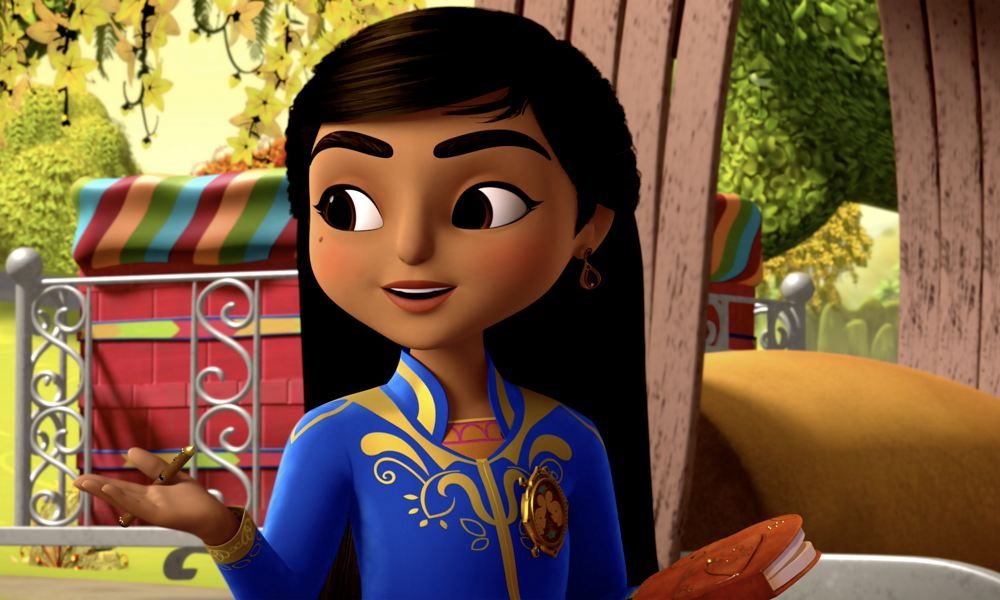 Spring is on the horizon, and a new animated series adding diversity to the preschool landscape is ready to bloom! The previously announced premiere of Mira, Royal Detective on March 20 is one of the animated highlights sprouting on Disney Channel and Disney Junior channels next month, along with new supernatural surprises for Luz in The Owl House, more of Rapunzel’s Tangled Adventure, a fresh delivery of T.O.T.S. and bidding bone voyage to an old friend on Vampirina.

A simple disagreement leads to a complex situation when Eda, King and Luz triple-down on a Wager.

10:00-10:30 A.M. EDT (Disney Channel) T.O.T.S. “The Ultimate Easter Egg Hunt/A Chewy Challenge” Pip and Freddy’s next delivery gets mixed up with the other eggs for the Annual Easter Egg Hunt. | Pip and Freddy must deliver a baby beaver, who is chewing and gnawing on everything in sight.

8:47-9:11 P.M. EDT (Disney Channel) The Owl House “Something Ventured, Someone Framed” When Gus sneaks Luz into Hexside School to present at the Human Appreciation Society, Luz sees a side of the school she didn’t expect.

11:00-11:25 A.M. EDT (Disney Channel) / 7:00-7:25 P.M. EDT (Disney Junior) SERIES PREMIERE Mira, Royal Detective “The Case of the Royal Scarf/The Case of the Missing Bicycle” When the special scarf Priya designed for the Queen goes missing, it’s up to Mira to help find it. | Mira must juggle babysitting her cousin and searching for a missing bike.

11:25-11:50 A.M. EDT (Disney Channel) / 7:25-7:50 P.M. EDT (Disney Junior) Mira, Royal Detective “Mystery at the Puppet Show/The Mystery of the New Kid” Mikku and Chikku go undercover as puppets so they can help Mira catch a pickpocket. | When a new kid in town is blamed for stealing an earring, Mira must figure out if he’s guilty.

9:11-9:34 P.M. EDT (Disney Channel) The Owl House “Escape of the Palisman” When an adventure with Eda’s staff goes awry, Luz and her friends have to earn the staff back from a mysterious forest creature or lose it forever.

11:00-11:30 A.M. EDT (Disney Channel) Mira, Royal Detective “The Case of the Dance Off Disaster/Mystery at the Camel Fair” Mira must figure out who is sabotaging performances at the dance competition. Danny Pudi (DuckTales) guest stars as Sanjeev, the host of the competition. | When decorations for Priya and Meena’s entry into the camel fair go missing, Mira must investigate.

11:30 A.M.-12:00 P.M. EDT (Disney Channel) Vampirina “Au Revoir Remy/The School Scare Fair” Remy says “au revoir” to the Hauntley’s so he can become head chef at the Catacomb Café. Chris Sullivan (This Is Us) guest stars as Grogg, a visiting troll from Transylvania. | Oxana adds a spooky flair to the school fair.