Zodiak Kids has brought Just Play on board as Master Toy partner for animated series Floogals in the U.S. and Canada. Earlier this year, Brand Activation Consulting — who secured the deal — was named the consumer products agent for Floogals in the U.S. The agency is headed by Bob Traub and Michelle McLaughlin.

Based on an original idea from Dan Good, Floogals blends photoreal CG and live-action to follow a trio of pocket-sized aliens named Fleeker, Flo and Boomer on their mission to observe, experience and document the exciting new world around them: planet Earth! From their home planet of Floog, the Floogals arrive on the peculiar world of “hoomans” and try to keep their presence a secret while discovering the wonders of our big, baffling world from their four-inch-high perspective.

The series was developed by Zodiak Kids Studios UK in conjunction with UK special effects studio Jellyfish PIctures and Nevision Limited, who are the strategic investment partner in the series. Zodiak Kids owns worldwide distribution and licensing rights. 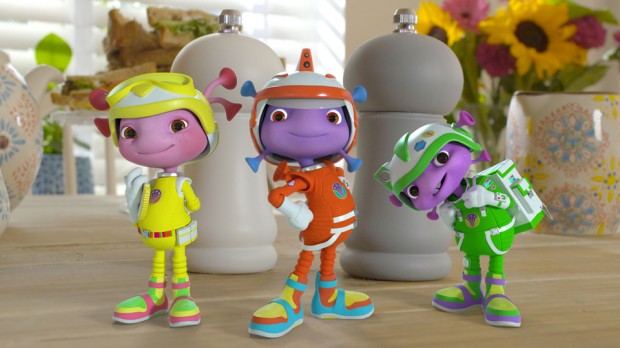