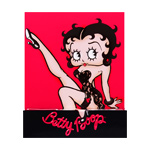 For the first time in nearly 30 years, Max Fleischer’s iconic cartoon starlet Betty Boop has appeared in a new animated project with the debut of A Betty Boop Cartoon: “Betty Goes A-Posen” featuring renowned fashion designer Zac Posen. This first in a trilogy of shorts supports a new dress collection from Posen inspired by the famous toon flapper.

Betty Goes A-Posen follows the adventures of Betty and a cartoon version of Posen (voiced by the designer) through New York City, and culminates with an animated unveiling of Betty’s new signature “Betty Boop Red” look. The short was conceived by Frank Caruso, VP of Creative for brand owner King Features, with input from Posen.

King Features turned to NYC’s Titmouse Inc. Animation Studios to produce the animation, which harkens to the original Fleischer Studios cartoons while implementing a contemporary soundtrack from Nylon Studios.

To make both the products and shorts come alive with authenticity, the teams at Pantone Color Institute, King Features and Fleischer Studios undertook months of research and testing to determine the right shade for Betty, developing the dramatic, vibrant “Betty Boop Red.”

The two frocks were revealed in Marie Claire Tuesday in a spread featuring supermodel Crystal Renn. The collection is available now through ZacPosen.com as part of the ZAC Zac Posen line and retail for $250 (dress) and $550 (gown). “Betty Boop Red” is also being used in the simultaneously launched new lipstick from MAC Cosmetics.

“As a cartoonist, I consider Betty Boop the 8th Wonder of the World,” said King Features’ Caruso. “When Max Fleischer dipped his pen into the inkwell, out came a masterpiece that would influence generations of artists, animators, musicians and fashion designers. The marathon that is Betty Boop has outrun her legend as animation icon and taken the lead in the world of fashion, style and our hearts.”

The two additional animated shorts will be available through BettyBoop.com. Betty Boop’s last high profile appearance was in the hybrid comedy classic Who Framed Roger Rabbit (1988); a new TV series being developed with Normaal Animation (Peanuts) was announced last year. 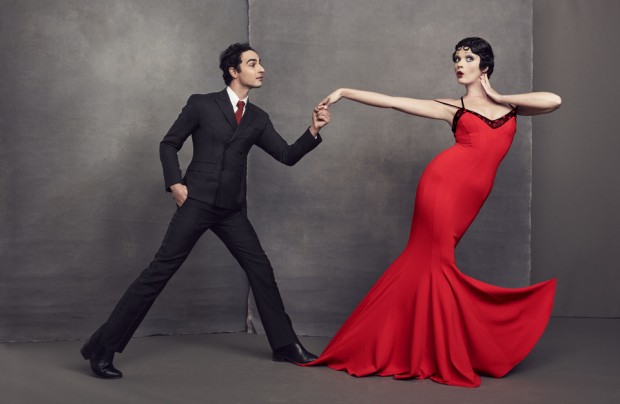