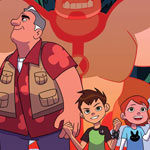 Comics publisher BOOM! Studios (Adventure Time, Steven Universe) continues it’s “Road to San Diego” 10-day spotlight of exciting upcoming titles leading into Comic-Con with the news that it has snagged the comic book and graphic novel license to Cartoon Network’s animated mega-hit Ben 10. The first release will be Ben 10: The Truth Is Out There, an original graphic novel by Rainbow Award-winning writer CB Lee (Not Your Sidekick) and artist Lidan Chen, coming March 2019.

Lee graciously took some time off from battling alien baddies to answer a few burning questions! Scroll down to read our exclusive Q&A.

“Ben 10 is a cartoon I love it very much, so working on this graphic novel is a great opportunity and a big challenge,” said Chen. “I’m enjoying drawing all the characters  — especially the aliens because they are really cool!”

Ben 10 introduces fun loving, 10-year-old, Ben Tennyson, his cousin Gwen and Grandpa Max, as they travel the country during summer vacation. Once Ben finds the Omnitrix, a mysterious watch that transforms him into 10 different heroic aliens, a world of extraterrestrial superpowers opens up to him. Ben 10 is produced by Cartoon Network Studios and created and executive produced by Man of Action Entertainment.

“The Ben 10 creators have mixed charming characters with absolutely unforgettable adventures that have you rooting for Ben at every chance,” said Whitney Leopard, Editor, BOOM! Studios. “We’re excited explore the mythology in comic book form, and Ben 10: The Truth Is Out There is the first graphic novel where we get to join Ben, Gwen and Grandpa Max in the Rust Bucket and explore the summer with them. There will be hijinks, there will be aliens, and there is going to be a lot fun.”

The Truth Is Out There, based on CN’s 2017 relaunch of the franchise, will be but the first in a series of original graphic novels that will ancho BOOM!’s publishing program for the property. The book features an appropriately heroic cover by artist Ling Chen (Regular Show).

CB Lee on Bringing Ben 10 to the Page:

Animag: As a writer who has created your own books, are the unique challenges (or perks!) of working with an established property?

Lee: In storytelling, I find that starting off with all the possibilities and a blank slate can be really daunting! You have to create the world — from how the magic or tech system works, the geography, the characters and who they are in this world — it’s a whole process. It’s incredibly fun but when you’re faced with building the world from the ground up, it’s really easy to not know where to start.

One of my favorite things about working with an established world is that the foundation is there and it really opens the door to be very creative. It’s challenging in a different way, because while the basics of the world are there — the tech, the aliens — it’s really a fantastic starting off point. I think we as people tap into a whole new creative side of ourselves when we aren’t given the whole toolbox and told to build from scratch, but when we give ourselves specific tools only and have to come up with a plan.

I’m also a huge people person and I love collaborating with others, so it’s been fantastic to work with the Ben 10 team and be able to bounce ideas and watch the story grow and evolve with everyone’s input. I would say a huge perk is getting to play in the sandbox with everyone else!

Are there certain elements of the Ben 10 story-verse you are especially interested in exploring in the comics?

Lee: I’m very excited to write all new adventures for Ben 10! One of my favorite things about everyday situations that can be so silly and just thinking about story prompts in general — a fun question I think about often is, “Okay, but what if — aliens?!” And now I get to write those what-ifs with Ben, Gwen and Grandpa Max and see what adventures result. I love cartoons so much and I remember just seeing the wild situations the characters on my favorite shows would get into, and I can’t wait to get to jump in.

What are your main goals/inspirations as a writer in tackling this series?

Lee: I’m really inspired by the show itself. Ben 10, at its heart, is an utterly delightful romp with aliens and family and friendship. I’m hoping to bring this element into the graphic novels and continue to tell these fun stories in a new medium.

Your work and interviews show that you care about diversity and representation. Is this something fans will see amplified in the Ben 10 graphic novels — and why do you think it’s important for animation/comics creators to support these issues?

Lee: It is important for representation to be reflected in the works of animation and graphic novels, especially because there are fans that deserve to see characters that look like them, who come from similar backgrounds, to see characters that reflect the actual population of the world. This is something I want to see reflected in all my work, original or licensed, and I hope that as we meet new characters and discover new places in the Ben 10 universe we’ll get to explore that. 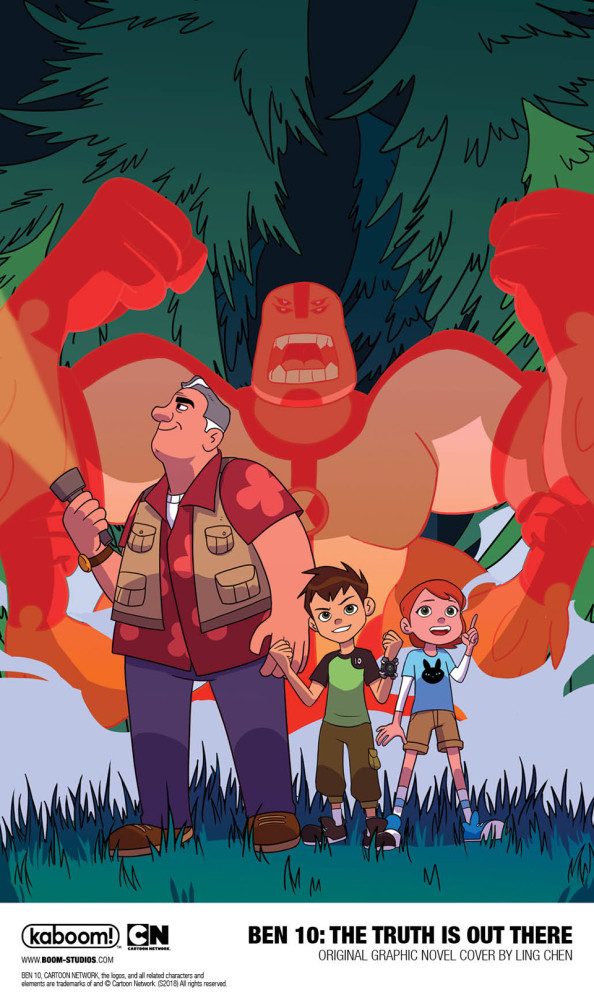 Ben 10: The Truth Is Out There 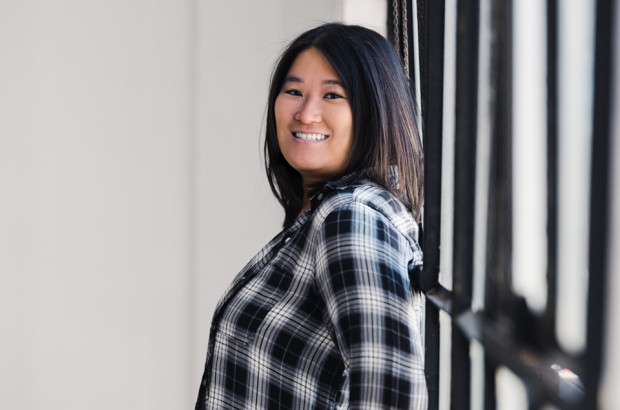