“With collections and must-have products from the most anticipated films of the year, we’re excited to showcase the full breadth and scope of WBCP’s DC Super Hero offerings in partnership with our super-powered global partners, programs and products at Toy Fair this year,” said Pam Lifford, President, Warner Bros. Consumer Products.

Wonder Woman hits theaters June 2, presenting global audiences with the Amazonian super hero’s first standalone feature film. In continuation of Wonder Woman’s 75th anniversary and in support of the upcoming film, WBCP and its partners created a line of products for fans of all ages. Global master toy licensee Mattel will unveil product from its powerful line, which will include a full toy line created in the likeness of the movie’s characters, collectible figures, dolls, playsets and role play. Wonder Woman will also be supported by global partners The LEGO Group  (movie-inspired construction set) and Rubie’s Costume Co. (movie-inspired costumes & accessories, all ages).

The LEGO Batman Movie from director Chris McKay and the team behind animated blockbuster The LEGO Movie will swoop into theaters February 10. The brand will feature in the LEGO showroom at Toy Fair NY, where WBCP and The LEGO Group will display 10+ original construction sets, recently launched at retail. The collection includes 18 LEGO construction sets and a full line of 20 exclusive minifigures, featuring exclusive versions of characters from the film. Fans can also build on the film experience with The LEGO Batman Movie: The Batmobile set, which lets fans rev up hours of fun racing through Gotham City or smashing through any obstacle in The Dark Knight’s way; and The LEGO Batman Movie: Batcave Break-in set, which invites fans to defend the Batcave from The Penguin, utilizing a range of Batsuits that allow them to take on Super-Villains via air, land or sea. Additionally, all-new LEGO BrickHeadz based on Batman, Robin, Batgirl and The Joker from the film will launch in March.

WBCP and DC Ent.’s DC Super Hero Girls L&M program has garnered many accolades and award nominations for 2017, including “License of the Year,” and continues to expand in its mission to empower girls to reach their heroic potential. Bolstering the multiplatform property will be all-new collections of original content and product. Featuring consistently in-demand items, master toy partner Mattel will offer all-new action dolls, action figures, and action role-play featuring fresh characters, vehicles and gadgets in Spring and Fall 2017.

The collection features the industry’s first 6-inch action figures designed for girls, and the first 12-inch collection of action dolls featuring strong, athletic bodies that stand on their own in heroic poses. In 2016, the Mattel toy line also received much recognition, including a TOTY nomination in the Action Figure category for the DC Super Hero Girls Action Figures.

WBCP and Mattel join forces to provide fans with two new lines in support of the hilariously-fun animated series Teen Titans Go! and the power-packed Justice League Action. These toy lines capture the action, fun, humor and personalities of the DC Super Heroes with action figures, core characters and vehicles inspired by the the heroic and hilarious series. The Teen Titans Go! program also includes a collection of fan-favorite Funko figures.

WBCP also continues to support a strong DC TV slate with The Flash, Arrow and​ ​Gotham. Its top franchises include Harry Potter and Fantastic Beasts and Where to Find Them; classic animation brands such as Scooby-Doo and Looney Tunes; hit TV series like The Big Bang Theory; and many more properties. 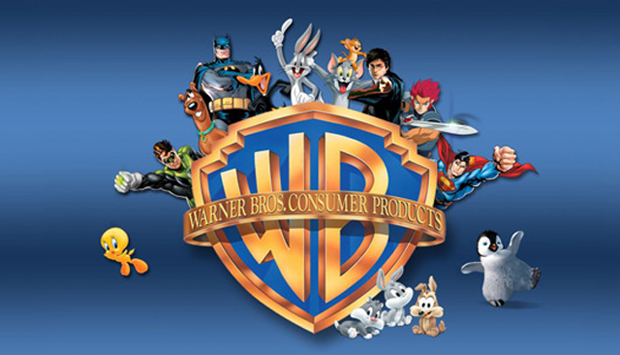