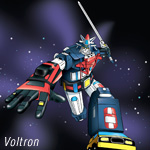 The revival of Voltron is picking up some major heat.

Extreme Concepts will create T-shirts and tops, while Dreamwave will produce swimwear and sleepwear. Both are divisions of the Bentex Group. Rubie’s will make costumes, while VIZ is signed on to create kids graphic novels based on Voltron Force and Dynamic Forces will publish comics and graphic novels based on the classic Voltron series.

Already on board with the franchise are toymaker Mattel and videogame company THQ.

“We are excited to reintroduce Voltron with top consumer products partners on board,” said Karyn Schneider, Vice President, Licensing at Classic Media. “With the dream team of Nicktoons, Mattel and THQ, now joined by these industry-leading partners, Voltron’s return will appeal to fans of all ages and the franchise is poised to take the world by storm, again!”

The premiere of Voltron Force will be the first original franchise-related television content in ten years. Following the premiere in the U.S., the series is scheduled to launch in 2011 with key broadcasters worldwide.

Meanwhile, a live-action feature film is being discussed with both Relativity Media and Atlas Productions eyeing the feature film rights to the property, according to a report on Vulture.com.

Harry Potter: The Exhibition Set to Take Manhattan
‘Mars Needs Moms,’ ‘Battle: L.A.’ to Duke It Out at Box Office