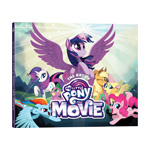 VIZ Media has slated some noteworthy animation-related additions to its upcoming publishing slate. During its official panel at pop culture and comics convention C2E2, held over the weekend in Chicago, VIZ announce two new Studio Ghibli titles. And, the company has partnered with Hasbro to print the official My Little Pony: The Movie art book, coming ahead of the film’s October 6 release.

Joining VIZ’s Studio Ghibli Library this December will be the Castle in the Sky and Princess Mononoke picture books, capturing the magic of Hayao Miyazaki’s iconic films with easy-to-read text and full-color stills from the film in family-friendly, oversized hardcover format, designed for readers of all ages. 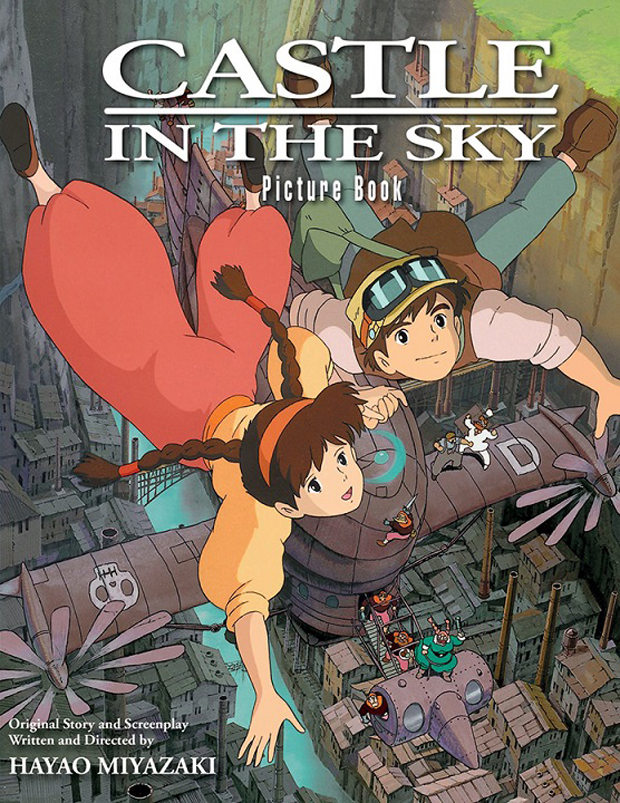 Castle in the Sky Picture Book

Castle in the Sky Picture Book: The legends were true! Somewhere high in the clouds, human beings have again set foot on the floating island of Laputa, for centuries a peaceful, parklike ruin, tended only by its silent, faithful robots. But just behind Pazu and Sheeta are soldiers from the aerial dreadnought Goliath – who have captured Dola and her pirate crew, and are now looting the gold and jewels of the Castle in the Sky for themselves! But the man who guided them there, Muska, has his eyes on power, not money – and he alone knows how to activate the castle’s ancient superweapons that could make him master of the world! Can Pazu and Sheeta stop his sinister plan? Includes scene-by- scene illustrations and character dialogue from the film. 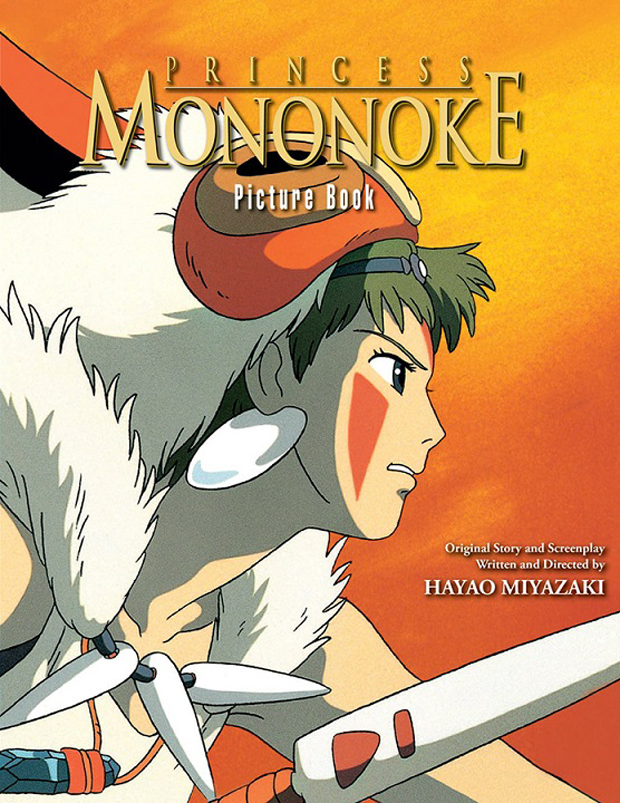 Princess Mononoke Picture Book: Marked with the curse of a rampaging boar god, young Ashitaka sets off on a journey to cure his mysterious affliction. From behind the walls of an iron-mining town, Lady Eboshi arises to smash all obstacles to technological development. And from out of the forest comes Princess Mononoke, driven by a hatred of all humans. Can she and Ashitaka ally in time to stop the wild lands from being destroyed? 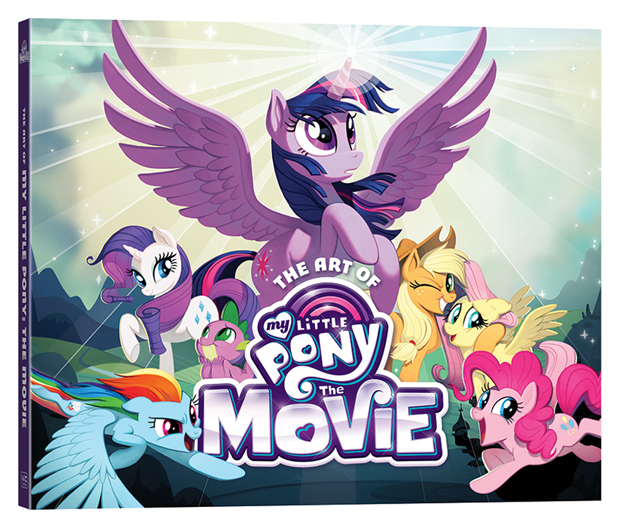 The Art of My Little Pony: The Movie

The Art of My Little Pony: The Movie will debut at retail and online on August 19. The physical edition is a deluxe hardcover filled with concept artwork, production stills, sketches and more, accompanied by insightful commentary from the artists, designers and animators who helped bring the Mane 6 to the big screen, MSRP $39.99 US / $53.99 CAN. The digital version will be available for $19.99 through VIZ.com and the VIZ Manga App, as well as on the Nook, Kindle, iBooks, comiXology and Google Play stores.

Check out the first-look clip and read more about the film here.

“An immeasurable amount of time, passion, and heart has gone into the creation of My Little Pony: The Movie, Allspark Pictures’ first full-length animated film,” said Michael Kelly, Head of Global Publishing, Hasbro. “The team at VIZ Media did a tremendous job bringing the movie making process to life in an exquisite book that is sure to be a collectors’ item.”