Nickelodeon and Viacom Consumer Products has appointed Vivid Group as the international master toy licensee (excluding US) for its recently debuted preschool series Nella the Princess Knight. Vivid will create a range of playthings, including dolls, figures, play sets, plush and role play items. New products will launch in spring 2018 in all territories outside of the US.

“Nickelodeon’s preschool properties have fueled the brand’s consumer products success abroad, and we look forward to even more growth in the space as we embark on this partnership with Vivid Group for Nella the Princess Knight,” commented Ron Johnson, EVP of Nickelodeon and Viacom Consumer Products. “Nella represents Nickelodeon’s unique twist on the traditional princess story, and we’re confident that Vivid is the right partner to bring this special property to toy aisles around the world.”

Nella premiered stateside in February, and will begin rolling out internationally next month. The 40 x half-hours series stars a confident 8-year old who likes dancing at extravagant balls just as much as she likes meeting fire-breathing dragons. When trouble stirs, this plucky young girl transforms into Nella the Princess Knight to protect her kingdom with the help of her unicorn, Trinket; loyal knight Sir Garrett; and Clod, Garrett’s trusty steed.

One of Europe’s leading branded toy and games companies, Vivid Toy Group Ltd. was acquired earlier this month by Privet Capital for an undisclosed amount, and is planning to use the backing capital to further accelerate its growth. 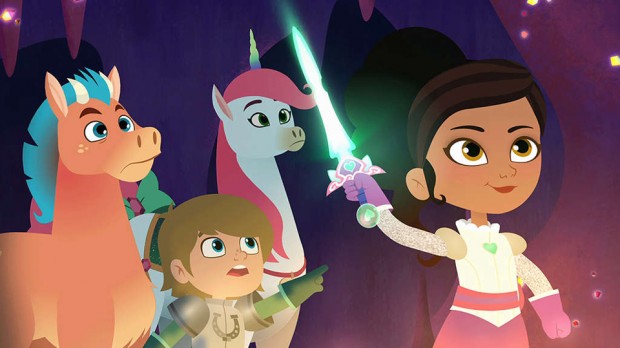