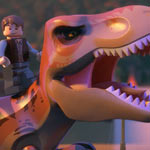 Attendees of the colorful Nuremberg Toy Fair this week will be the first to see three all-new construction sets inspired by Jurassic World, created under an expanded partnership between Universal Brand Development and the LEGO Group. The deal will also deliver all-new animated content and, for the first time, a lifestyle collection. Running up to the June, 22 release of Jurassic World: Fallen Kingdom, construction sets spanning ever LEGO age demo, two animated adventures to follow the fun of The Indominus Escape, and a collection of soft lines and publishing will roll out.

“Fans embraced LEGO Jurassic World with our initial product launch, and we couldn’t wait to come back and give them more of what they love with new ways to play and new opportunities to interact with the brand,” said Vince Klaseus, President of Universal Brand Development. “The expansion of our partnership reflects Universal’s objective to create lifestyle programs and engaging fan experiences that reach every age category, 365 days a year.”

The announcement did not give details on the new toon titles, but here’s what Master Builders can look forward to:

In April, LEGO will globally launch 13 JW sets across its LEGO Systems (ages 6+), LEGO Juniors (ages 4-7) and LEGO DUPLO (ages 2-4) categories; plus collectible BRICKHEADZ (only at Walmart) and other retailer exclusives at Walmart and Toys ‘R’ Us. The partners are ready to reveal three of these, with further sets and info to be announced at New York Toy Fair in mid-February.

LEGO Blue’s Helicopter Pursuit – Builders can unite Owen with his lead Velociraptor in this set designed for fans, ages seven and up. The set includes a quadbike, helicopter, featuring rotating blades and dual searchlights. The set also includes three minifigures: Owen, Wheatley and a pilot, plus Blue, the Velociraptor.

LEGO Juniors T. Rex Breakout – Children as young as four can play along and build a poseable T. rex, opening gate and a truck with Quick Start chassis. This LEGO Juniors set includes easier building instructions and quick start elements as well as three minifigures and a baby dinosaur figure.

LEGO DUPLO T. Rex Tower – This new LEGO DUPLO set is suitable for builders, ages two and older. This easy-to-build dinosaur features large building bricks and is great for creating endless role-play stories! Toddlers and their parents can build this set together, which features a T. rex with opening jaw, revolving lookout tower, car and an Owen LEGO® DUPLO® figure. 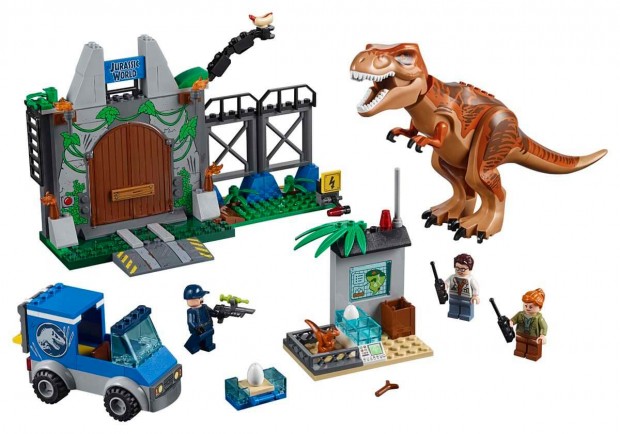 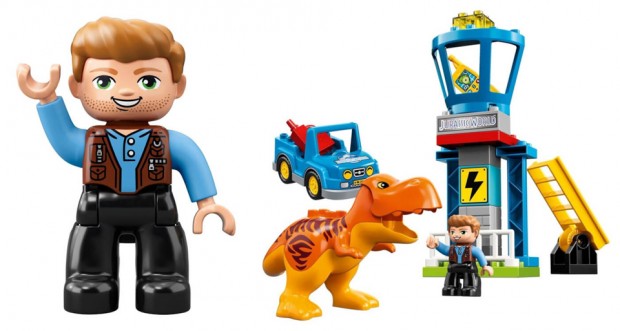