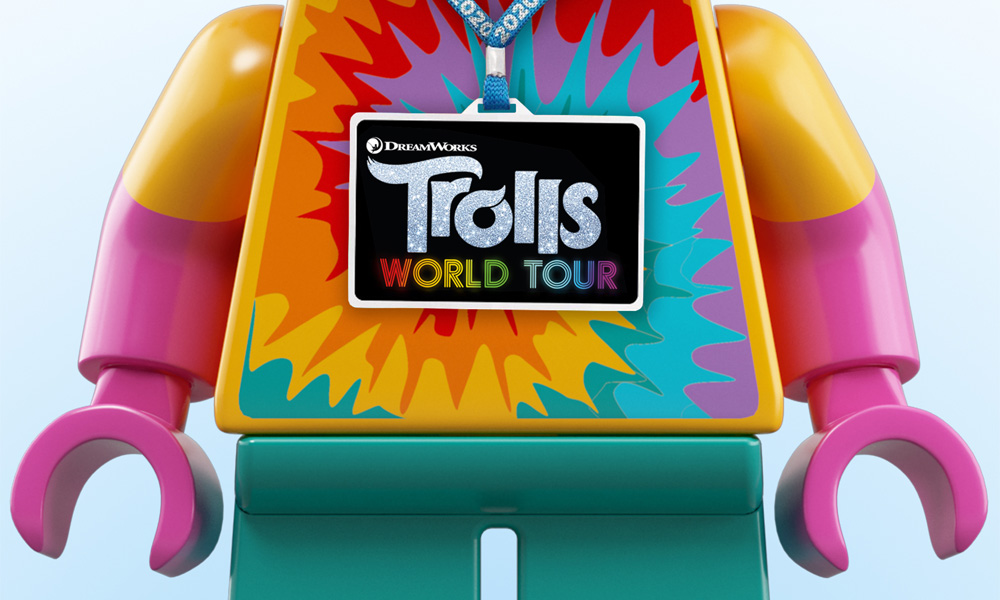 Universal Brand Development and the LEGO Group announce that the DreamWorks Animation’s Trolls franchise is the newest addition to their expansive licensing partnership. Inspired by characters and scenes from the upcoming second movie Trolls World Tour, LEGO Trolls construction sets will be available worldwide next year.

“We are excited to build upon our successful partnership with Universal by adding the popular Trolls franchise into our collection,” said Jill Wilfert, VP Licensing & Entertainment for the LEGO Group. “The first film was a colorful celebration of positivity that appealed to a wide audience, and we see a lot of potential in the Trolls’ universe to inspire compelling, creative play experiences.”

DWA’s Trolls premiered in theaters in 2016 and has grown to become one of the largest global entertainment brands. The highly anticipated sequel, Trolls World Tour, will premiere in theaters globally Spring 2020, and episodes of the original series, DreamWorks Trolls: The Beat Goes On!, are now streaming on Netflix.

“We’re thrilled to be expanding our partnership with the LEGO Group to include the Trolls franchise,” said Joe Lawandus,SVP & General Manager, North America Consumer Products, Universal Brand Development. “Our collaboration with the LEGO Group will bring the Trolls’ vibrant world to life with construction sets that inspire creativity and open up new and exciting play patterns for the brand.”

Details of the LEGO collection will be revealed at a later date.