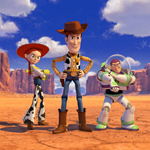 In all, LIMA presented 15 International Licensing Excellence Awards recognizing the best and most successful licensed properties and products in seven categories. Nominations were solicited worldwide from across the licensing industry and winners were chosen by a vote of the LIMA membership.

All awards are based on calendar year 2010. The winners, by category, are: