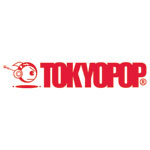 Manga and anime publisher Tokyopop has announced it will close the doors on its remaining U.S. publishing operations effective May 31.

According to a statement from the Los Angeles-based company, Tokyopop’s film and TV projects and its European publishing will not be affected. It will maintain an office in Hamburg, Germany, to handle global rights sales.

Move comes just as the company’s first major feature film — an adaptation of the Korean manwha title Priest — is due to open on May 13.

The company was founded by Stu Levy in 1997 as Mixx, but didn’t take off until it had changed its name to Tokyopop and began publishing Japanese manga in its original right to left format. Previously, manga re-published in English had been flipped to read left to right. That put the company front and center for the explosion in popularity in manga that swept through American bookstores in the past decade.

The company struggled in the past three years as sales fell on manga, which saw its popularity slipping, as well as the slow economy and financial problems at major book seller outlets such as Borders. The company also lost its licenses in 2009 with Japanese manga giant Kodansha.

On the company’s website, founder Levy posted a goodbye letter` that reads in part:

In closing, I simply want to thank all of you – our incredibly talented creators from all over the world, our patient and supportive business partners and customers, our amazingly dedicated TOKYOPOP team – full-timers, part-timers, freelancers and interns, and of course the greatest fans in the entire world. Together, we’ve succeeded in bringing manga to North America and beyond.