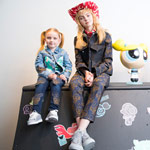 Read on for animated highlights from the world of licensing & merchandising, fashion, fun and collectibles from New York Toy Fair 2018 and beyond.

Sunny Day Glam Van Caddy – Features lots of storage, and opens up to reveal a mirror and dozens of fun accessories. Comes with 47 pieces, including a colored hair extension, 4 hair barrettes, 40+ nail stickers, and a bangle with stickers to decorate. ($19.99, Kids 3+)

Disney’s Tangled: Maximus – Stands over 2 feet tall, suitable for children up to 150lbs to sit on. Maximus makes neighing and trotting sounds, move his head up and down when reins are pulled, hold his apple in his mouth and make “chomping” sounds. Comes with hair brush and hair accessories. ($99.99, Kids 3+)

Disney-Pixar Incredibles 2: Power Couple – Elastigirl and Mr. Incredible; includes over 50 sounds and phrases. Elastigirl stretches and can be launched up to 20 fee — comes with three practice targets. ($29.99, Kids 4+)

Disney-Pixar Incredibles 2: Jack-Jack Attacks – Press on Jack-Jack’s tummy to hear him laugh, giggle, babble, cry, and shout. Repeatedly pressing or pressing and holding will result in Jack-Jack cycling through his “powers.” ($14.99, Kids 4+)

Shall We Be Fancy Talking Fancy Nancy Doll – Press the butterfly on the 18-inch doll’s necklace or accompanying light-up butterfly bracelet to hear Nancy say 38 phrases and sing songs from the TV series. Features nine points of articulation. ($49.99, Kids 3+)

Nintendo:
WORLD OF NINTENDO Mario Kart Motorcycle RC Racer – 2.4 GHz remote control vehicle operates in standard mode or in “anti-gravity” mode for up to 100-feet. Racer can drive forward, backward, and side-to-side in the “anti-gravity” and race modes. ($39.99, Kids 5+)

Care Bears and master toy partner Just Play announced that nine-year-old Emma Vodenik took the grand prize with her design for a pink bear whose “quilted belly badge is made up of special fabric pieces gathered from those this endearing new bear loves the most.” Emma won one of the first plush Piece of Heart Bear toys (displayed at New York Toy Fair) and $3,500 cash — second (Serena Keville) and third (Kaylee Clancy) place winners win $2,000 and $1,000, respectively. The contest, which receive 1,600+ entries, was kicked off in honor of the brand’s 35th anniversary last year.

“We were impressed by all of the fantastic submissions that were received and are thrilled to debut Piece of Heart Bear,” said Geoffrey Greenberg, Co-President, Just Play. “Care Bears have always brought out the best in people – while celebrating empathy, kindness and inclusion – and we think the Create My Care Bear contest was a wonderful opportunity for fans to reach into their imaginations and become part of the Care Bears story.”

Dark Horse Deluxe and HBO Preview New ‘Game of Thrones’ Products
The successful partnership between Dark Horse and HBO Licensing and Retail for keen Westerosi goodies inspired by Game of Thrones continues with new products and figures on display at Toy Fair. Revealed on the show floor were the Targaryens’ Dragonstone Throne Replica, Dragonstone Gate Bookends, Cersei’s Map of Westeros Puzzle, and Daenerys’ Map Markers from season 7 — including Houses Targaryen, Stark, Lannister and Greyjoy as well as Unsullied and Dothraki forces.

“We are so excited to partner with Firefly Brand Management and to be working with Cynthia Modders and all of her enthusiastic team,” noted Marco Piccinini, Licensing Manager, Atlantyca. “This is the ideal time for us to build on Geronimo Stilton’s North American presence and to launch a complete and dedicated licensing and promotional program throughout the US and Canada. We look forward to bringing Geronimo Stilton’s many young fans a whole new selection of products and merchandise in a variety of new and exciting categories!”

‘Oddbods’ Signs Year-Long Partnership with National Express
One Animation has teamed with the UK’s largest coach operator, National Express, to bring the madcap Emmy-nominated adventures of Oddbods to passengers nationwide. Riders will get access to over 200 minutes of content via the on-board VUER entertainment system, as well as activity pages and competitions in The View magazine through the year. Starting in July, fans will be able to hop aboard a branded coach sporting all seven colorful, quirky and lovable characters.

Cartoon Network Teams with British Designer Katie Eary for ‘Powerpuff Girls’ Fashion
Unveiled ahead of London Fashion Week, Cartoon Network classic The Powerpuff Girls have inspired yet another great fashion collab, this time with designer Katie Eary’s first-ever womenswear collection, for Autumn/Winter 2018. The 15-piece collection includes tops, sweatshirts, dresses and trousers, as well as a “mini-me” range for “powerful women and aspiring young girls.” The line will be available at select department stores and boutiques across Europe, North America and Asia Pacific. (www.katieeary.co.uk)

“Our licensing and merchandising program in the U.S. for Rainbow Rangers is developing with an all-star line-up of partners, and we anticipate Alicom and Centa IP to join forces with licensing and retail partners in their respective territories that fully share our vision for this special brand,” commented Lloyd Mintz, SVP, Global Licensing, Genius Brands.

Shell Hog Motorcycles: Leonardo’s hog and Michelangelo’s come with exclusive figures and come equipped with spring-loaded projectiles, adjustable seat, and ability to connect to each other.

Turtle Tank: Two toys in one! In vehicle mode, the cab opens with seats for two Turtles, then Donatello’s removable lab pops up as a mobile command HQ. Equipped with projectiles; compatible with Shell Hogs and Basic figures.

Vault by Vans Dives in with ‘SpongeBob SquarePants’
Nickelodeon’s beloved Bikini Bottom-dwellers are coming to kicks (and more) near you soon through a partnership with Vault by Vans. This spring, fans can get their hands on limited edition SpongeBob SquarePants footwear (Sk8-Hi, Authentic and Slip-On styles in adult, youth and toddler sizes), apparel and skate decks featuring vibrant, kitschy, original illustrations of SpongeBob and pals. The collection retails from $45-260 and launches globally Feb. 24 at select Vault accounts. (www.vans.com/vault.)

“SpongeBob SquarePants is loved by trendsetters around the world, but this limited edition collaboration elevates his style even further, offering something new and unique for his audience” said Jose Castro, SVP of Nickelodeon Soft Lines Licensing and Global Fashion Collaborations. “Vault by Vans has combined our iconic SpongeBob characters with its iconic aesthetic and we think fans of all ages are going to love the result.”

Bluefin Marks ‘Totoro’ 30th Anniversary’ with Studio Ghibli Collection
Leading North American distributor of Asian toys, merch and collectibles Bluefin introduced Toy Fair attendees to its new Studio Ghibli lifestyle brand! Bluefin is an official NorAm master distributor for products inspired by the iconic anime studio, with a catalog of over 250 SKUs from a variety of officially Japanese licensees. The collection on display feature over 100 unique items. Some highlights were:

No Face, Jiji, Kodama Coin Banks: Final production run for 2018 is available now. These unique and collectible products are not expected to be produced for the North American market again.

Hasbro Teams with Netflix for ‘Super Monsters’
As global master toy licensee, Hasbro will be creating a scary-fun PLAYSKOOL line of toys and games inspired by Netflix animated preschool series Super Monsters (season 1 available now, season 2 launching in October). The show follows preschool-aged descendants of famous monsters on their adventures as they learn to master their special powers. Hasbro’s product line will include collectible figures of the core cast, plush, playsets, vehicles and role play items. A US launch is planned for fall 2018, with additional markets to follow in 2019.

Nick, Hasbro Partner for Preschool Series ‘Top Wing’
Nickelodeon has tapped Hasbro for a strategic partnership to create a product line of figures, vehicles and plush inspired by 9 Story Media Group’s Top Wing. The show will launch in the US in Spring 2019. The PLAYSKOOL line will let young fans join the team on action-packed rescue missions inspired by the characters and adventures seen in the show; toys will launch this fall in the US followed by international markets.

“Nickelodeon’s preschool portfolio has a powerhouse roster of content and the action-packed series Top Wing is poised to be another runaway fan favorite,” said Pam Kaufman, Chief Marketing Officer and President, Consumer Products, Nickelodeon. “This partnership will be our first preschool master toy deal with Hasbro done on a global scale, which mirrors our content roll-out strategy to introduce Top Wing domestically first, followed by international markets. We can’t wait to see our fans earn their wings as they bring the adventures of Swift, Penny, Rod and Brody to life with this new toy line.” 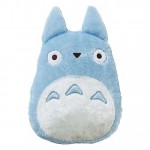 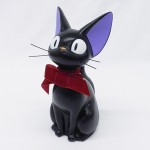