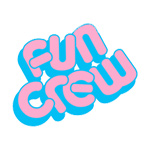 Technicolor has optioned the rights from Fun Crew to develop and produce 52 11-minute episodes of the 2-D digital animated children’s series, Cosmo, Bud & Boo, which the company will debut at Kidscreen Summit 2014.

Cosmo, Bud & Boo is being co-developed with Debbie MacDonald, who previously served as an executive at Nickelodeon U.K., where she was responsible for award winning and nominated commissions and acquisitions including: Peppa Pig, Ben & Holly’s Little Kingdom, Humf, Poppy Cat, Fifi & the Flowertots, Olive the Ostrich, Tickety Toc and Roary the Racing Car.

An original comedy series for children ages 4 to 7, Cosmo, Bud & Boo is about three bears, one of which is a boy in a bear suit.

“We are excited to work with Fun Crew and Debbie MacDonald to bring the series to life and look forward to presenting the concept to potential partners at the upcoming Kidscreen Summit,” says Steven Wendland, VP and head of creative for Technicolor’s Animation & Games business.