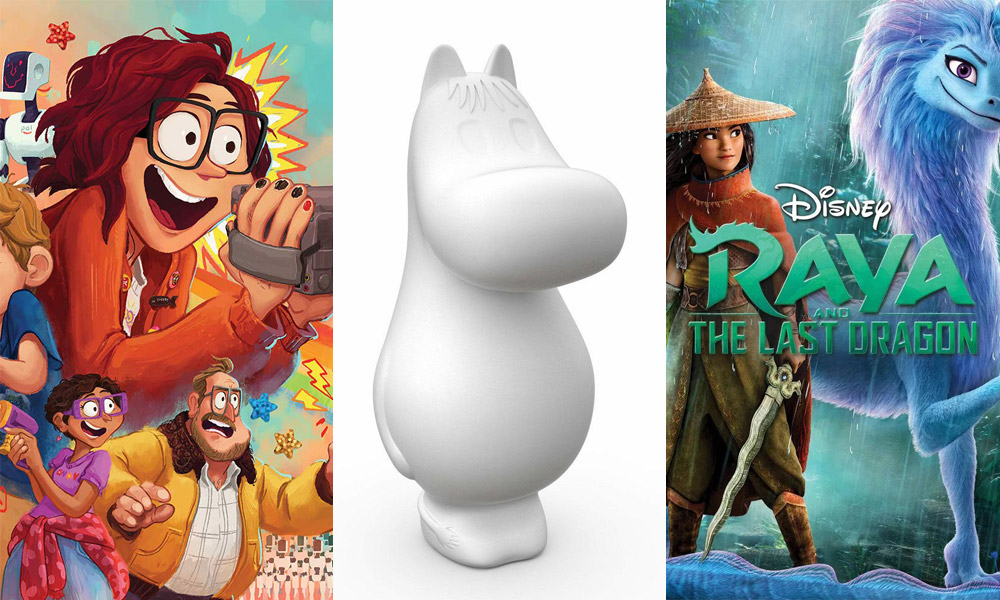 The Art of The Mitchells vs. The Machines | Moomin X Melaja Lamps | Raya and the Last Dragon

Ushering in a new era of heroic Disney Princesses, the studio’s latest original fantasy-adventure is questing to disc with a new traveling companion: Zach Parrish’s short Us Again. From directors Don Hall and Carlos López Estrada and co-directors Paul Briggs and John Ripa, the movie brings the lush Southeast Asian-inspired world of Kumandra to life as we follow Raya (Kelly Marie Tran) on her mission to find the last dragon (Awkwafina) in order to restore harmony to the land and repel the monstrous Druun. The new release also boasts deleted scenes, outtakes, Easter eggs and in-depth special features. (Tuk Tuk not included.) [Disney, DVD $20 | BD $25 | 4K $30] 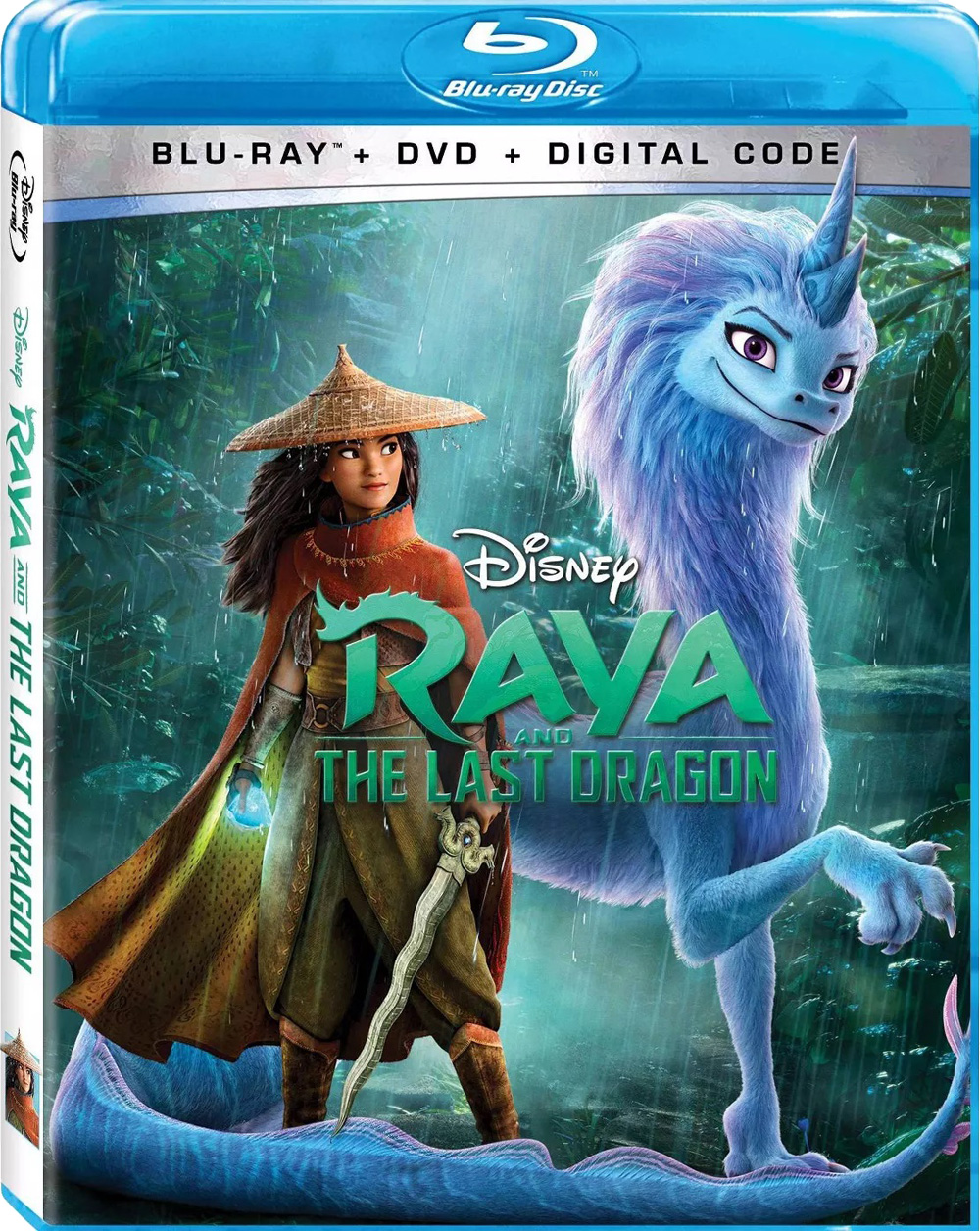 When the old monkey Prince Laurent runs aground on an unknown shore, he is found and taken in by young Tom and his parents, a couple of scientists who were banished from their community because they believe in the existence of other monkey civilizations. Thus the beautifully crafted intrigue of Jean-François Laguionie’s (The Painting) latest animated feature begins to unfold in vintage-toned 2D/3D. Co-directed by Xavier Picard (Moomins on the Riviera), the Annecy, Stuttgart and Locarno-selected film is produced by France’s Blue Spirit and Luxembourg’s Melusine, and arrives on Blu-ray in North America complemented by a bonus directors’ interview and a study of the “Ice Flow” sequence. Another enchanting European indie to add to your collection! [Shout! Factory, BD $20] 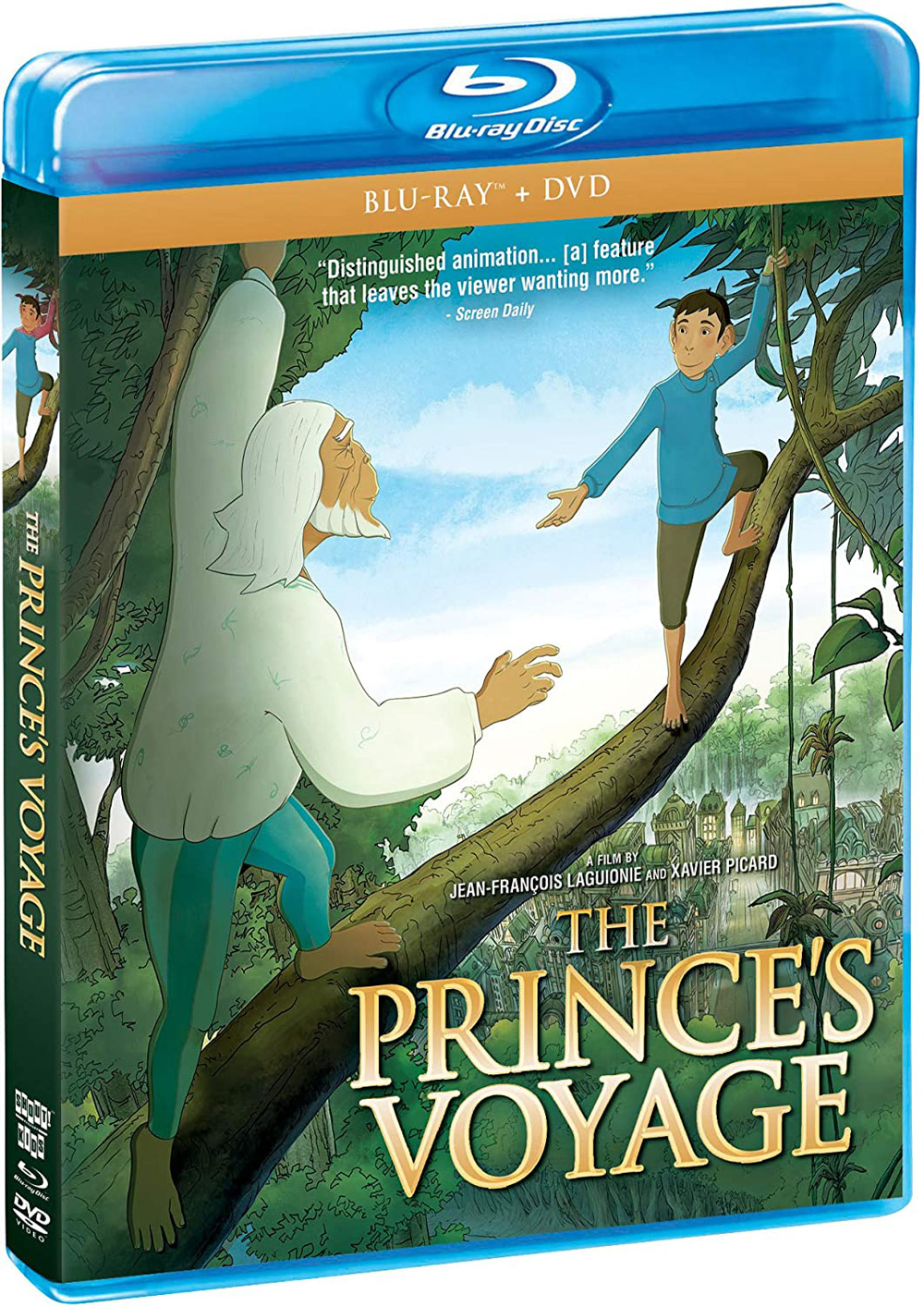 The Art of The Mitchells vs. The Machines

Find out how the artists at Sony Pictures Animation prepared for the robocalypse in the official behind-the-scenes book, penned by Animag‘s own Ramin Zahed with a foreword by Debbie Rianda — mother of writer-director Mike Rianda and the inspiration for Linda Mitchell. Explore this very different family road trip flick through concept art, sketches and early character designs as well as exclusive commentary from Rianda, co-director/writer Jeff Rowe and producers Phil Lord and Chris Miller. From the artsy sparkle of “Katie-vision” to the many bug-eyed faces of Monchi the pug, this Art-of is a 200+ page joyride from cover to cover. [Abrams, $40] 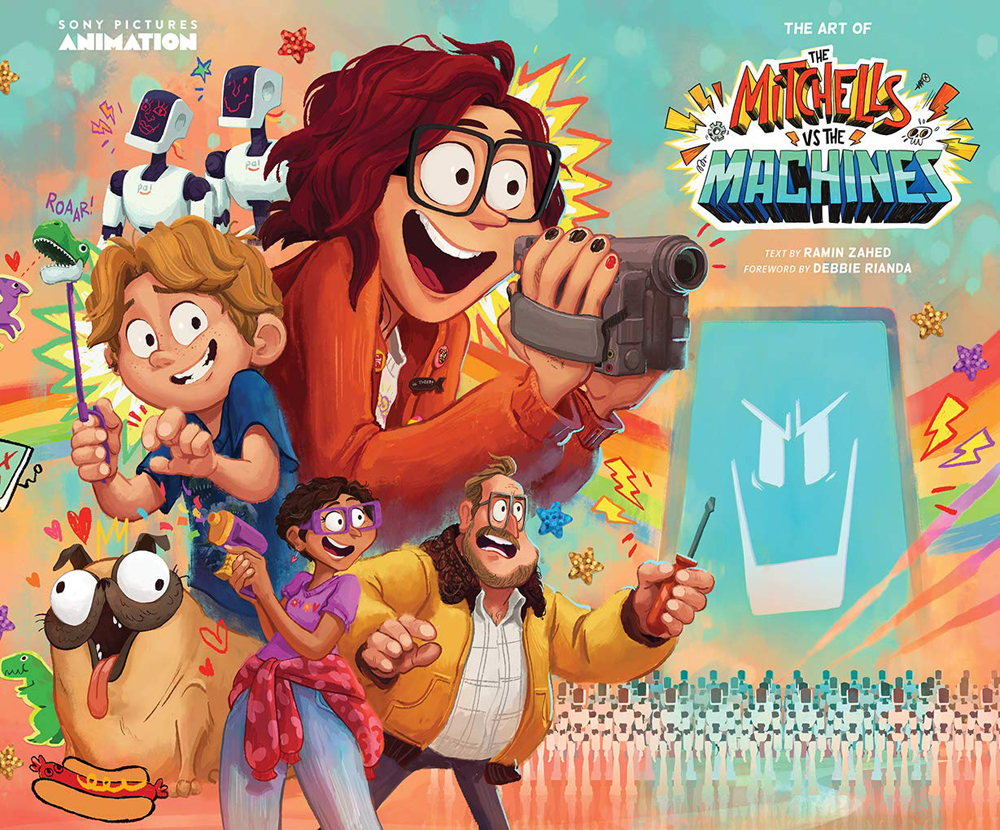 The Art of The Mitchells vs. The Machines

The Art of Eric Guillon: From the Making of Despicable Me to Minions, The Secret Life of Pets, and More

Get inspired by the playful, visionary designs of the French animation artist who has helped bring Illumination’s smash-hit films to life with color, character and a certain je ne sais quois. A visual feast for fans of the films as well as fellow artists and admirers of fine draughtsmanship, the 384-page hardcover offers striking insights into Guillon’s process, illuminating outtakes and brainstorms on the journey to the screen. Featuring in-depth interviews with the artist as well as a foreword from Illumination founder Chris Meledandri, the book is authored by France & U.S. film journalist Ben Croll. [Insight Editions, $60] 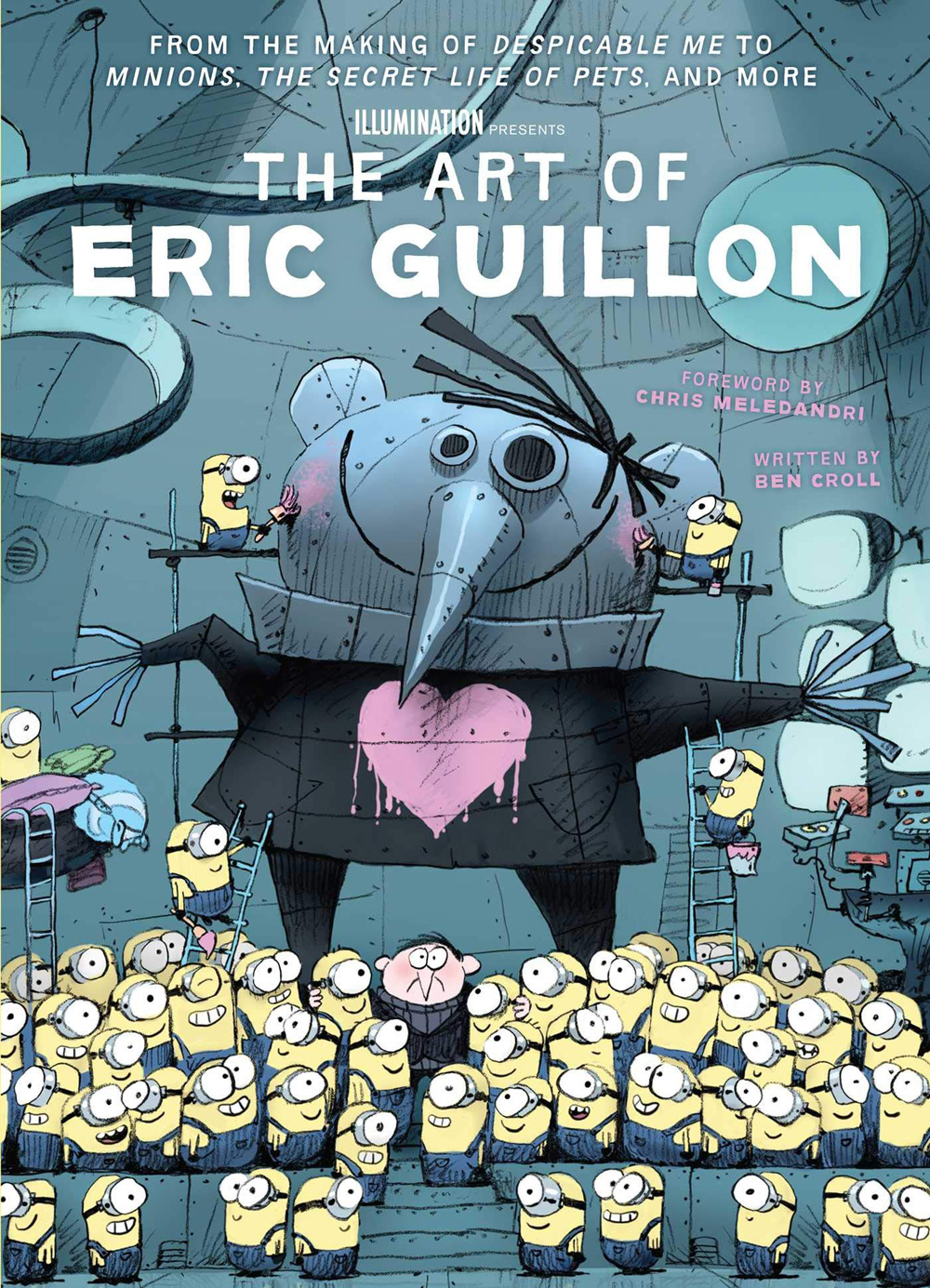 The Art of Eric Guillon: From the Making of Despicable Me to Minions, The Secret Life of Pets, and More

The perfect combination of whimsy and style, celebrating Tove Jansson’s classic characters through the vision of the legendary Finnish design company. The all-white molded plastic pieces come in three styles — Moomintroll, Snorkmaiden (pictured) and Haittifatteners — size small (30cm/12″) or medium (50cm/20″). They do have the European plug, but isn’t brightening your home a better job for your travel adapter than gathering dust in the drawer with your passport? [shop.moomin.com, €169-299 / ~$207-366 USD] 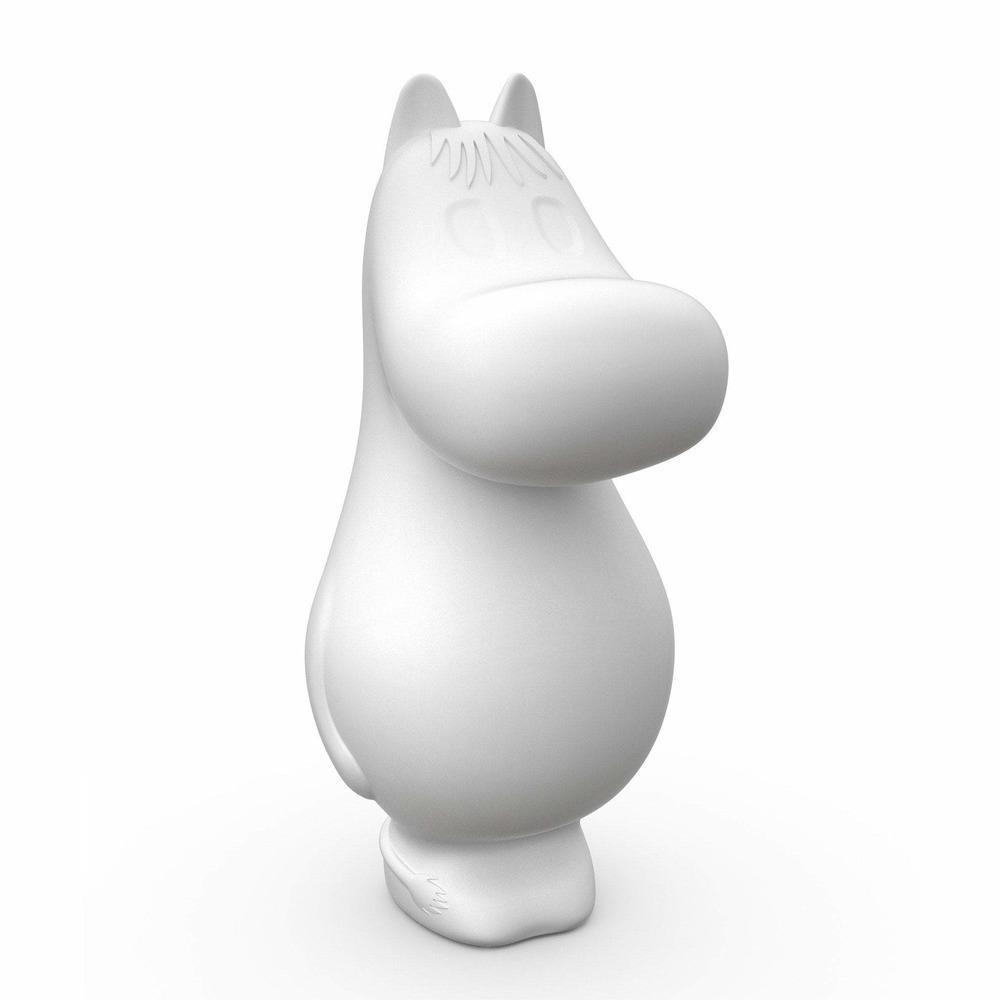 The debut board game inspired by the hit Netflix original series, developed by Brotherwise Games in partnership with show creators Aaron Ehasz and Justin Richmond’s Wonderstorm. Set in the rich, diverse fantasy world of Xadia, the strategy game features detailed miniatures of eight heroes and villains, six battle maps and illustrated attack/ability cards to super-battlecharge the play. Pre-orders open in June, so don’t miss out! [brotherwisegames.com/thedragonprince, $40] 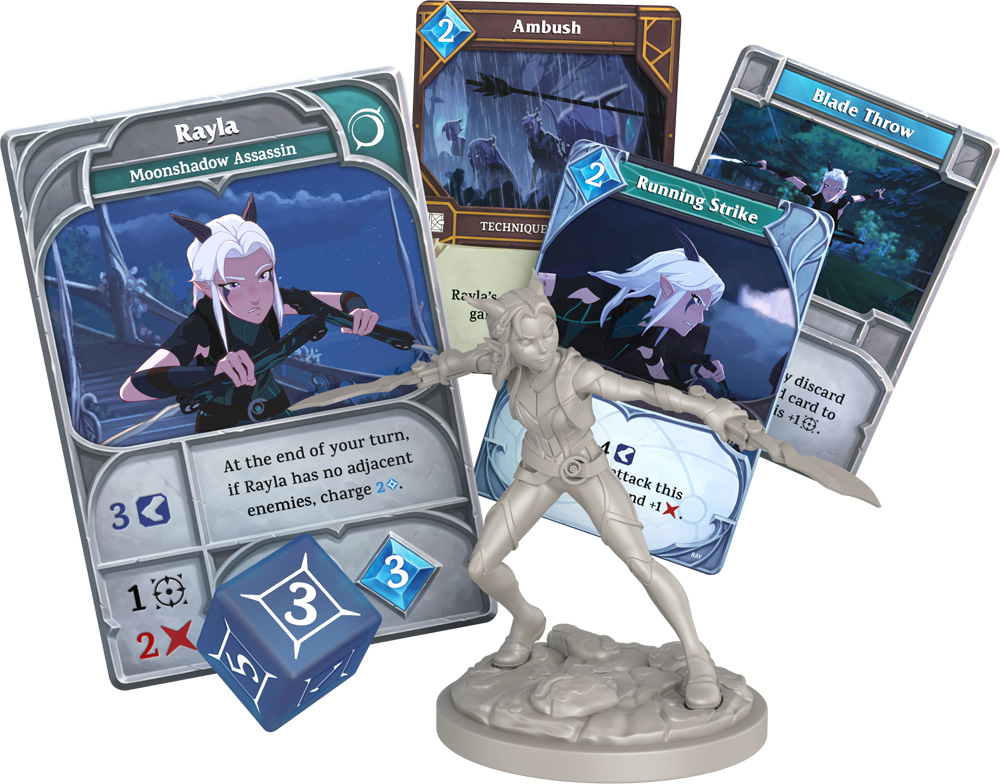