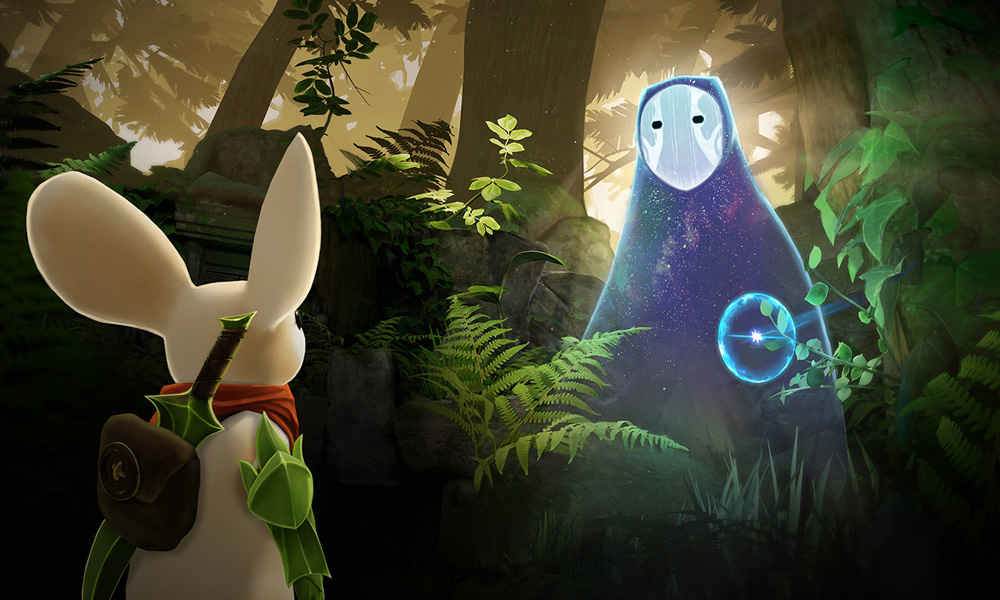 The onslaught of San Diego Comic-Con announcements got us (and our shopping list) in an extra-geeky mood. Although, don’t ask how this is different from every other month…

The world has gone digital, and while we’d all like to spend our sunny afternoons sketching on real paper under a tree in the park, chances are all you animation, VFX and game whizzes are in front of a screen most of the day. (As are we, trying to keep up with your amazing work!) That’s why this reviewer is 100% here for Gunnar Optiks Computer Eyewear.

The only patented glasses out there recommended by doctors to protect and enhance your vision, Gunnar lenses filter blue light and UV, reduce glare and deliver distortion-free optics — all in lightweight (and actually, quite hep) frames. I was sent the “Vertex” style with 65 BPF (blue light protection factor), which sells for $50 on their site, to try out. As someone with poor eyesight, I was sure that having to wear my contacts in order to use the glasses (prescription lenses are available) would counter any positive effects.

Boy, was I wrong. Even with hunks of plastic stuck to my corneas, I noticed a major reduction in the usual feeling of dry, fatigued eyes and weakened vision that comes with 10 hours of computer time. Gunnar offers tons of both practical options — BPF level, prescription lenses, fit/nose bridge — and aesthetic ones. So, customers can easily find protective specs or sunglasses that fit their work needs and their cute faces. This includes a 10 BPF “Crystalline” tint designed for artists who need to work in true color. Give yourself a present and protect those peepers! www.gunnar.com

Drawn: The Story of Animation
Presented by Cartoon Network and HowStuffWorks, the new podcast hosted by Holly Frey (Stuff You Missed in History Class) digs into the evolution of animation over the last century. Touching on topics like music, consumer products and the roles of women in the industry, the 10-episode first season features great guests, like Rebecca Sugar, Ian Jones-Quartey and Tara Strong. Subscribe on iTunes or wherever you fill your earbuds. 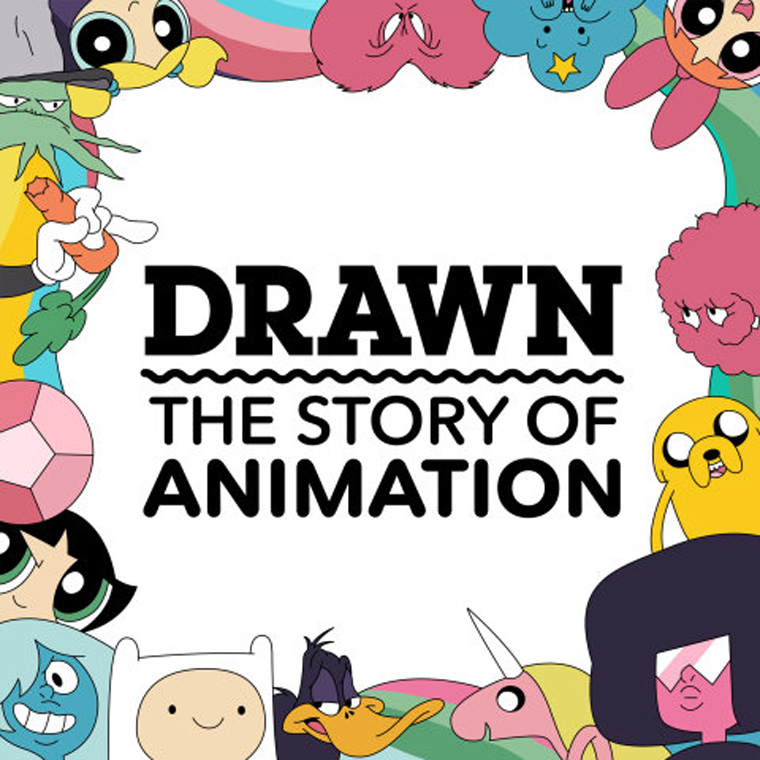 Drawn: The Story of Animation

Moss VR
The adventures of a courageous mouse named Quill have been creating big buzz since Polyarc’s inventive game debuted at E3 ‘17. Now, players can take on an omniscient role to help Quill solve puzzles and complete her magical quest on a number of platforms, since its exclusive launch on PlayStation VR earlier this year. Join Quill in her immersive, mystic forest world via Steam, Oculus Rift and HTC Vive today! 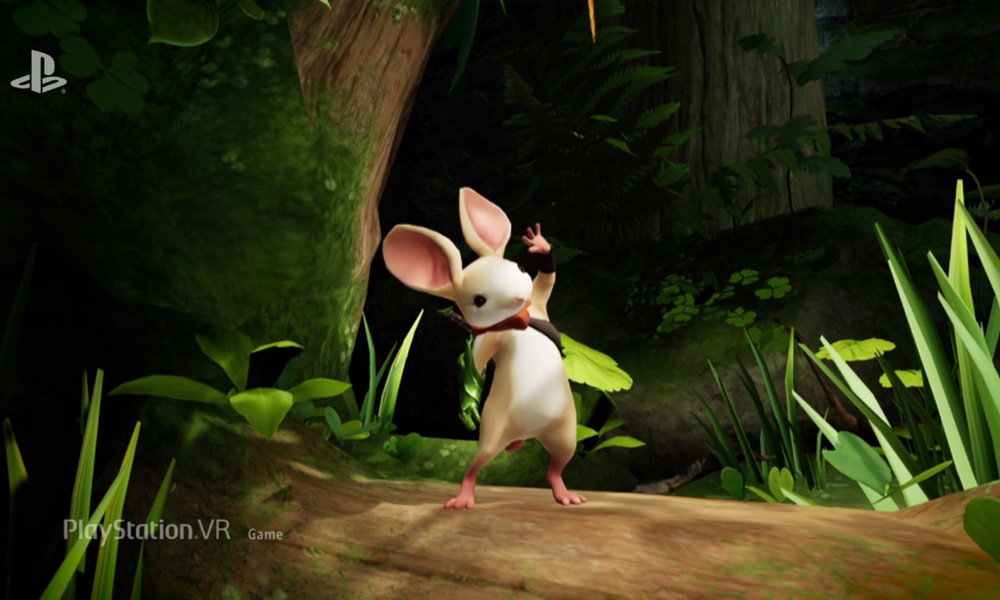 Lucas the Spider: The Plushie
What started as a simple CG character practice project for Joshua Slice has turned into a YouTube sensation (100+ million views in less than six months), netting the former Disney-Pixar animator a deal with Total Drama Island) producer Fresh TV and inspiring a must-have plush sure to cure any arachnophobe. The pre-order period on Teespring.com saw the li’l guys sell out (40K sold in just 10 days), but more will be available in November after the first batch ships. 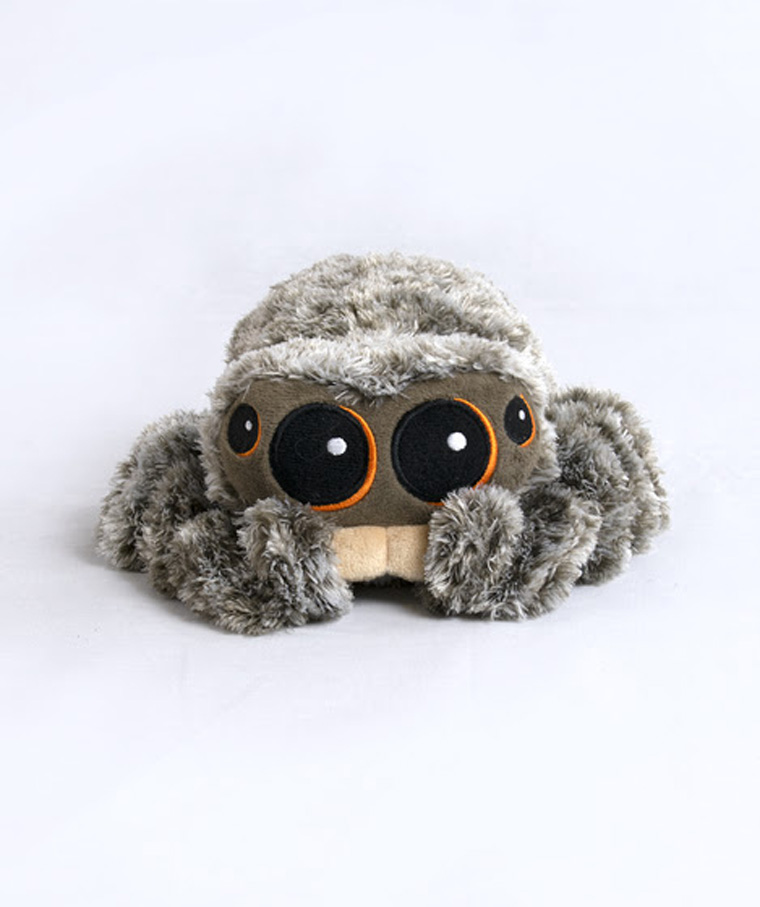 Gravity Falls: The Complete Series Collector’s Edition [Shout!, $60 | $100 BD] Fans can finally collect all 40 episodes of Alex Hirsch’s Emmy-winning Disney toon in one place with this complete series box set. The CE set includes an entire disc of extra features, with new exclusives including commentary on every episode, deleted scenes and featurettes. Also available as a six-disc standard edition. 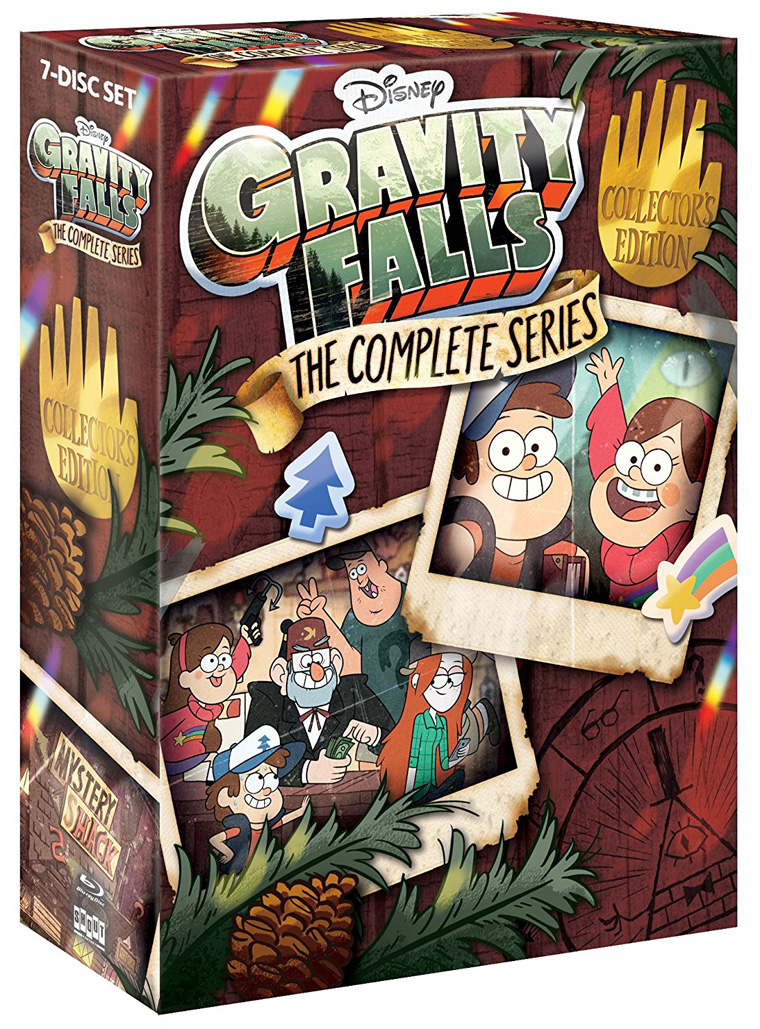 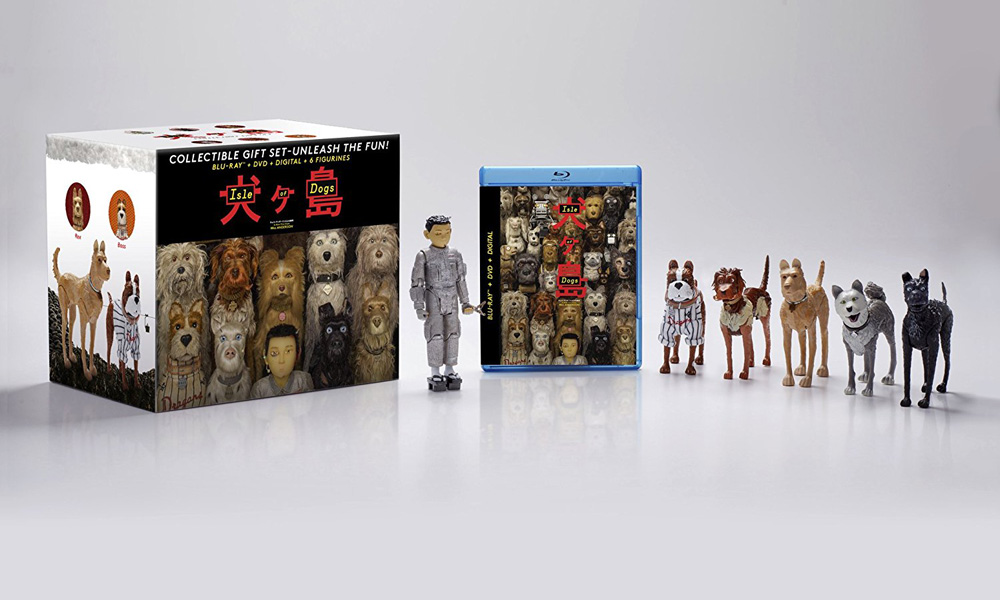 Peter Pan: The Walt Disney Signature Collection [Disney, $27 BD] Return to Neverland with Peter, Tinkerbell and the Darling children with this 65th anniversary set, featuring hours of bonus features. In addition to legacy extras, the new release includes Stories from Walt’s Office: Walt & Flight, A Darling Conversation with Wendy & John (voice stars Kathryn Beaumont and Paul Collins), and new “Oke” renditions and graphic makeovers for classic song “You Can Fly” and deleted number “Never Smile at a Crocodile.” [June 5] (Psst! The Incredibles also came out of the vault for its first 4K Ultra HD release.) 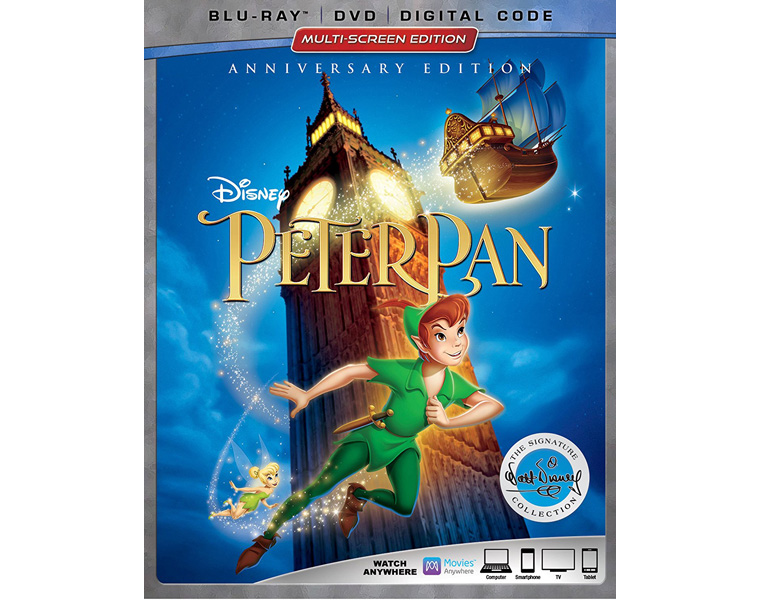 Satellite Girl and Milk Cow [Shout! $14 | $22 BD] Brought to NorAm by GKIDS, the Asia Pacific Screen Award-winning feature from Korean director Chang Hyung-yun and producer Cho Young-kag (The Fake) is your classic boy-meets-girl story. Except the girl is defunct satellite lured to Earth by a sad love song and turned into a human female with rocket feet, and the boy is a loser indie musician turned into a cow by the same magical misfire. With the wizard-turned-T.P. roll Merlin on their side, can they escape the pig witch and live happily ever after? Set also includes Chang’s short Coffee Vending Machine and Its Sword. 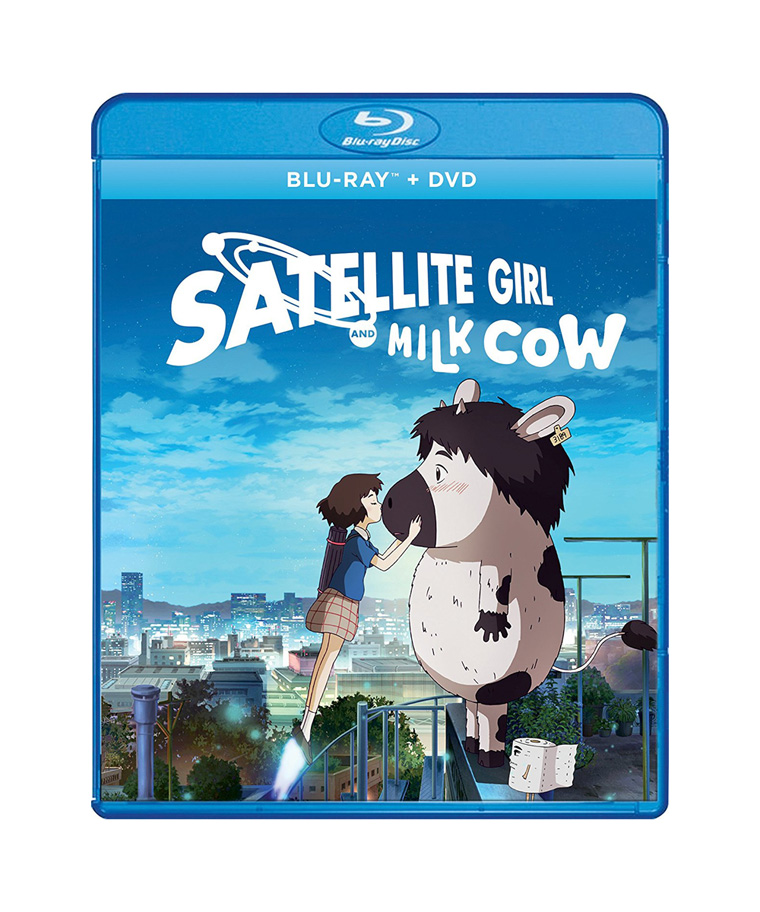 It’s All in the Mind: Inside The Beatles’ Yellow Submarine, Vol. 2 [Hieronimus & Co.] Coming in late summer (after the film’s 50th anniversary theatrical re-release), this follow up to the 2002 Making of book includes interviews with newly uncovered contributors to the psychedelic masterpiece, as well as more information on principals Heinz Edelmann (art director), George Martin (music director), Bob Balser and Jack Stokes (directors of animation). From the practical challenges of animated filmmaking to philosophical musings on the film’s symbolism, It’s All in the Mind will be a treasured addition to any Beatles fanatic’s library. The publisher is offering a pre-order deal for both volumes for $40 plus shipping at yellowsubmarinebook.com. 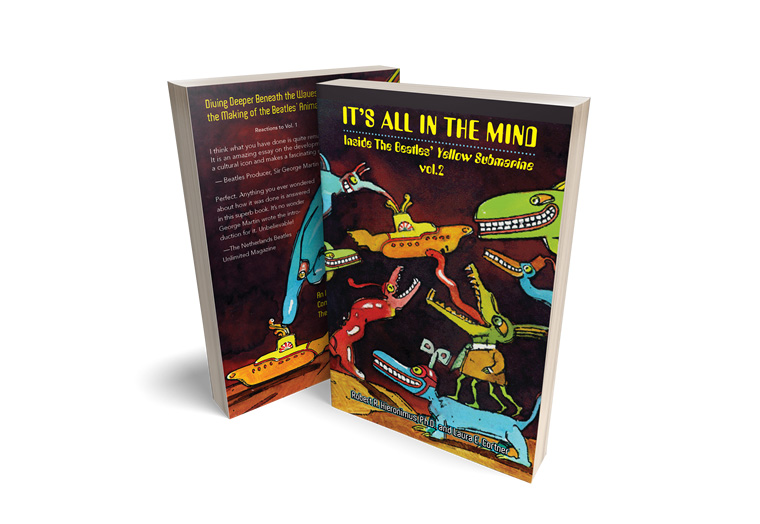 It’s All in the Mind: Inside The Beatles’ Yellow Submarine, Vol. 2

Marvel’s Ant-Man and the Wasp: The Art of the Movie [Marvel, $50] Scott Lang and Hope Van Dyne return to the big screen this summer for more epically huge adventures from a miniature P.O.V. Marvel movies’ go-to author Eleni Roussos takes readers behind the incredible scenes experienced by audiences as Ant-Man and the Wasp shrink down (or super-size) to take down baddies, evade traffic — or just wing it. This is 240 pages of full-color concept art, production designs and filmmaker secrets. In case you missed it, Roussos also penned The Road to Marvel’s Avengers: Infinity War, an overview of the cinematic universe leading to the Thanos showdown, published in May. 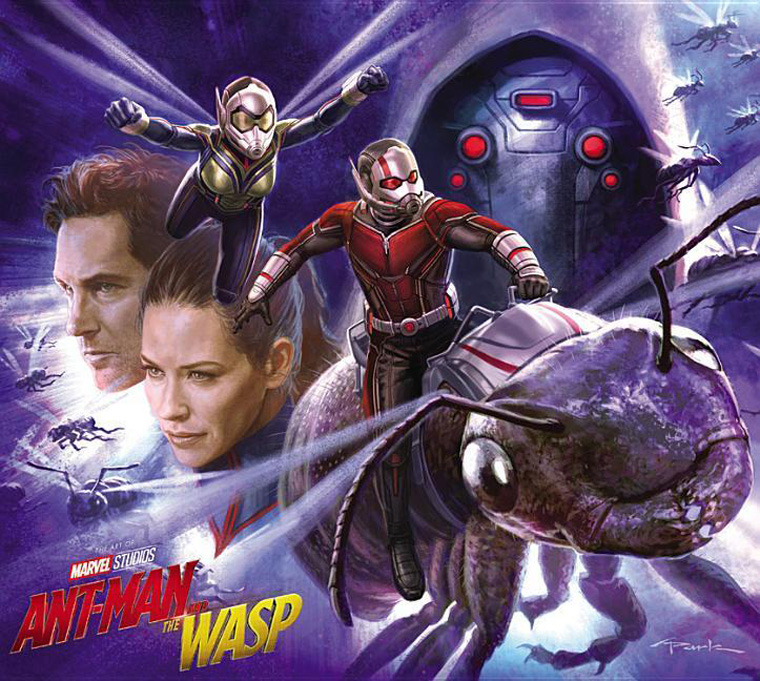 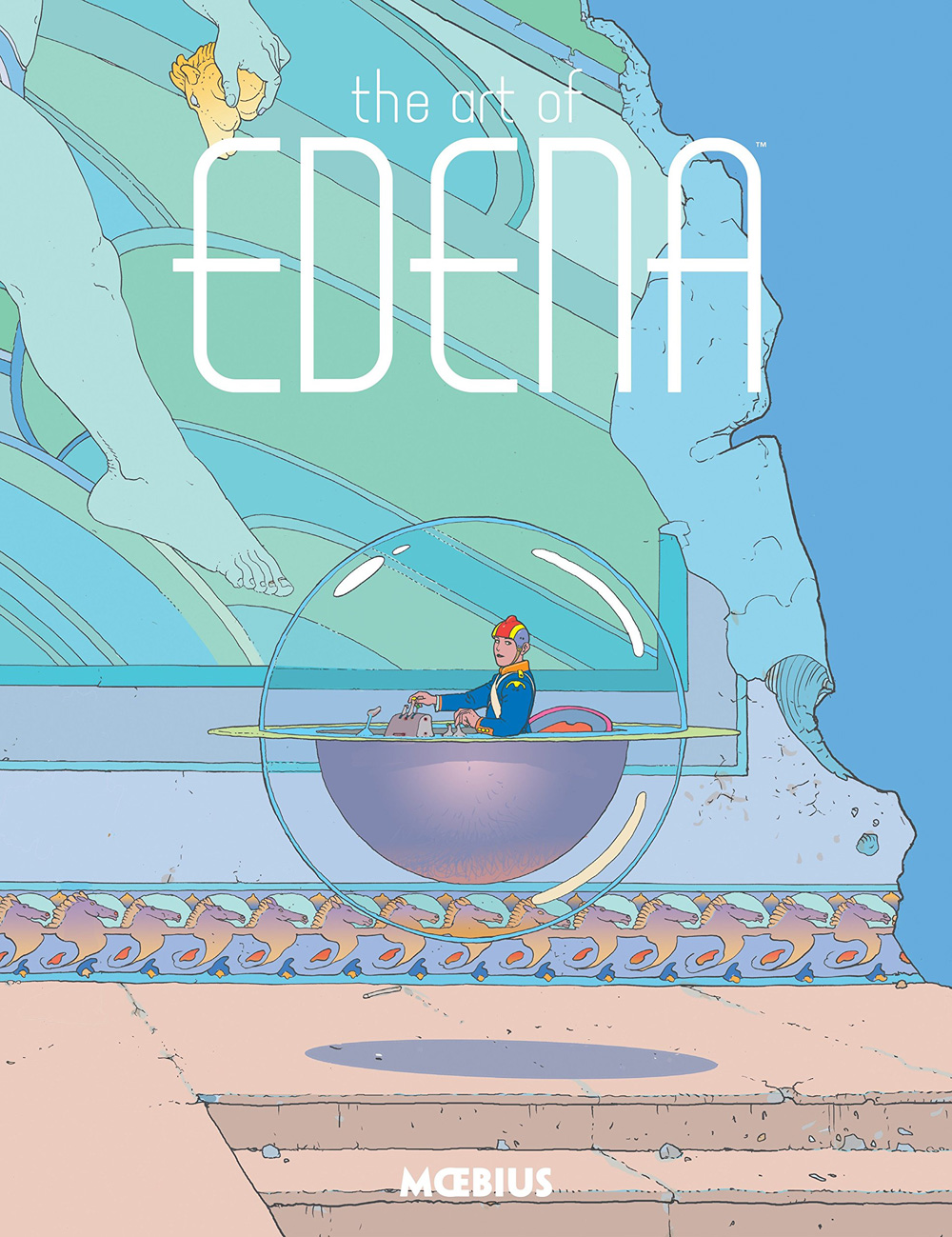 Moebius Library: The Art of Edena

Winsor McCay: His Life and Art [CRC Press, $60] John Canemaker’s 1987 biography of one of America’s most influential, innovative and pioneering cartoonists gets a much-deserved re-issue in a newly expanded and revised edition. Through exhaustive research and critical analysis, Canemaker helps modern readers rediscover the genius of McCay, who pushed the boundaries of visual storytelling with his Little Nemo in Slumberland comics and invented keyframe animation with Gertie the Dinosaur. The 288-page hardcover (also available as an e-book) features full-page color artwork and original foreword by the late Maurice Sendak. 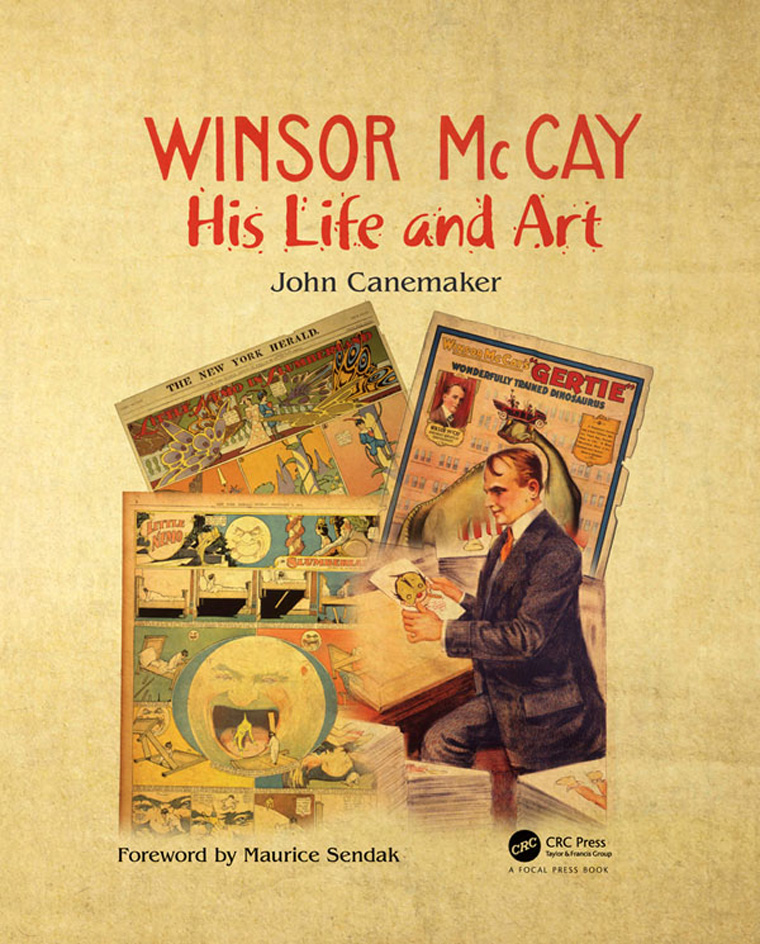 Winsow McCay “His Life and Art”