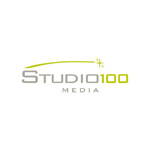 In signing the agreement Studio100 Media is extending its successful relationship, its strategic co-operation and placing the collaboration with the Turkish broadcaster on a stable basis for the future.

Stars of the well-known classic television shows, Maya the Bee, Vicky the Viking and Heidi all boast a TV career spanning over 30 years and in their new animated series these much loved characters will be revived and modernized in 3D animation.

The three new re-mastered animations will be produced by Studio100 and will be available for delivery mid-2012, 2013 and 2014 respectively.

“It is a privilege that a major Turkish public broadcaster such as TRT has joined forces with Studio100 Media for the revived shows of our popular cult television series,” said Elmendorff. “Our classics have been watched by three generations and they are one of the leading brands in the German speaking territories, within Europe and internationally. We believe that the new state of the art and modernized classics will continue to be watched both now and by future generations and will appeal to buyers”.