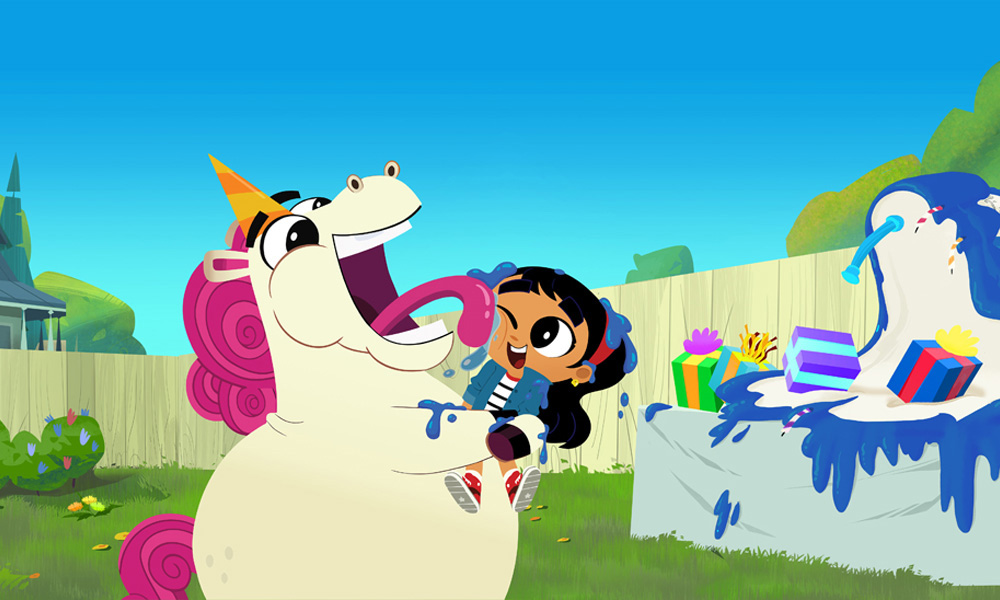 Sonar Entertainment has named Jazwares the global master toy partner for its new series Go Away Unicorn!, which premiered on Corus’s YTV (Canada) in September and has attained top 3 show status. The series will make its U.S. broadcast debut on Disney Channel in March 2019, following a preview launch on DisneyNOW in December. CentaIP is the worldwide licensing agent for the series.

Jazwares has secured exclusive global rights to produce the toy line that will feature peel away blind figures, a variety of figure packs that bring the episodic adventures to life, and plush by Russ. Product is due to arrive at retailers in late summer 2019, just in time for the back-to-school season.

Go Away Unicorn! follows the adventures of Alice, a modern, independent, young girl who is passionate about a wide array of interests and jumps at any chance to be ultra-organized and overscheduled. Alice prefers sports and books to rainbows and glitter – until a real-life Unicorn shows up at her birthday party and declares himself her new best friend. This wacky party animal is going to make sure Alice squeezes some fun into her life, whether she likes it or not. Together they learn to embrace their differences and realize friendships are often found in the unlikeliest of places.

“We believe Jazwares is a perfect partner for this fast-growing brand,” said Andrea Gorfolova, President, Sonar Kids, Family and Factual. “Jazwares instinctively gets what makes Alice, Unicorn, and their relationship beautiful, unique and important to kids today. All the fun, humor, and spirit of the series will be reflected in the toys Jazwares is bringing to the market.”

“We’re excited to introduce the Go Away Unicorn! toy line to the ‘pre-cool’ retail space,” said Laura Zebersky, Chief Commercial Officer at Jazwares. “Go Away Unicorn! is a perfect fit — the content lends itself to a synergistic line of toys that embody the importance of friendship and acceptance, while being funny for the whole family.”

The new 52 x 11’ series, plus 10 x 1’ shorts, is based on the popular children’s book published by McKellar & Martin, written and illustrated by Emily Mullock. On board to direct is Jason Groh (Wishfart, Little Charmers) with Corus Entertainment’s Nelvana serving as the animation studio. Chris Diamantopoulos (Mickey Mouse, Silicon Valley) and Rebecca Husain (The Good Doctor, Beat Bugs) star as lead voice talent.

Go Away Unicorn! is produced with assistance from the Canada Media Fund. The series features music from the acclaimed Canadian indie-pop band Walk Off The Earth, which wrote and performs the main title theme for the series.