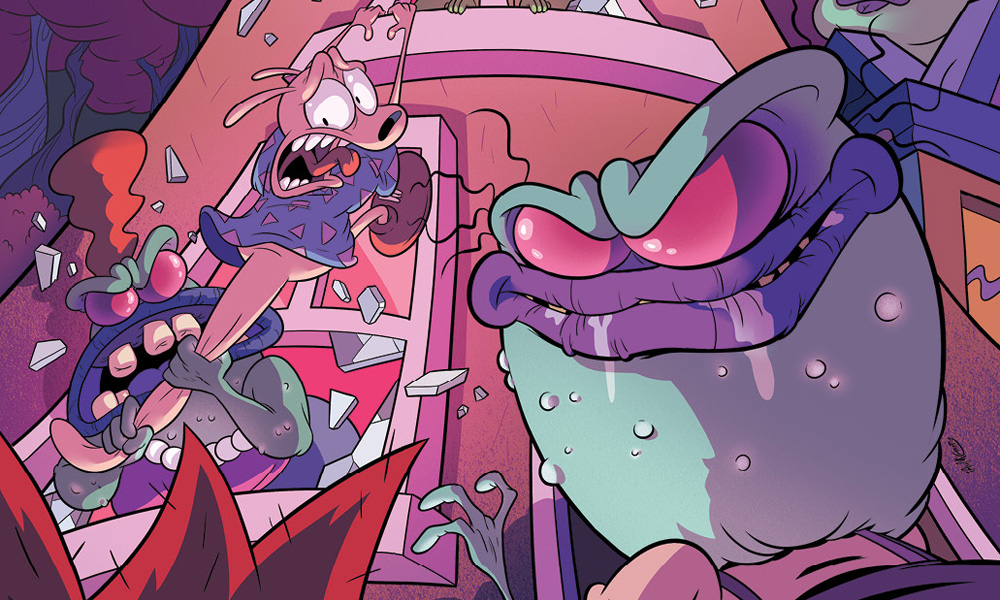 BOOM! Studios is ready to get creepy with one of your favorite Nicktoons in a new limited series, Rocko’s Modern Afterlife. The four-issue arc from writer Anthony Burch (Borderlands 2) and artist Mattia Di Meo (Adventure Time/Regular Show) finds the beloved wallaby created by Joe Murray trying to survive a zombie outbreak that has overrun his home of O-Town!

“Rocko’s Modern Life has always been laced with hilarious social commentary, but now we’re taking things up a notch by infusing that humor with a dose of the undead,” said editor Matthew Levine. “Anthony and Mattia are crafting a Rocko story like never before and one that can’t be missed.”

Synopsis: Too much screen time was already making O-Town’s citizens mindless, but now something is turning them into mindless zombies, and Rocko wants nothing to do with it. He barricades himself and his pup Spunky in their home, determined to outlast the hordes. But desperate times call for desperate measures when Rocko’s best friend Heffer becomes infected. Rocko will have to risk everything to save his friends and his city!

Stay tuned for further announcement at www.boom-studios.com or by following @boomstudios on Twitter. 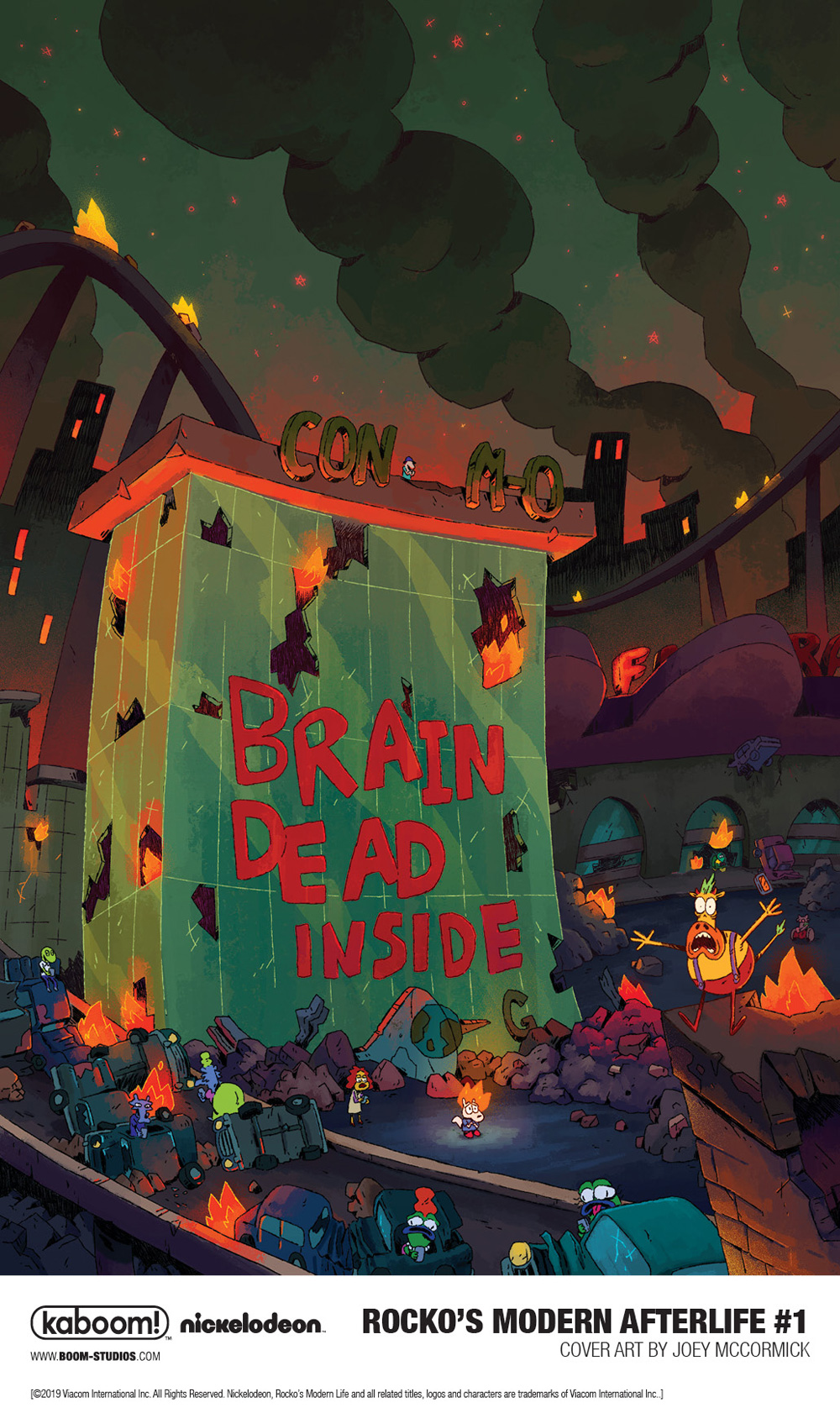 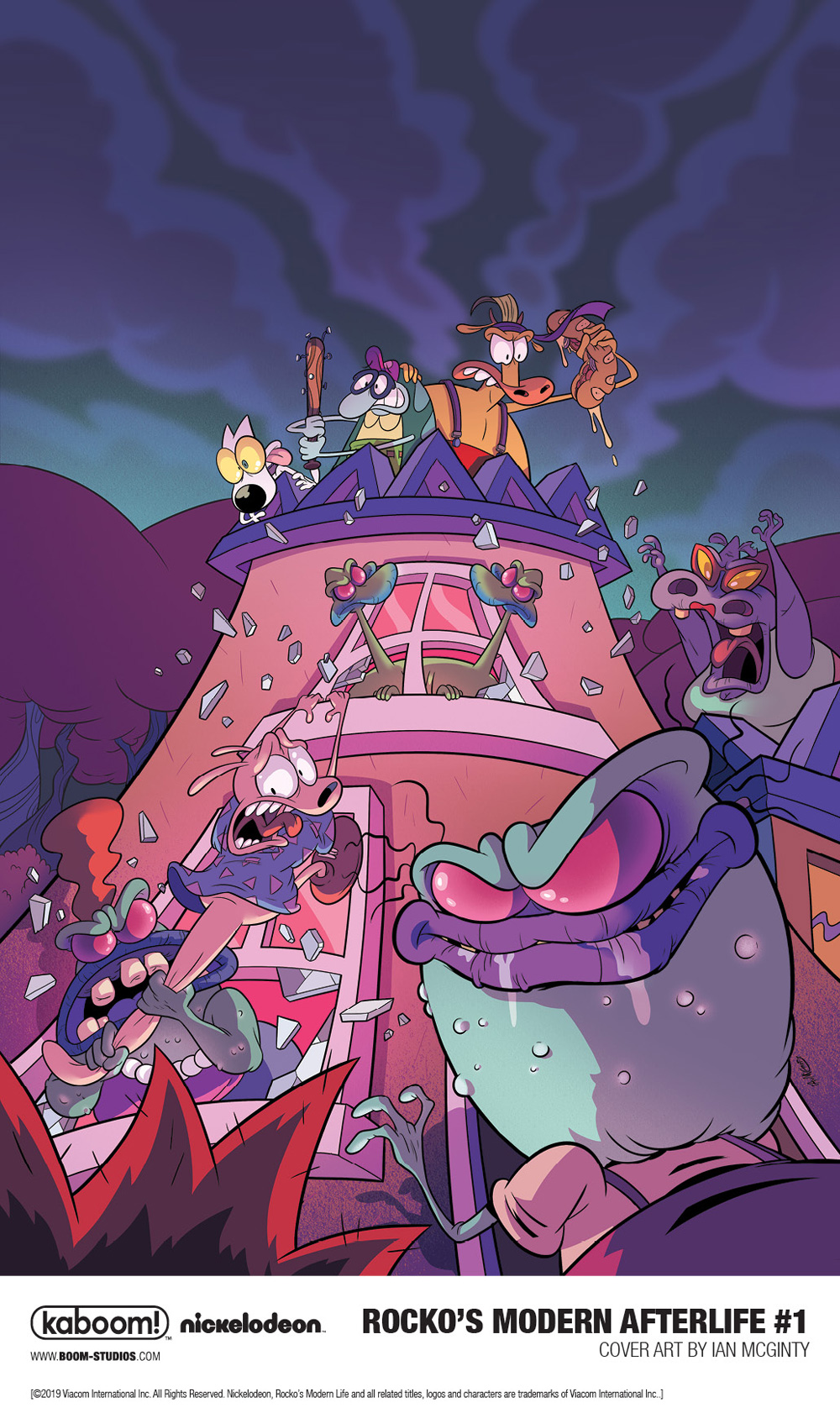