The editors at Scholastic have published their list of the top ten trends in children’s books for the coming year. They are predicting 2013 to be a big year for books about war, bullying, science fiction, movie tie-ins, strong heroines and cartoons.

“Publishing trends are truly driven by a vital community of readers – our kids,” David Allender, Editorial Director for Scholastic Book Clubs. “We see readers get excited about books, talk about them, and share them with their friends. Before you know it a book is trending, more and more kids are vying to read it, and they can’t get enough of it.”

1. Bullying is THE Timely Topic in Kids’ Books.
The fact is nearly every child will face or witness the effects of bullying at some point in their lives. Children’s authors recognize this as a major concern for kids and have become more adept at weaving bullying themes into storylines, from picture books to young adult titles. In 2013 look for: The Meanest Birthday Girl by Josh Schneider (May 2013/Clarion), and The Call of the Bully: A Rodney Rathbone Novel – the sequel to How to Beat the Bully Without Really Trying by Scott Starkey (January 2013/Simon & Schuster).

2. ’13 Will be a Lucky Number for Science Fiction Fans.
While the end of dystopian novels is no-where in sight, fans can expect to see a new theme uncovered, bringing some stellar new titles with a “true” science- fiction edge. Books to watch for in the New Year include Marissa Meyer’s Lunar Chronicles: Scarlet (February 2013/Feiwel & Friends), and Pulse by Patrick Carman (February 2013/HarperCollins).

3. Intriguing Nonfiction.
Biographies have always been a staple in kids’ literature, but fans are going to see even more great ones in 2013. With the new Common Core State Standards, which are currently adopted in 46 states, the way students learn in school is changing and there is an elevated importance being placed on non-fiction, or “informational texts.” Standouts in 2013 will be Nelson Mandela by Kadir Nelson (January 2013/HarperCollins), A Splash of Red: The Life and Art of Horace Pippin by Jen Bryant and Melissa Sweet (January 2013/Knopf), and Lincoln’s Grave Robbers by Steve Sheinkin (January 2013/Scholastic).

4. Novels-in-Cartoons.
With the success of the Bone, Captain Underpants, and Diary of a Wimpy Kid series, there continues to be an insatiable demand for the “novels-in-cartoon” genre. The illustrations provide entertainment value and urge kids to continue reading; especially for reluctant readers. Fans are going to see a great flood of fun, new reads in 2013 such as: Chickenhare by Chris Grine (February 2013/Scholastic), Stick Dog: A Really Good Story with Kind of Bad Drawings by Tom Watson (January 2013/HarperCollins), Dav Pilkey’s Captain Underpants and the Revolting Revenge of the Radioactive Robo-Boxers (January 2013/Scholastic) and Bad Kitty: School Daze by Nick Bruel (January 2013/Roaring Brook).

5. Kid Lit on the Screen.
In 2013, readers will be seeing the pages out of their favorite books on the big screen! Get ready to watch the movie versions of Scott Orson Card’s Ender’s Game the supernatural romance, Beautiful Creatures (based on the 2009 series by Kami Garcia and Margaret Stohl/Little, Brown), and the action adventure saga Mortal Instruments: City of Bones (based on the 2008 series by Cassandra Clare/ Margaret K. McElderry Books). Middle grade readers will also find the second film from Rick Riordan’s Percy Jackson series (2007/Hyperion Book) in theaters in late summer: Percy Jackson: Sea of Monsters.

“While there is never a shortage of works about the undead and paranormal in young-adult literature, we’ve recently seen the release of a wide range of post-apocalyptic novels brimming with action and romance,” said Ed Masessa, Senior Manager Product Development for Scholastic Book Fairs and New York Times bestselling children’s book author. “But perhaps the bigger trends are the return to realistic action-packed novels and to books that reinforce the positive messages of tolerance, hope and acceptance. Regardless of their reading preference, children will find that 2013 is going to be a banner year.”

6. War.
Whenever we reach a historical anniversary, there is an increased interest in books related to the topic. 2013 marks the second year of the American Civil War Sesquicentennial (150th anniversary), so history buffs will see an influx of Civil War titles to read. Wars in general will be making their way on to the bookshelves in 2013, which is great news for teachers looking for great non-fiction to supplement classroom learning and help kids meet the Common Core State Standards. Look for a broad selection of Civil War books including: I Survived the Battle of Gettysburg by Lauren Tarshis (January 2013/Scholastic) and What Was the Battle of Gettysburg? Jim O’Connor, John Mantha and James Bennett (February 2013/Grosset & Dunlap).

7. Tough Girls.
Katniss from The Hunger Games is building a legion of strong girl protagonists. In 2013, readers can expect to be introduced to more powerful female characters that exhibit the willingness to accept challenges. These characters do not set limits for themselves or take the easy way out – an important lesson for both boys and girls. Books with exceptionally resourceful lead characters include: Code Name Verity by Elizabeth Wein (May 2012/Hyperion), Legend and its sequel Prodigy by Marie Lu (January 2013/Putnam), and Lawless by debut author Jeffrey Salane (February 2013/Scholastic).

8. Survival Stories.
Survival stories have always been popular, but they have become more prominent as a result of popular movies and reality television shows. Whether the setting is historical as in Finding Zasha by Randi Barrow (January 2013/Scholastic) or contemporary like Stranded by Survivor host Jeff Probst and Chris Tebbetts (February 2013/Puffin) thrilling page-turners filled with tension and excitement will set their hooks into young readers.

9. Spotlight on Diversity.
Kids want to see themselves in the novels they read, and publishers are embracing their individuality. Readers can learn about their families, cultures, and themselves with these books that focus on cultural diversity. Historical novels like The Lions of Little Rock by Kristin Levine (January 2012/Putnam) will provide plenty of home and classroom discussion. Novels with more contemporary settings include Hold Fast by Blue Balliett (March 2013/Scholastic).

10. Nature Runs Amok.
From campy, fantastical sci-fi to more realistic eco-thrillers, there is nothing like adventure in the wild. Readers will come face-to-face with more and more page-turning sci-fi titles that cover the unrealistic to the actual – yet the common theme is that they are focus on ecology and the environment. Books like Killer Species: Menace from the Deep by Michael Spradlin (July 2013/Scholastic), Infestation by Timothy J. Bradley (April 2013/Scholastic), and Last Dogs: The Vanishing by Christopher Holt (September 2012/Little, Brown) will keep kids reading well into the night. 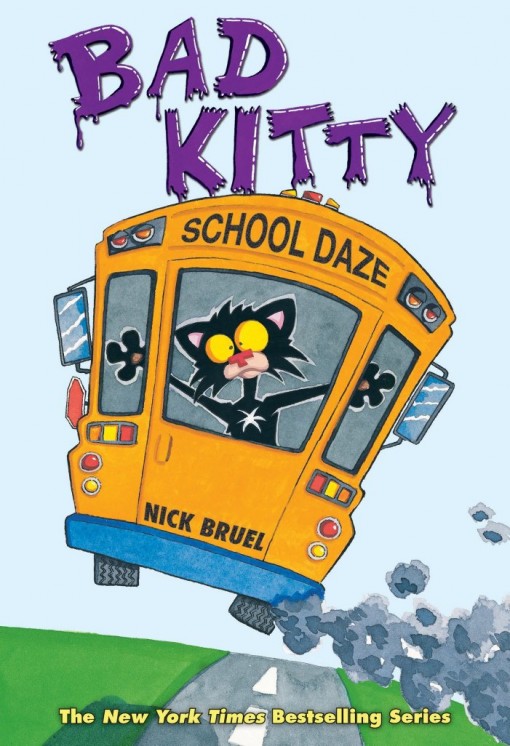 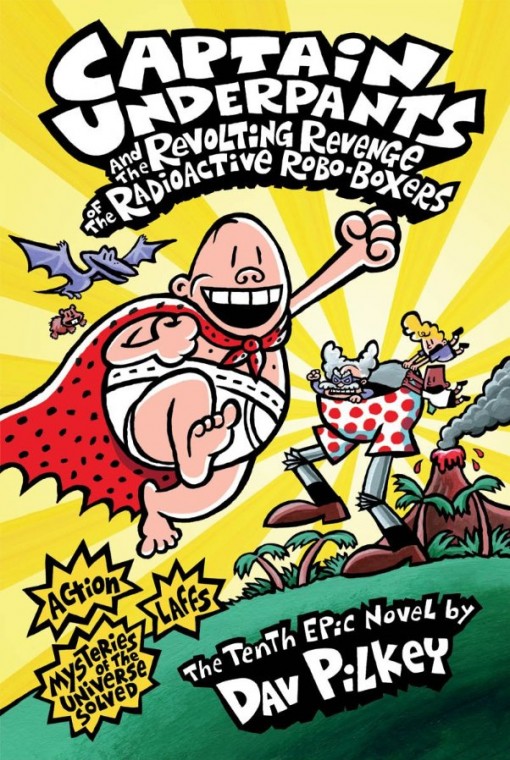 Captain Underpants and the Revolting Revenge of the Radioactive Robo-Boxers 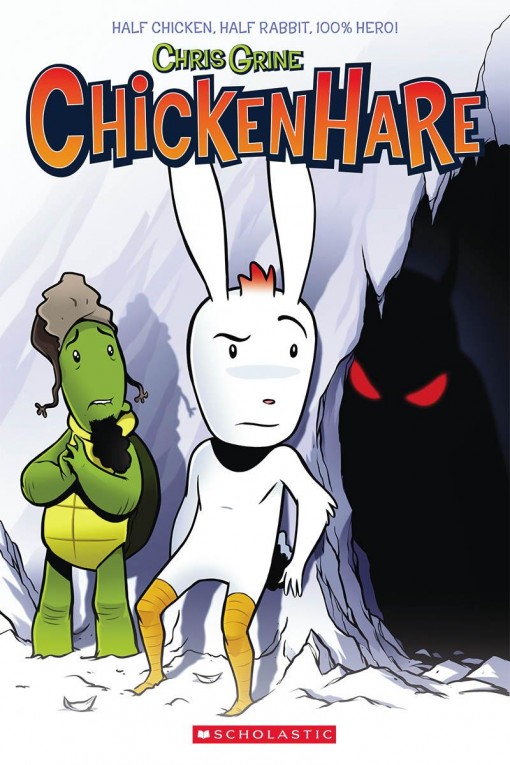