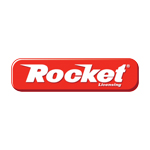 Rocket Licensing has secured its first UK partners for Sony Pictures Animation’s upcoming animated feature The Emoji Movie. Rocket is managing the UK and Eire licensing program for the flick on behalf of Sony Pictures Consumer Products, pulling together a line-up of partners to target kids ages 6-12 across key categories. The first products will roll out at retail this spring and summer.

“Sony Pictures Animation’s upcoming release The Emoji Movie presents a compelling licensing opportunity for UK licensees and retailers keen to capitalise on the emoji phenomenon that has been embraced by younger generations,” said Charlie Donaldson, Joint MD at Rocket Licensing. “Consumers have an instant emotional connection to the icons and the movie offers a narrative depth and humour that will bring them to life. This provides huge potential for product development and we’re incredibly excited to now be unveiling our first partners and to be bringing the movie merchandise to the UK market.”

The recent deals build on Rocket’s successful partnership with Sony Pictures and Sony TV in the territory for properties including Ghostbusters, The Smurfs, Breaking Bad and Better Call Saul.