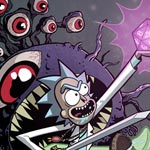 Over the weekend at Chicago’s stand-out fandom event C2E2 (www.c2e2.com), IDW announced in partnership with Oni Press that it is combining two of the most popular properties into one brand-new, four-issue comic-book series: Adult Swim animation Rick and Morty and Wizards of the Coast’s evergreen fantasy game Dungeons & Dragons.

The mini-series will hurl mad scientist Rick and his hapless grandson/sidekick Morty into a high-fantasy adventure infused with the wit and humor that have made the show a hit. Each issue will feature variant covers appealing to fans of both brands, including character sheets and more.

Due out in August, the project’s superstar creative team is lead by writers Patrick Rothfuss (The Kingkiller Chronicles) and Jim Zub (The Avengers, Wayward), along with Eisner-nominated artist Troy Little (Hunter S. Thompson’s Fear and Loathing in Las Vegas).

“I love Rick and Morty with a powerful love, and I’ve played D&D since the 5th grade,” said Rothfuss. “So when they approached me about writing a story with both of them together? That’s some serious you-got-chocolate-in-my-peanut butter $#!& right there. I’m in. I’m all the way in. I’m gettin’ that chocolate all up in the peanut butter. Like, deep in. All the way in. It’s going to be sticky and delicious.”

The crossover’s story begins when Morty approaches Rick for help learning about D&D — which all the cool kids at his school are playing. Naturally, things go horribly wrong as Rick, Morty and the whole Smith family find themselves on an epic quest with no escape in sight…

IDW’s Dungeons & Dragons comics by Jim Zub and Oni Press’ Rick and Morty comics are available wherever books are sold. 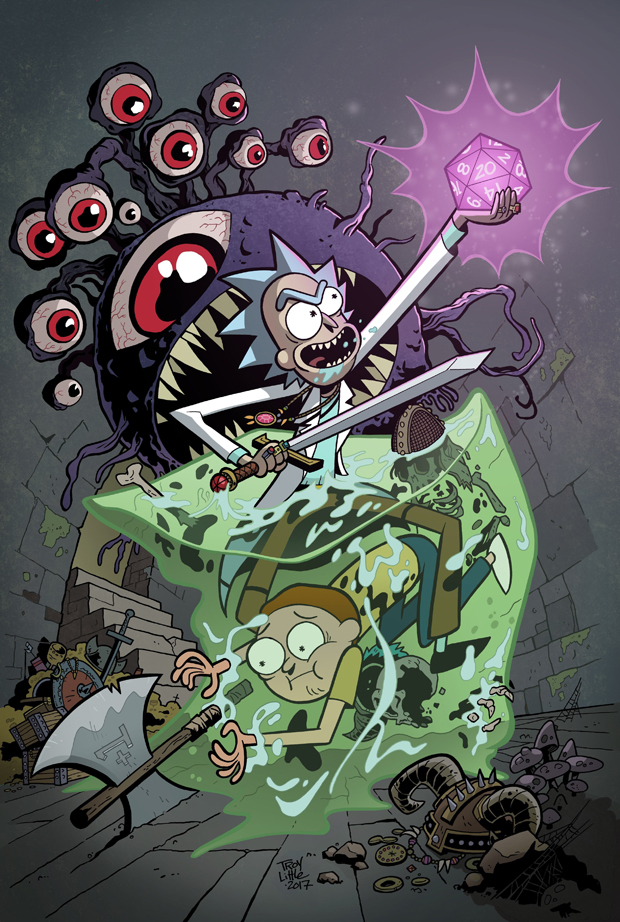