LadyBug is a co-production from French animation companies Zagtoon and Method Animation with Japan’s Toei Animation. International partners on the series include SAMG Animation and SK Broadband in Korea, AB International as French co-producer and co-distributor, and its leading commissioner in France, TF1.

New distribution deals for LadyBug include Gloob, a Globosat’s channel in Brazil; Télé-Québec in Canada and ABC in Australia. The series will be launched during the second quarter of 2015 and has now been sold in six continents.

LadyBug follows the story of Marinette and Adrien, Parisian junior high school students with a big secret – they’re superheroes! Using magical powers, they transform into the bickering duo LadyBug and Cat Noir. But neither knows the other’s true identity, so Marinette has no idea that her school crush, Adrien, is Cat Noir. And Cat Noir has no idea that his crush, LadyBug, is really Marinette. They have been chosen to save Paris from the mysterious evil villain Hawk Moth who wants their magical powers for himself. 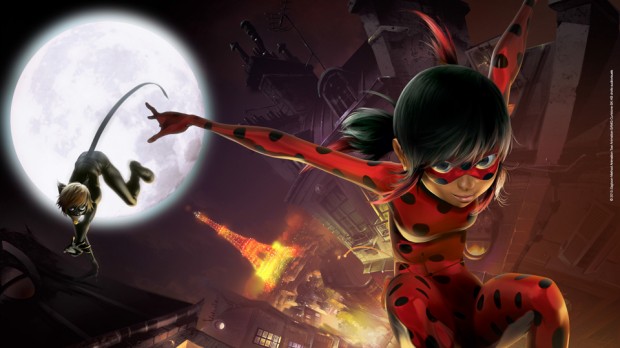