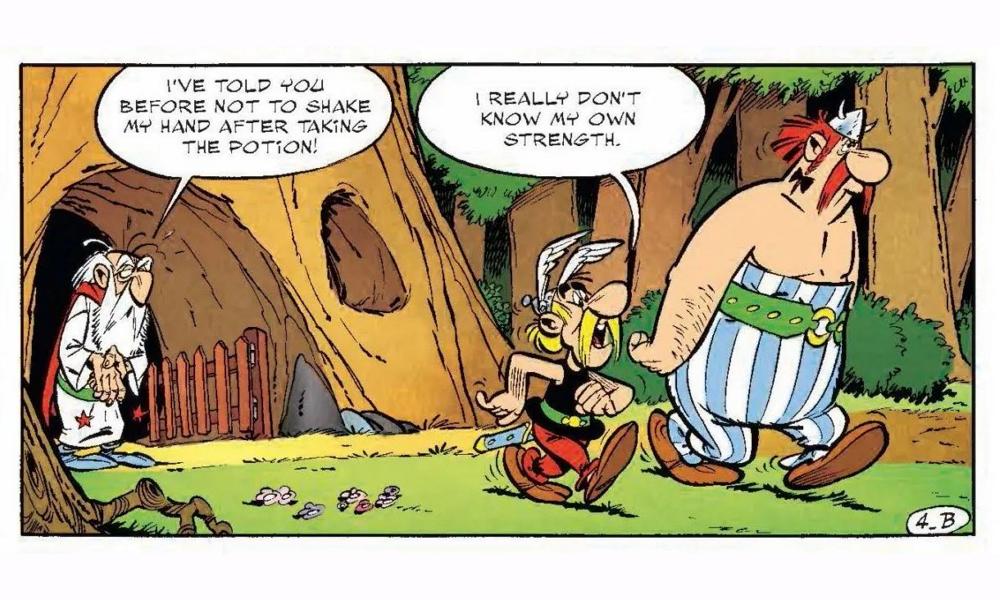 A brilliant bright spot has arrived for fans of iconic European comics: The full line of all-time best-selling Asterix comics are arriving in the U.S. this summer in new editions through leading kids’ graphic novel publisher Papercutz. Older fans can enjoy reliving the adventures of Asterix and Obelix, while a new generation of young readers learns to love their historical hijinx.

“I grew up reading Asterix, among many other great European comics, and it grew with me. As I got older, I started to appreciate the less-obvious humor: the satire of our ways; the cameo appearances of famous people, beautifully caricatured by Uderzo; the spoof of the ways of different countries Asterix and Obelix would visit,” said Terry Nantier, Publisher of Papercutz.

“[René] Goscinny once described the evolution of Asterix‘s appeal in a telling way: at signings, first it was the kids claiming autographs, then it became parents asking for their children, then the adults asking for themselves. Asterix became a beacon showing comics could be so much more than people had believed. Oh, the revolution that followed… After 60 years, the little Gaul Asterix is an ongoing mighty hit in most countries and languages and thus has proven himself to cross borders very successfully. We say watch out America, Asterix’s magic potion is coming for you next!”

Since Asterix first appeared as a French comics hero in 1959, the ancient Gaul warrior has been featured in 38 books which have sold close to 380 million copies worldwide as well as 50 million album collections. The series, written by René Goscinny and illustrated by Albert Uderzo, has been translated into 111 languages and dialects (including Latin!), adapted into 10 animated and four (soon to be five) live-action films, and even inspired a full theme park outside of Paris.

Now, Papercutz is re-translating and publishing every volume of the 38 Asterix titles for an American audience. The new editions will launch on July 14 with two omnibus volumes of three stories each, starting at the beginning of the series, plus a stand-alone edition of the newest book, #38: The Chieftain’s Daughter, which was released internationally in October 2019 and promptly sold 5 million copies worldwide. Four revised omnibus volumes will be released, with three albums each, every year until the series is complete.

The U.S. specialized versions are being produced with a focus on making the original French puns work for American English readers, as well as making the ancient European and Latin references more understandable this side of the pond. Papercutz has tapped veteran comics translator Joe Johnson for the project, working from the original French. Johnson is a Professor of French and Spanish at Clayton State University (Atlanta) who has published more than 200 translations of American, British and French publications since 1997.

Check out a preview of the first Omnibus here.

“As a child, I was a passionate reader of comics — Milton Caniff’s Terry and the Pirates, Alex Ramond’s Flash Gordon, and the wonderful Mickey Mouse pages drawn by Floyd Gottfredson. These artists motivated me to create something of my own,” said Asterix co-creator and illustrator, Albert Uderzo. “It is therefore with great pleasure and pride that I present these new American editions of the Asterix adventures, originally created with my late friend René Goscinny. I hope our little Gauls continue to inspire budding cartoonists and writers, and keep making readers laugh!”

It’s the year 50 BC. All of Gaul is occupied by the Romans… Well, not all of it. A village inhabited by resolute Gauls resists the invaders again and again, and that doesn’t make life easy for the garrisons of Roman soldiers in the fortified camps of Babaorum, Aquarium, Laudanum and Lilchum…

The village’s hero: Asterix, a warrior as ingenious as he is small. With the help of his super-strong friend Obelix, the druid Panoramix, and a magic potion which provides superhuman strength, Asterix constantly thwarts the schemes of Julius Caesar and resists Roman invaders, coming to the aid of those victimized by history’s most famous Roman. Set in ancient France, it’s a classic David and Goliath story, the underdog triumphing over the behemoth. Asterix offers a humorous and subversive look at social customs and stereotypes, dismantling cliches and highlighting the heroism and absurdity in us all. 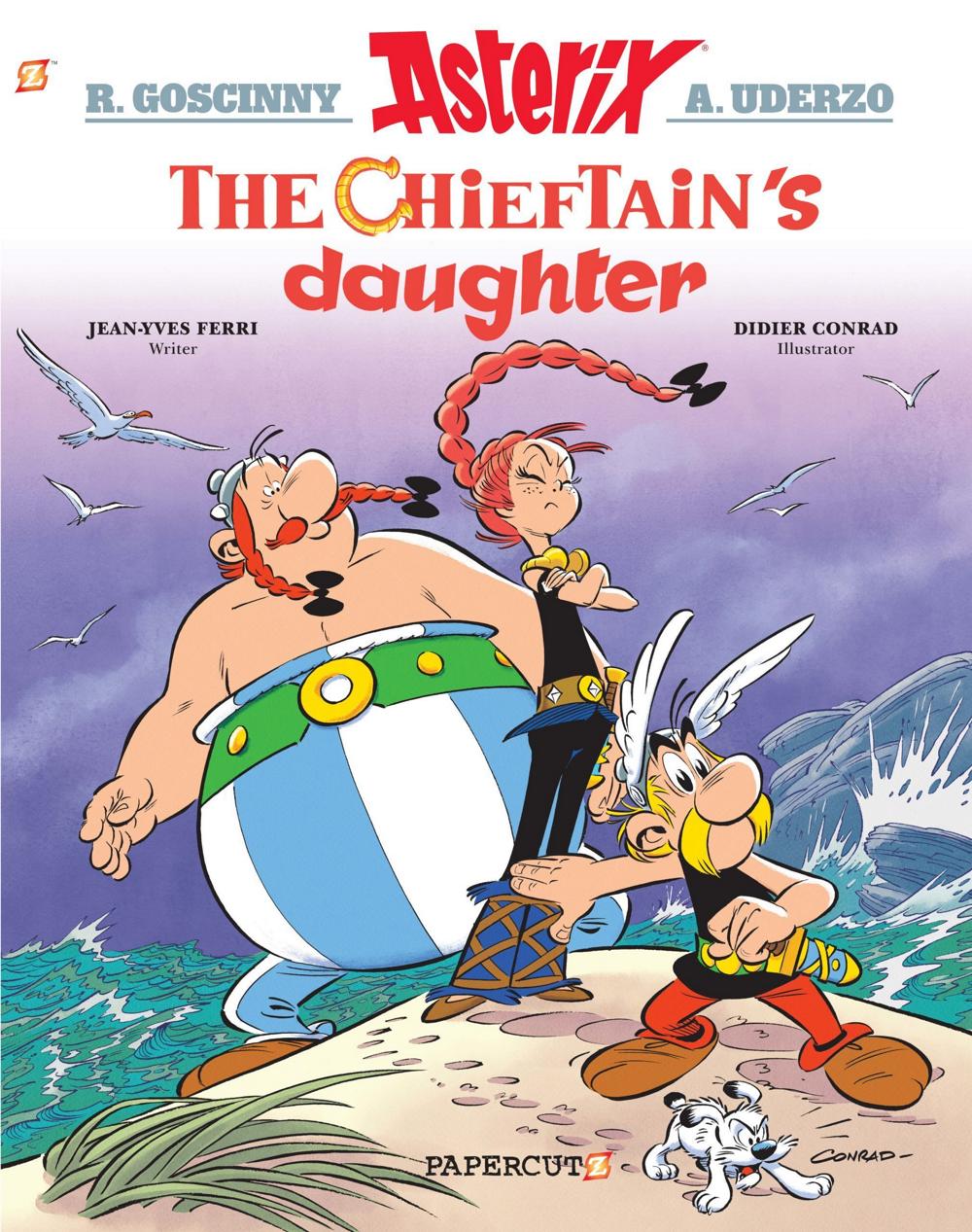