The holiday mass-consumption season is almost upon us, and leading eco-conscious economy organization Green America is raising the alarm about conditions in factories producing Disney consumer products, including popular Frozen dolls. The campaign is asking consumers to sign a petition to Disney CEO Robert Iger, calling on the media giant to ensure living wages for workers and improved working and living conditions at the Chinese factories.

“Disney has a lot of suppliers in China. It claims to regulate these suppliers with a Manufacturer Code of Conduct, which we doubt is effective,” said Au Lap Hang, China officer at Worker Empowerment. “We observed serious violations of local labor law in Disney supplier factories, which include long working hours without proper overtime salary and not providing the mandatory state pension for workers. In recent years, the Disney Company even required suppliers to relocate their factories to Southeast Asia in order to reduce production cost. As a result, the Mizutani Factory in Shenzhen was shut down and 196 workers lost their job, without getting the compensation required by law.”

Green America’s eight-point list of demands for action by the company include wage increases, compensation for mandatory meetings and training, and paid, voluntary overtime; pre-job safety training; workplace and housing safety measures. Significant labor violations were enumerated in a recent report from China Labor Watch, “The Dark World of Disney.”

Following a previous report from CLW raising concerns about conditions at five Chinese facilities, Disney released a statement in November of 2015 criticizing the organization: “We are disappointed that CLW continues its approach of withholding information about such concerns until they issue press releases months after issues are identified and does not actively engage with buyers and others that share their concern for improving labor standards in Chinese factories.”

CLW counters the accusations in an open letter attached to the new report, saying that representatives of the group have had “face-to-face meetings” with the company “on more than 10 occasions” since 2007. 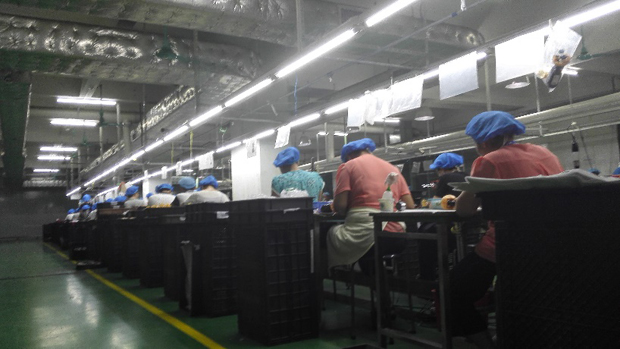