This past week at the Brand Licensing Show in London, Nickelodeon was in the spotlight for its popular L&M programs for its hit animated series, the new CG-animated Teenage Mutant Ninja Turtles and the evergreen SpongeBob SquarePants.

Nickelodeon parent, Viacom, acquired the Turtles franchise in Oct. 2009 for $60 million and launched a new animated show on the kids network last fall. According to the studio, Turtles consumer products have made over $475 million in global retail sales. That includes about $250 million from the U.S., with the rest coming from international markets.

“From day one, we reached out to Turtles fans,” Ron Johnson, executive VP of Nickelodeon and Viacom consumer products at Viacom International Media Networks told The Hollywood Reporter. While the company refreshed the Turtles franchise to modernize it, “we also made it consistent with the past, because we didn’t want to alienate old fans,” he added. “We really engaged the super-fans and super-served all the relevant people.”

SpongeBob is the most widely distributed intellectual property in Viacom’s history with more than $12 billion in global consumer products sales to date. Mark Kingston, general manager and senior VP for NVCP Europe, Middle East, Africa and Australia, compared SpongeBob to such other iconic characters including Mickey Mouse, Bugs Bunny and Kermit the Frog during his Licensing Show presentation. “Every half second, someone on the planet is interacting with SpongeBob,” he said. 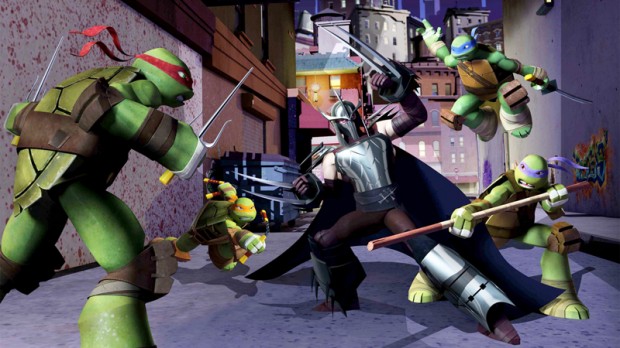