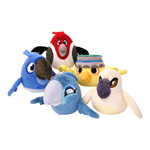 The Rio and Angry Birds partnership continues this week as Fox Consumer Products and Rovio debut their new merchandise based on the Angry Birds Rio app, which has now been downloaded more than 60 million times since launching in March.

Now available at Toys ‘R’ Us, the new plush line features the version of the feature film’s characters from Angry Birds Rio. The new products coincide with the release of Fox’s Rio on DVD this week and an update to the app.The plush, developed in partnership with Rovio’s primary toy partner Commonwealth Toys, will be available beginning in mid-August and will add to an exclusive toy line for Rio already in place at Toys ‘R’ Us. Additional Rio characters will be added to the line and while the co-branded line will expand to vinyl figures and other product forms. 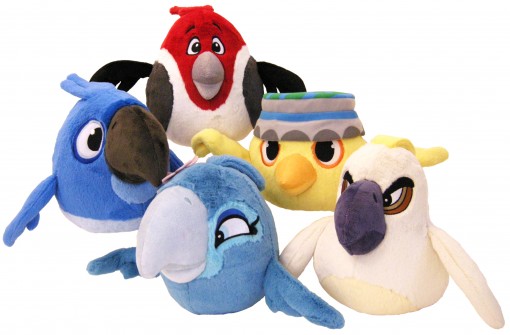