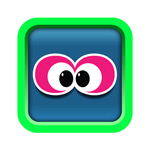 “We’re excited to partner with Ameba, and to provide some of the best artist-driven music content created just for children,” says Richard Ellis, who co-founded MyKaZootv last year with Rick Dobbis, former President of Sony Music International. “We like the way Ameba delivers content to families in such an effortless way. It’s a great way to introduce myKaZootv content to more kids and parents.”

Ameba is based in Winnipag, Canada, while myKaZootv is headquartered in New York and Los Angeles.