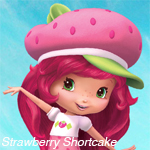 Hasbro Studios’ animated series Transformers Prime, My Little Pony: Friendship is Magic, G.I. Joe: Renegades, The Adventures of Chuck and Friends and Pound Puppies are heading to Italy, where they will appear on Mediaset’s multiple channels starting in the fourth quarter of 2011.

The deal also sees Mediaset act as exclusive licensing agent in Italy for Hasbro merchandise related to those five programs as well as for the brands Monopoly, Trivial Pursuit and Littlest Pet Shop.

“ Mediaset is Italy ’s leading media group and the perfect strategic partner for us in this key territory,” Hasbro Studios President Stephen Davis said. “We look forward to a long and productive relationship.”