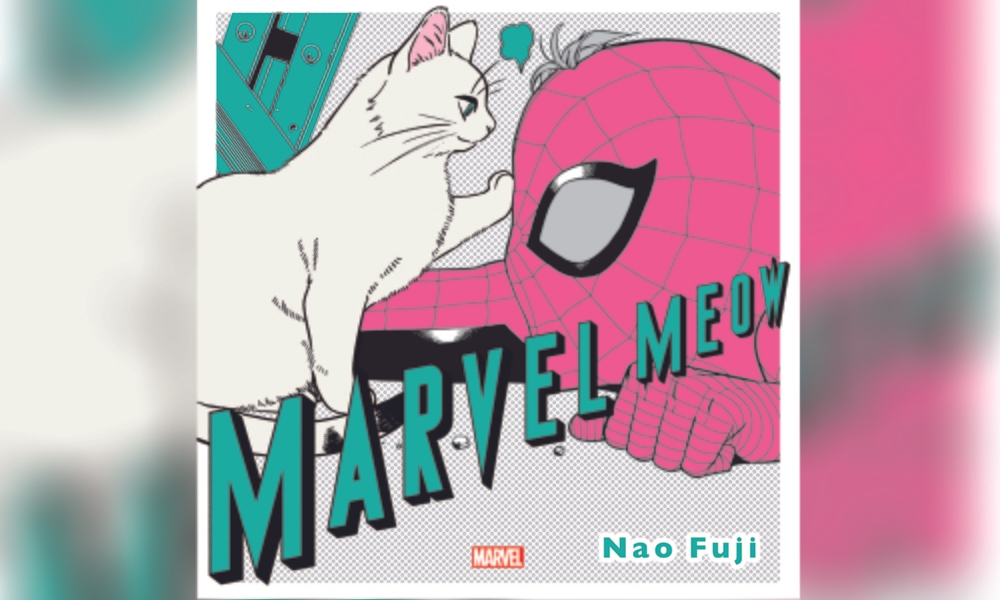 Marvel Comics and VIZ Media will collaborate for the first time to deliver the moment of superhero fans’ dreams – the wildly popular characters from the world of Marvel meet manga! This collaboration includes a range of manga and books and will launch this coming Fall 2021. The partnership echoes the hugely successful collaboration between Marvel Japan and manga publisher Shueisha (Deadpool: Samurai).

The first exciting title from Marvel and VIZ will be Marvel Meow, written and drawn by artist Nao Fuji. First seen on Marvel’s official Instagram comic strips, Marvel Meow will feature Captain Marvel’s cat, Chewie, as she wreaks havoc in the lives of Marvel’s most popular characters: Spider-Man and Iron Man, formidable villains Thanos and Galactus, and the whimsical antihero, Deadpool­ – all becoming the playthings of this capricious cat!

“Much like VIZ’s iconic characters, Marvel heroes are universally beloved and VIZ is excited to bring their adventures to readers in a new way,” said Sarah Fairhall, VIZ Editorial Director. “Our collaboration will include English editions of several Shonen Jump manga titles, as well as some all-new publishing and ShoPro’s Marvel Meow.”

“Marvel has had a long history of telling stories in new and compelling ways, and VIZ is the perfect partner to help us continue that path,” added Sven Larsen, Vice President of Licensed Publishing, Marvel. “VIZ is best-in-class for its unforgettable stories, and after the massive success of last year’s Deadpool manga, we’re thrilled to now be working with them to bring our iconic characters to even more manga fans everywhere.”

Marvel Meow by Nao Fuji will publish November 21, 2021, followed by Deadpool: Samurai by writer Sanshirou Kasama and artist Hikaru Uesugi, out February, 2022, and Secret Reverse by the world’s most successful manga and card game creator of all time, Yu-Gi-Oh!’s Kazuki Takahashi, coming in summer 2022, with more exciting titles to follow.