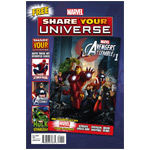 To ride the popularity of the studio’s live-action features and animated series on Disney XD and Cartoon Network, Marvel Entertainment has launched a cross-platform promotional campaign to increase awareness of its comic-books. The campaign, which is called Share Your Universe aims to use the success of its its Avengers and Spider-Man brands outside comics to encourage new readers to explore comic-books in print and online.

Dan Buckley, Marvel’s Publisher and President of Print, Animation and Digital, explained “Every Marvel fan has a unique story for how these heroes, their stories and the experience of entering the Marvel Universe helped shape their childhood,” adding that the company “want[s] to make it easy to continue that tradition with your kids, nieces, nephews and loved ones.”

As part of the promotion, comics tying in with the company’s DisneyXD animated shows will be made available both digitally and in comic stores (The print editions are due in participating stores tomorrow), and episodes of both Marvel’s Avengers Assemble and Marvel’s Ultimate Spider-Man will be available for free on Xbox Video until July 15. The Share Your Universe campaign also has an active Facebook fanpage. 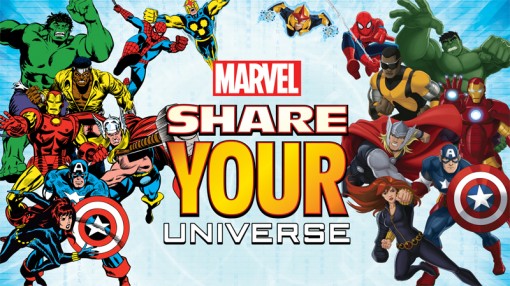 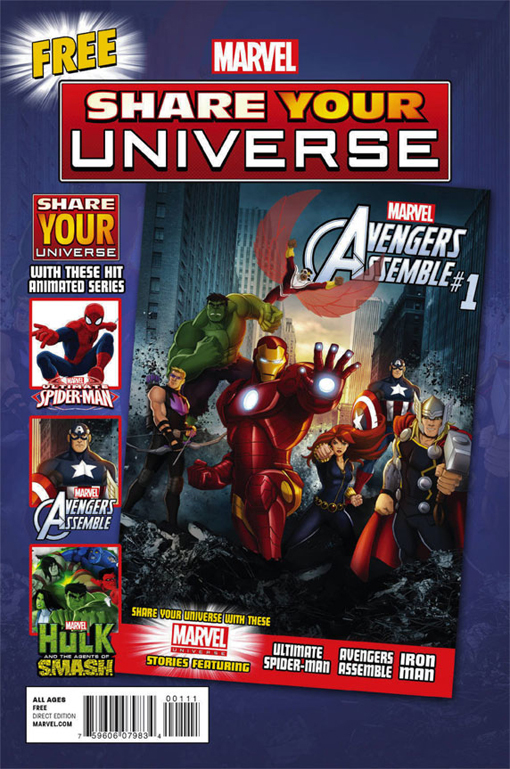