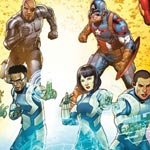 UPDATE: Marvel issued a statement Friday night to the effect that the reported partnership would not be pursued. Statement quoted at end of article.

It’s no secret that the Marvel Cinematic Universe is one of the most successful film franchises in the world these days, but Marvel Comics has had a more mixed reputation in recent years. For example, Marvel has recently seen a huge amount of controversy with turning Captain America (created by Jewish artist-writer Jack Kirby) into a member of the villainous HYDRA organization (subtextually represented as a proxy for the Nazis time and again). And this morning, as if convinced this endeavor won’t go down every bit as badly, Marvel has announced a promotional team up with defense contractor Northrop-Grumman for New York City Comic-Con. Details on what exactly the promotion will entail are sketchy, but it appears that Marvel is publishing a promotional Avengers comic, from writer/editor Fabian Nicieza (X-Men) and artist Sean Chen (X-O Manowar), that stars the Avengers along with four wiz-kid weapons developers known as the “Northrop Grumman’s Elite Nexus” (NGEN). The plot summary is as follows:

When Red Ronin emerges from the Hudson, the Avengers assemble to stop his destructive march toward New York City. But when the mechanical behemoth proves to be a match with seriously upgraded technology, a call for assistance goes out to a new super group. Northrop Grumman’s Elite Nexus is a team of scientists who specialize in cutting edge, hi-tech adventures. The new squad of heavy hitters, known as N.G.E.N. rushes in to assist the Avengers. But who could be behind Red Ronin’s mysterious attack?

As if it isn’t bizarre enough to be depicting a real-life weapons manufacturer as the good guys, they’re a young and ethnically diverse group of teenagers, as if an endeavor like this wouldn’t be run by wealthy white men. Many Marvel fans have rightly called out the cognitive dissonance of this idea when star character Tony Stark discontinued his own weapons program as an integral part of his character. Why would he approve of teenagers doing the same thing he did?

Northrop-Grumman is the world’s fifth largest defense contractor, and a maker of global aerospace and defense technology that brings in 20 billion dollars a year in revenue. It’s hard not to look at their collaboration with Marvel like Joe Camel, an attempt to cover the image of a company that makes dangerous products with an insidiously charming and marketable glaze to lure in children to become future weapons developers.

This comes hot after Marvel pulled their NYCC panel and screening for The Punisher due to the recent Las Vegas mass shooting. While it’s a respectable move on their part, this collaboration is worse than screening The Punisher would have been because of its explicitly propagandistic intent to manipulate a young readership. In this reader’s opinion, in a time of great political anxiety, this is a reprehensible move on Marvel’s part and speaks to why so many fans feel unvalued by the company’s comics wing.

Marvel was to announce the extent of their plans with Northrop-Grumman at their NYCC booth Saturday at 3PM.

“The activation with Northrop Grumman at New York Comic Con was meant to focus on aerospace technology and exploration in a positive way. However, as the spirit of that intent has not come across, we will not be proceeding with this partnership including this weekend’s event programming. Marvel and Northrop Grumman continue to be committed to elevating, and introducing, STEM to a broad audience.” 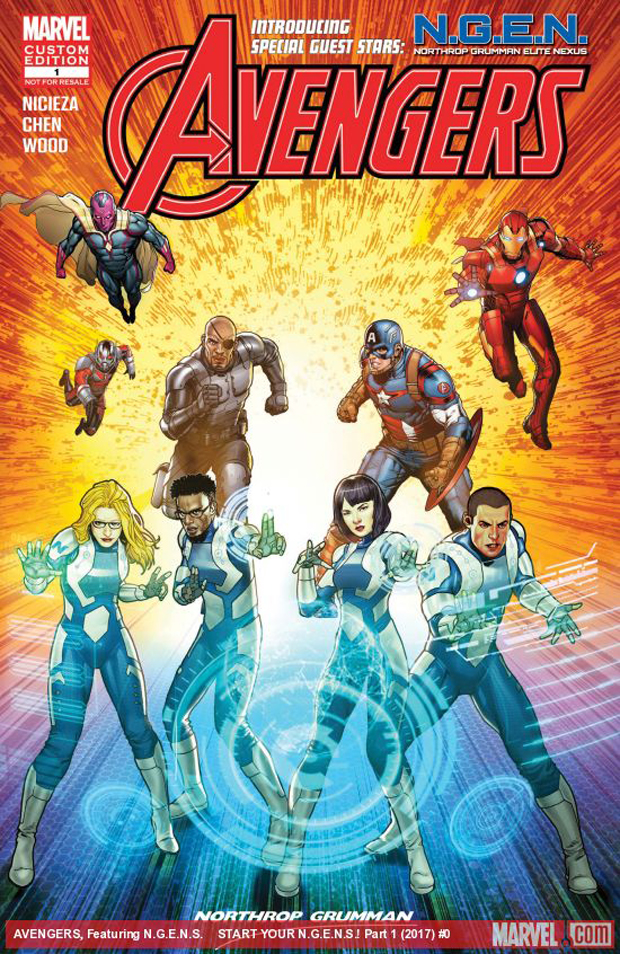