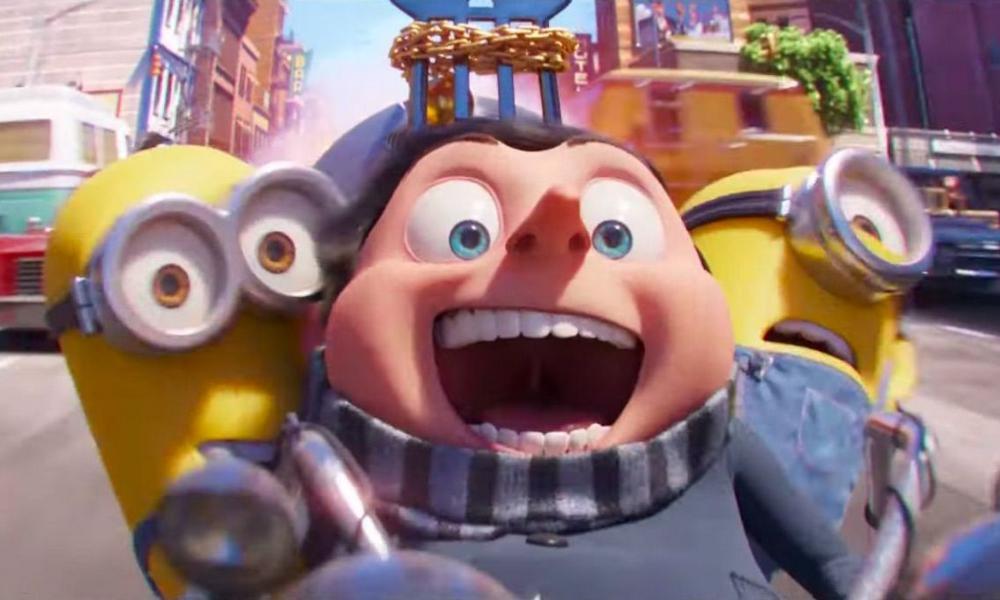 The Rise of Gru

Even though the nefarious workings of the COVID-19 crisis mean Despicable Me fans have to wait until next year to enjoy Minions: The Rise of Gru in theaters, Universal Brand Development and partners are going ahead with the retail launches of delightfully dastardly new playthings for Illumination fans to collect and enjoy. 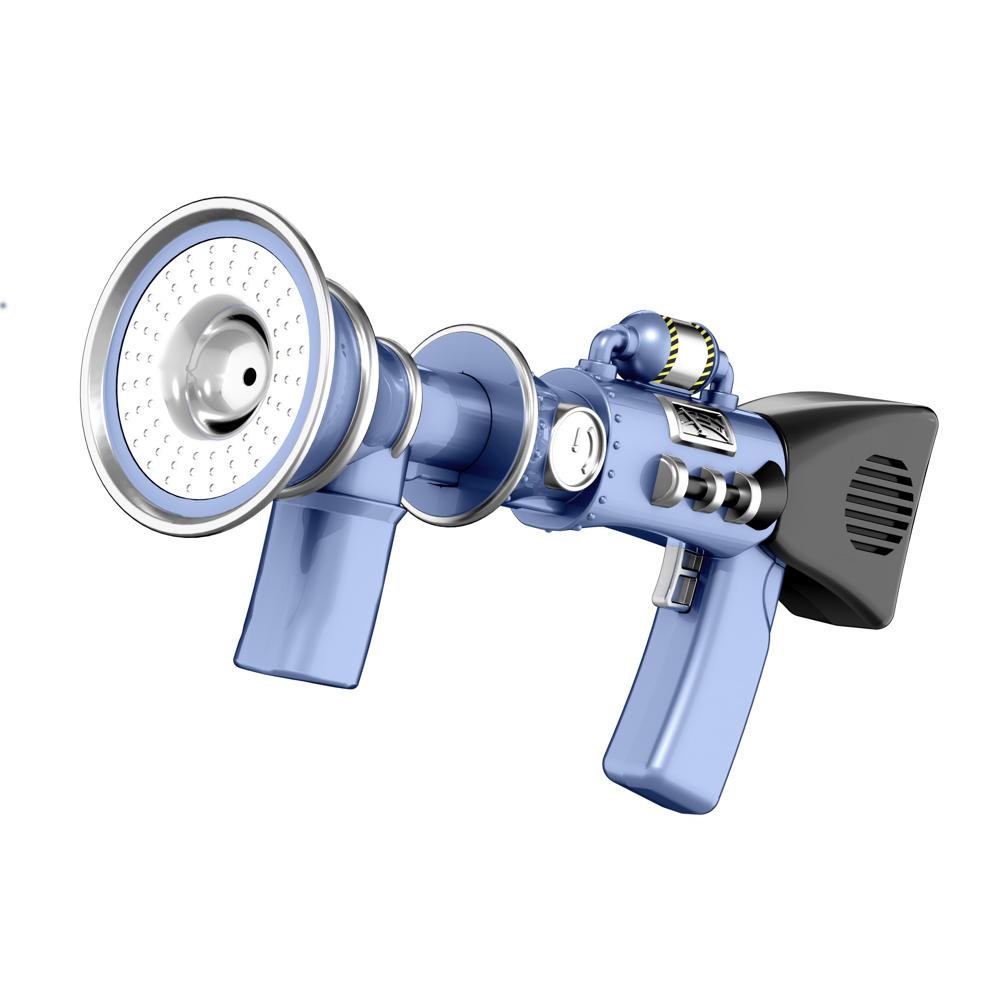 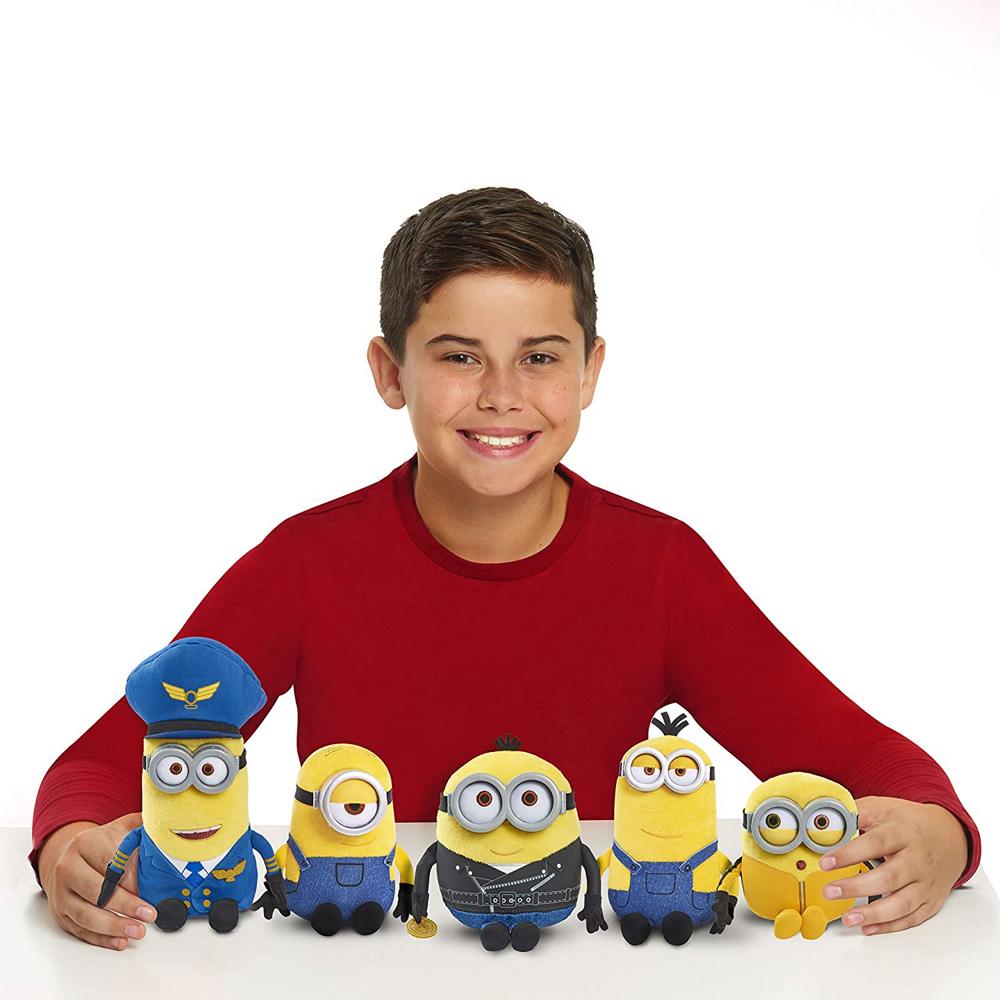 Just Play is rolling out a full lair’s worth of huggable plush and interactive Minions. Laugh and Chatter Otto is coming soon to Target ($24.99). Movin’ and shakin’ Boogie Dancing Bob is an 11″ dancing machine ($29.99; Walmart, Amazon, mass). Traditional plushes include the Small assortment — Stuart, Kevin, Pilot Kevin, Kung Fu Bob, Biker Otto ($7.99), Jumbo — Kevin, Bob ($19.99), and squishable Tactile Plush — Kevin, Stuart, Bob, Otto ($9.99). The Fart Blastin’ Minion Surprise mini plush collectibles (eight, $9.99 each) each comes in its own Fart Blaster — press the button to launch the surprise (with appropriate sound effects). Decked in his groovy best, Disco Dancing Bob has poseable arms and gets down when you press his foot to start the tunes ($17.99). And the Laugh & Giggle Plush Assortment lets kids laugh along with soft and squeezable Bob, Kevin and Stuart ($14.87). 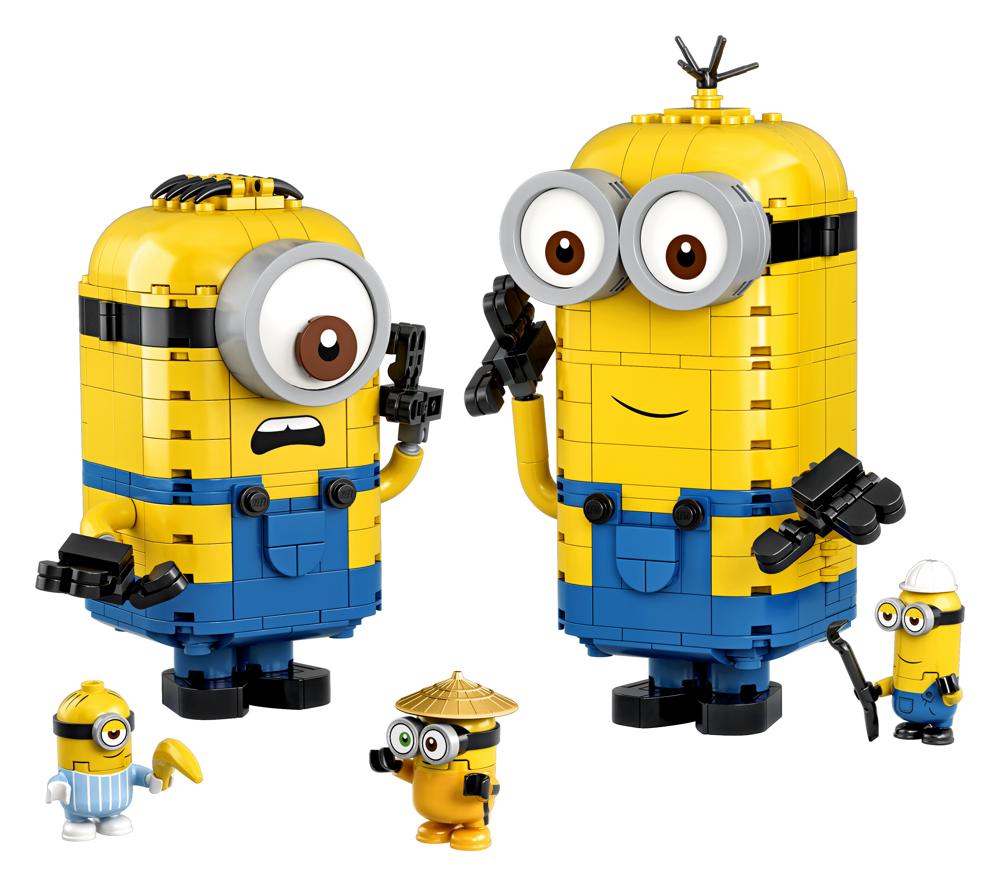 Brick-Built Minions and Their Lair 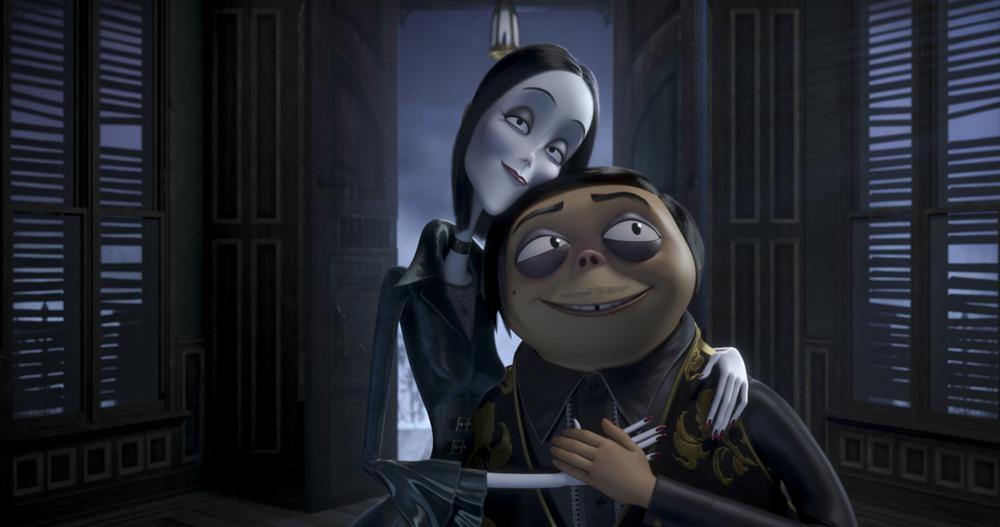 Metro Goldwyn Mayer (MGM) announced they will host their first ever virtual licensing summit on June 15, 16 and 17. With the annual Licensing Expo canceled this year, this will enable MGM to host current and potential licensees and provide a sneak peek at upcoming initiatives for a number of their iconic brands including Pink Panther, The Addams Family, Legally Blonde, Rocky and many more. (By invitation only, contact MGM at consumerproducts@mgm.com).

Over the years, MGM has built a large roster of licensees and other strategic partnerships in the apparel, accessories, gaming, home and collectibles categories, as well as live events and location-based experiences, and is continuing to expand programs for its broad portfolio. During the presentation, attendees will get an overview of the breakout events and anniversaries that lie ahead, opportunities for collaboration, and some special announcements. The presentation will also conclude with a question and answer session. 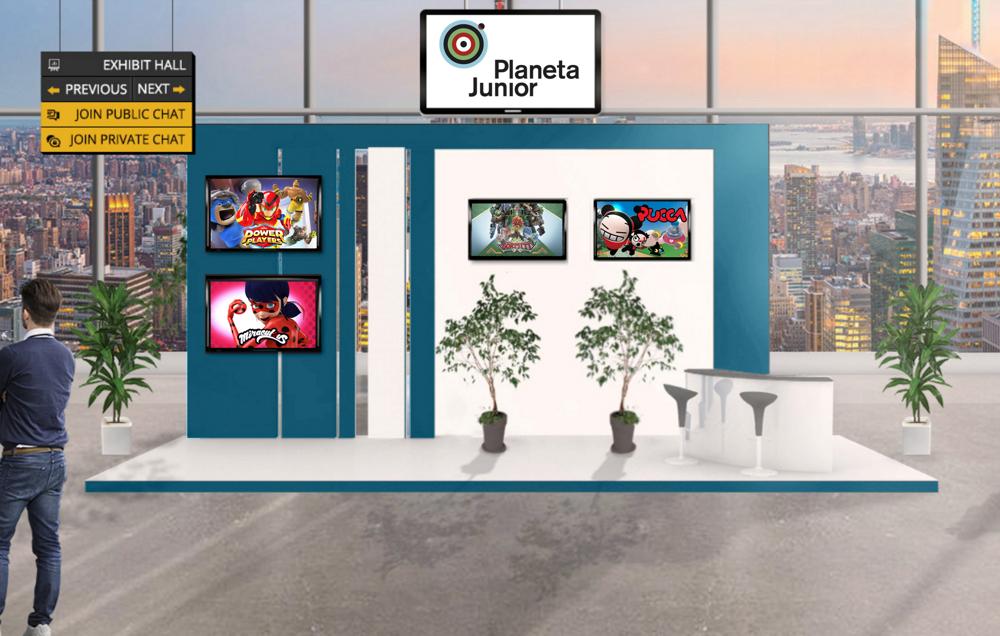 Leading European kids entertainment co. Planeta Junior announced its plans for the virtual Licensing Week trade fair — bringing the world’s licensing industry together from June 15-19 in a virtual space that allows participants to contact retailers, manufacturers and the media, to take part in the online fair, virtual conferences, educational and thematic seminars, and to network. The Planeta Junior virtual stand will present updates for a range of its brands. 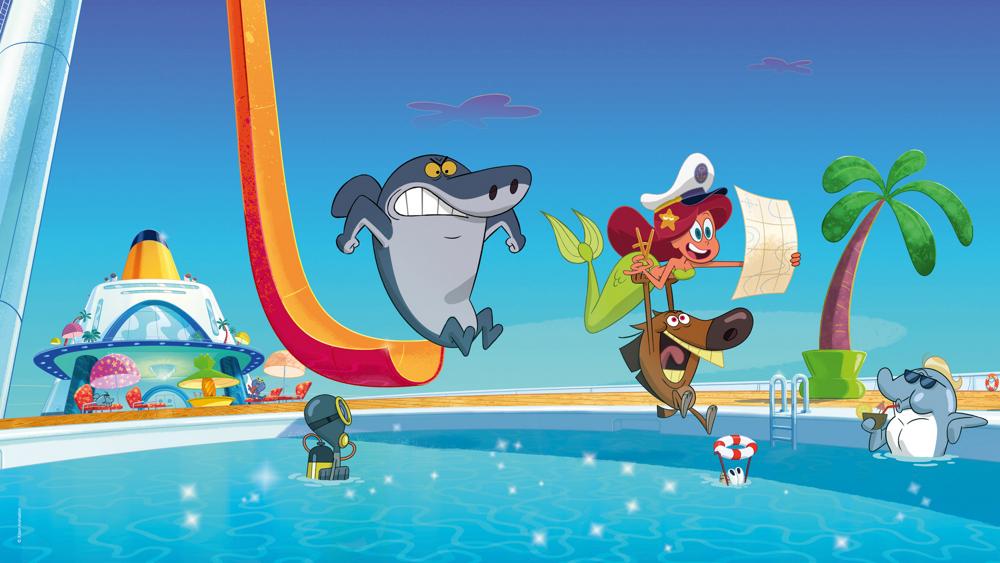 In NorAm, Zig & Sharko is available on Netflix and Amazon Prime Video, alongside having a strong local presence on Xilam’s dedicated YouTube channel where the new third season is now available. The Zig & Sharko YouTube channel boasts 10.5 million subscribers and has received over 5.1 billion views globally, with North America ranking as the second highest market for views and fourth largest for subscribers. 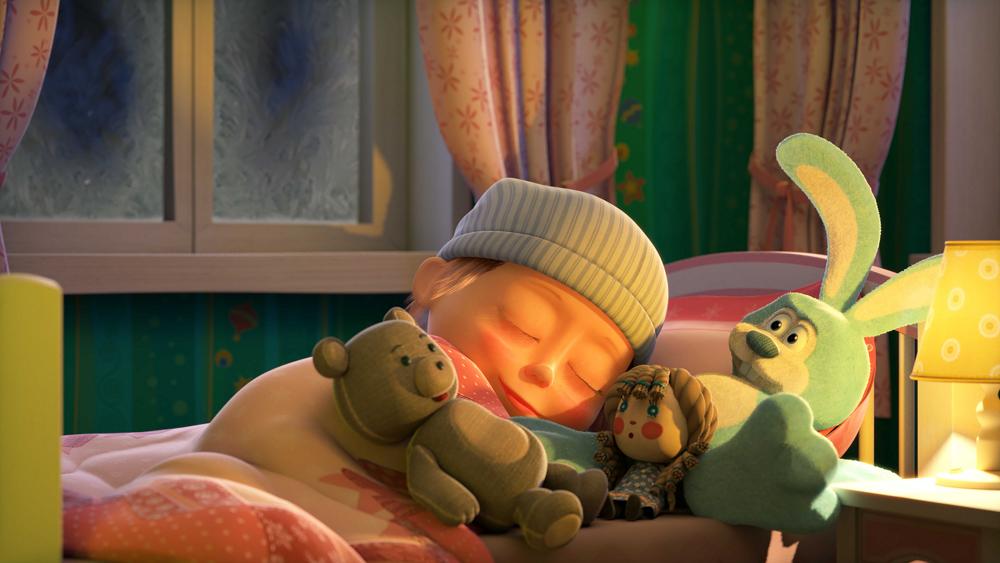 Animaccord, the multinational licensing & media company and studio, announced its first licensing deal for China with its animated family property Masha and the Bear. The company has recently inked the deal with Guangdong D&G Trading Limited to distribute the licensed toy collection across the country. The debut of a branded toy line that includes dolls, plush, playsets, figurines and roleplay is scheduled for August 2020 both in offline and online retail.

Earlier this year, Animaccord brought the Masha and the Bear series to TV broadcast in China for the first time. CCTV 14, the country’s main kids channel, released Seasons 1 & 2 on linear, following the cartoon’s previous premiere on Xigua Video, one of the most popular media applications in China, in January 2020.

Brand Licensing Europe has opened entries for its annual License This! competition, which gives young brands and designers a much-needed leg up into the multi-billion-dollar world of licensing and brand extension. This year’s judges are on the hunt for fresh, exciting new blood across two award categories: Character & Animation and Brand & Design. To qualify, entrants can hail from anywhere in the world, but they must be unsigned: not working with an agent or have any retail deals in place.

This year’s two License This! winners will receive a free exhibition stand at BLE 2021, one year’s Licensing International membership, PR support, and invaluable advice from the panel of industry experts. In addition, all finalists will receive legal consultation from competition sponsor Wynne-Jones.

Finalists will be chosen on September 11. Entry is free at https://www.brandlicensing.eu/en/learn-brand-licensing/license-competition.html