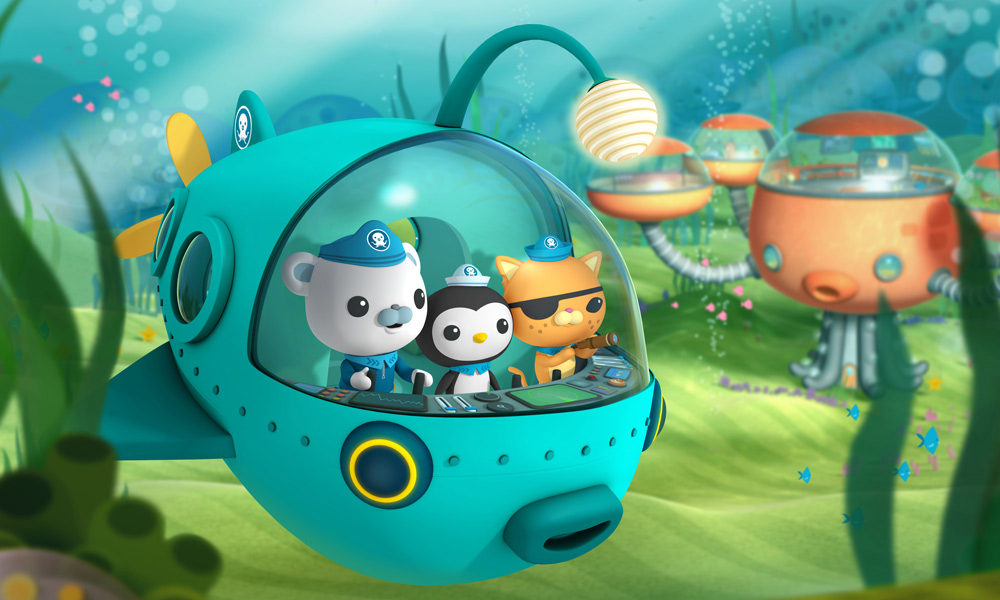 IDW Publishing and Smithsonian Enterprises have partnered on a multi-year global publishing program, which will create an unprecedented library of graphic novels build on the cultural and scientific knowledge of the world’s largest museum, educational and research complex. A range of books in a variety of formats will start rolling out in Fall 2020, including a middle-grade graphic novel series inspired by National Museum of American History video series Time Trials; original graphic novels focused on landmark events and individuals (in the traditions of IDW’s March and They Called Us Enemy), coloring books for kids and adults, picture books for young readers, and more.

“Comics can communicate complex ideas in the blink of an eye. As our art form becomes increasingly central to the work of educators and librarians, this program presents a unique and important opportunity to align IDW’s mission of quality graphic storytelling with the Smithsonian’s quest to share information with curious minds everywhere.”

“2020 will be the year that TeamTO’s original IPs make their mark in licensing, not only in France where our series perform extremely well, but in trend-setting markets such as the U.S., U.K. and China. The combination of having a popular show with very likeable and licensable characters on platforms like CITV, Cartoon Network, Universal Kids and Tencent, among others, is sure to seal MIKE’s fate as the most licensable dog in the world.”

Silvergate Media recently announced a major new partnership with Merlin Entertainments to bring the hit preschool property Octonauts to Changfeng Ocean World in Shanghai — part of the SEA LIFE global aquarium chain, which has previously brought the brand to U.K., Europe, Australia and U.S. locations. Launching in June 2020, the new attraction will be the Octonauts’ biggest yet, offering a unique underwater experience that is sure to make a splash with families in China. Visitors can play and explore in a fully submersed Octopod in the huge new Stingray Bay experience, joining Captain Barnacles, Kwazii and Peso on an exciting mission to learn about the world’s oceans and the incredible creatures that live in them. And of course, a dedicated on-site gift shop.

“Fun and discovery are at the core of what we do at Merlin and that is why Octonauts is an ideal fit for us. The new attraction will bring Octonauts to life in a way that has never been done before and we are very confident it will drive growth in visitor numbers when it launches at Changfeng Ocean World.”

“We are delighted to be representing the L&M rights for The Ollie & Moon Show. The TV series was extremely well received by viewers when it aired on EBS, captivating young audiences with its globetrotting storylines and educational/entertaining details which feature cultural experiences in various countries. As such, this is perfect timing to bring the adorable heroes of the show into the daily lives of children and their parents in Korea.”

WildBrain CPLG has inked a deal with Rainbow Designs (“The Home of Classic Cartoons”) for two distinctive new collections featuring Charles Schulz’s Peanuts characters. The Everyone Loves Snoopy plush gift collection presents Snoopy and Woodstock in their beloved traditional formats and is perfect for fans of all ages. The My First Snoopy collection has been created specifically for babies and young children to encourage early developmental skills and promote sensory play. The infant collection features multiple variations of Peanuts plush toys, ranging from rattles and comfort blankets to 25cm baby soft cuddly toys. The new collections (available Fall/Winter 2020) follow the November launch of Snoopy in Space on Apple TV+ and the brand’s 70th anniversary this year.

“Plush has always been a key category for the Peanuts brand, with Snoopy plush often serving as children’s introduction to the brand. Rainbow Designs understands the importance of this connection and has a legacy of working with classic characters, which makes them an excellent fit for Peanuts.”