Spanish youth series Imira has added the classic clay-animated series Koki to its growing third-party slate as it looks to boost its library of programming for European and global markets.

The 26×5′ series, winner of Prix Jeunesse and New York Film Festival awards, has sold to over 150 territories since its launch. Imira will exclusively represent all worldwide broadcast rights including TV, internet, IPTV, PDA, Video and VOD as well as publishing and licensing rights on a non exclusive basis. Koki is produced by Paco Rodriguez of PPM Multimedia and Nina Elias Bamberger of Children Television Workshop.

The preschool show follows a family of chickens, including a little hen called Koki. She grows up learning about responsibilities, friendship, and the joys and trials of having a younger sibling.

Producer Paco Rodriguez said: ”This deal will allow us to grow the Koki brand. The digital era with its new technologies brings additional opportunities for content with a second exploitation opportunity. This allows older generations to share the vintage and nostalgic content that they grew up with, with their preschool children born in the new digital interactive entertainment era.”

Christophe Goldberger, Imira’s producer and head of distribution and Marketing said: “This is a series with a fantastic pedigree and a great additional to our roster. We will be seeking new partners across both traditional and new broadcast platforms for the show and I am confident it will win new fans all over the world.” 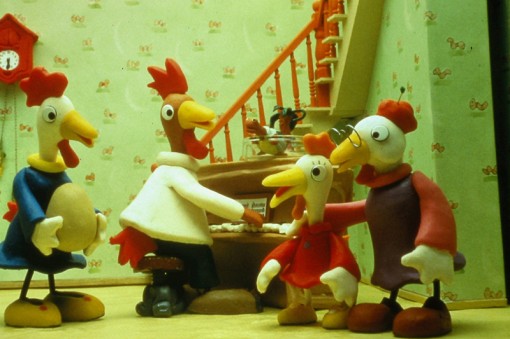