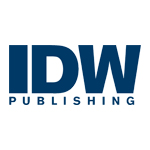 IDW and DC Entertainment are teaming up to publish a new collection of Batman’s Silver Age newspaper strips in a matching format to the Silver Age Superman series. Penned by longtime Batman editor Whitney Ellsworth, with art by Shelly Moldoff, Joe Giella, and Carmine Infantino, the newspaper strip debuted in 1966, following the campy Batman TV series that starred Adam West and Burt Ward.

The first volume, reprinting all B&W dailies and color Sundays from 1966 and 1967, features an all-star list of Batman and Robin characters, including Catwoman, the Penguin, the Joker, Poison Ivy, and Batgirl! The 11 x 8.5″ hardcover designed and edited by Dean Mullaney will feature a dust jacket cover by Pete Poplaski, and will be 256 pages, including an introduction by Joe Desris.

“Ellsworth and the artists perfectly captured the flavor of the television show,” Mullaney says. ‘It’s a tremendous amount of fun, both as nostalgia and as a unique creation of its time.”

Created in 1939 by Bob Kane, Batman has become of the most revered comic book properties of all time, and inspired countless series, animated television shows, video games and movies. The next Batman feature appearance will be in Warner Bros. The LEGO Movie which opens on Feb. 7, and features Will Arnett as the voice of the Caped Crusader. 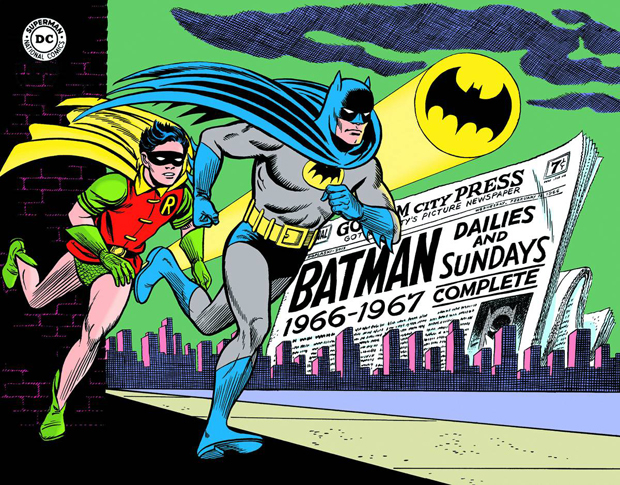