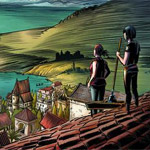 IDW Publishing in the US and French publisher Glénat have joined forces for a new joint initiative, “Original Graphic Novel,” dedicated to creating original comic books for publication in both France and the States. The program will seek to create fresh works suitable for both markets in terms of storytelling, formats and themes.

This initiative builds on an existing relationship between IDW (the fourth-largest publisher in the US market) and Glénat (the third-largest in the French market) which has seen the former bring the Glénat-Disney collection titles, such as Café Zombo by Régis Loisel, to the US.

Original Graphic Novel will pursue a variety of genres — sci-fi, fantasy, western, humor, thriller, adventure, etc. — and facilitate collaboration between writers and artists working in the American and Franco-Belgian industries. The first OGN titles being published in 2018 are The Highest House, a fantasy project by Mike Carey & Peter Gross, creators of two-time Hugo Award-nominated The Unwritten; and Lowlifes, a hard-boiled thriller set in modern day Los Angeles, by Brian Buccellato & Alexis Sentenac.

Following will be Sukeban Turbo by Sylvain Runberg & Victor Santos, a wild and violent ride through New York City; Boogeymen, a fantastic tale in which monsters do not live only in children’s minds, by Mathieu Salvia & Djet; A Glimpse of Ashes, a social, urban thriller, by Thomas Day & Aurélien Police; and Gunning Down Ramirez, a bloody road-trip reminiscent of Tarantino’s movies, by Nicolas Petrimaux. 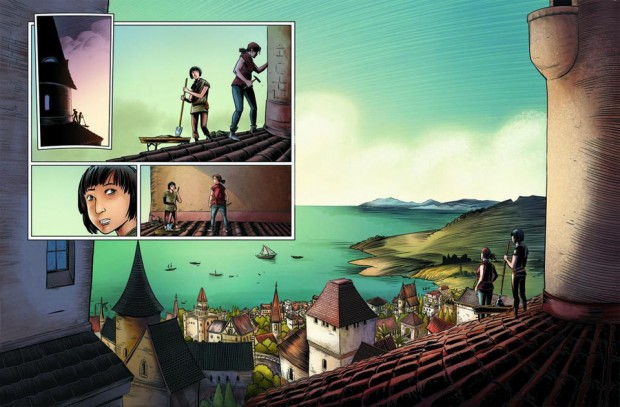