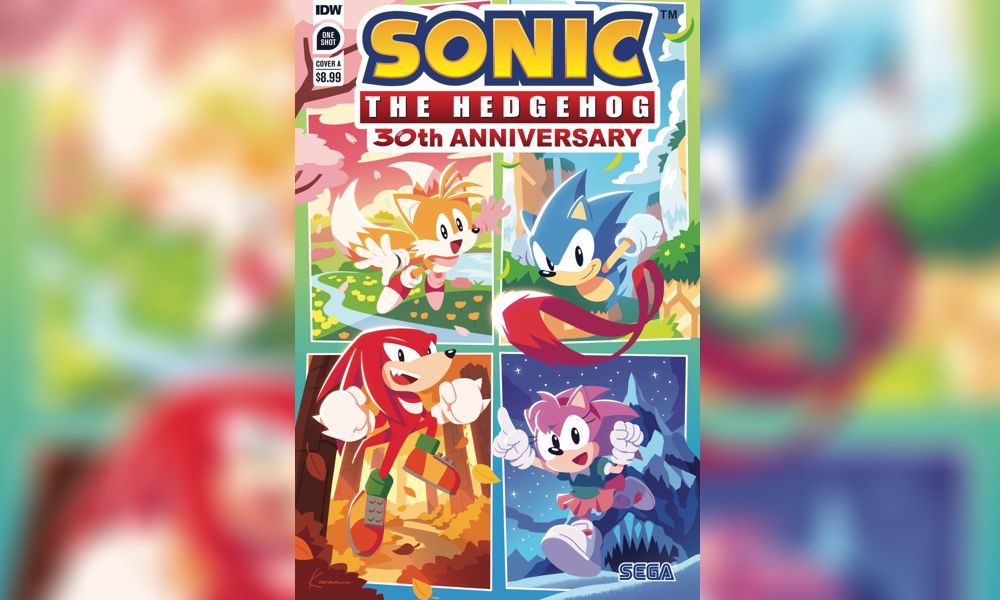 IDW Publishing and SEGA of America, Inc. today announced a special comic-book collaboration celebrating 30 years of the video game sensation turned pop culture icon, Sonic the Hedgehog. Timed to the speedster’s 30th trip around the sun this June, IDW will release the Sonic the Hedgehog 30th Anniversary Special, a super-sized 80-page comic book featuring three tales of colorful heroes and dastardly villains, sure to tug at the heartstrings of fans of all ages!

With the franchise entering a new decade, the anniversary issue will feature the writings of New York Times best-selling authors to bring a fresh spin to the Blue Blur’s next chapter.

“We’re celebrating a major milestone for the world’s coolest hedgehog, so we needed creators who could capture the vibrant comedy and action of Sonic in style,” said IDW editor David Mariotte. “The 30th Anniversary Special features possibly the greatest creative lineup ever assembled on a single issue of Sonic!”

For this spectacular tribute comic, IDW has tapped Gale Galligan, known for her illustration work on The Babysitters Club, along with Justin, Travis and Griffin McElroy, podcasters recognizable from The Adventure Zone and the wildly popular My Brother, My Brother and Me. This group of newcomers will be contributing their first-ever Sonic adventures alongside fan-favorite and longtime scribe Ian Flynn and artists Mauro Fonseca, Reggie Graham, Aaron Hammerstrom and Thomas Rothlisberger. 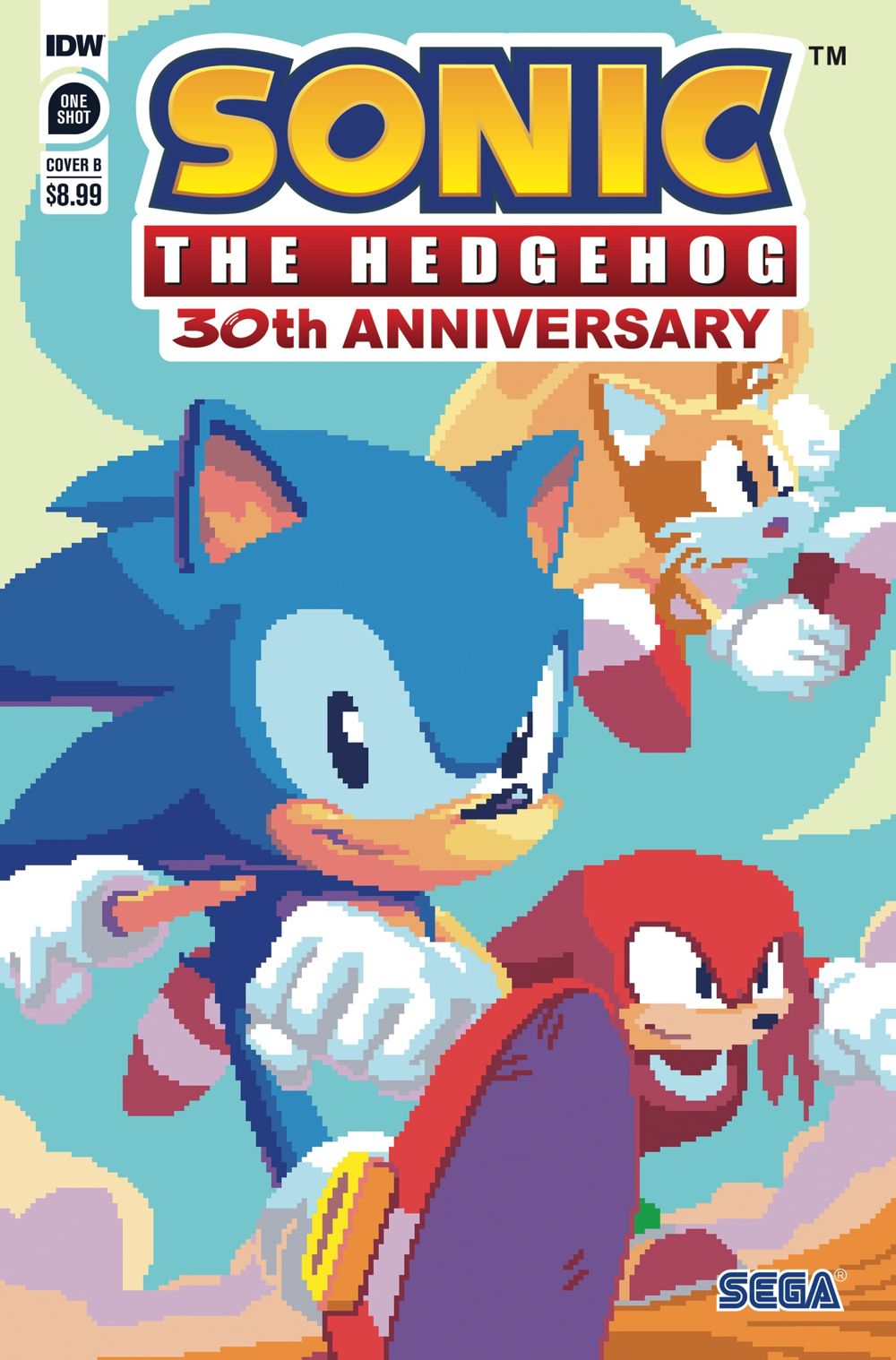 “Seasons of Chaos,” the first of three stories featured in the 30th Anniversary Special, comes courtesy of Flynn, Hammerstrom and Graham, and sends Sonic on a mission from pleasant spring valleys to winter wonderlands in search of Chaos Emeralds alongside his friends Miles “Tails” Prower, Knuckles the Echidna, Amy Rose, Mighty the Armadillo and Ray the Flying Squirrel.

“Sonic has been central to my creative career for 15 years,” said Flynn. “I’ve had the pleasure of writing the little blue hedgehog in a variety of media, and he in turn has introduced me to an army of artists and editors who have helped me grow as a professional (and made me look good). I’ve had a long run with Sonic, and I hope that continues for years to come!”

The vile Dr. Eggman takes center stage in the second story, with the surprisingly poignant “Dr. Eggman’s Birthday” by Galligan and Rothlisberger… because this momentous occasion belongs to the bad doctor, Sonic’s nemesis of 30 years, as much as it does to the Blue Blur.

“When my sister and I were little, we borrowed the Sonic the Hedgehog OVA from our local video library and proceeded to watch it about a billion times,” said Galligan. “I still remember quoting it back and forth with her for weeks after that! Sonic has held a special place in my heart ever since. I’m thrilled to be able to contribute to the 30th Anniversary Special, and I can’t wait to send my sister a copy!”

Finally, in the action-packed and laugh-inducing third story “Sonic Learns to Drive” by the McElroy Brothers and Fonseca, Sonic’s up against a tough challenge: when the fastest thing alive can outrun any car, will Sonic have the patience to learn what to do behind the wheel… or will he finally get left in the dust?

The Sonic the Hedgehog 30th Anniversary Special will be available with multiple cover variants for retailers and fans to enjoy, including Cover A by Sonic Team, Cover B by Christina-Antoinette Neofotistou, and two retailer incentive editions featuring art by Patrick Spaziante and Tyson Hesse, respectively. 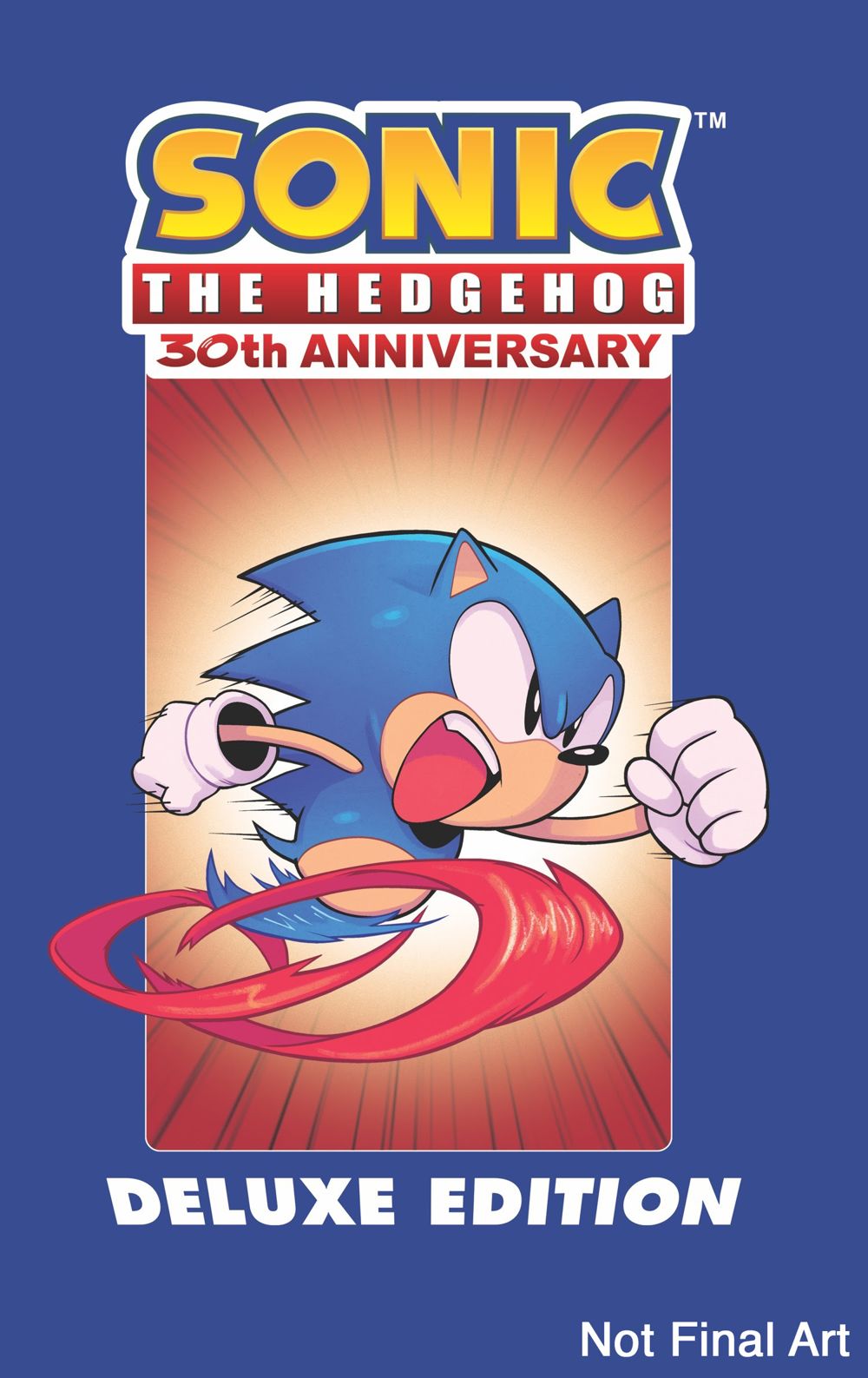 For ardent Sonic enthusiasts, IDW will also be producing the Sonic the Hedgehog 30th Anniversary Celebration: The Deluxe Edition, a hardcover version with special bonus content and a level of added prestige for $19.99 USD. Hitting stores on October 5, 2021, the Deluxe Edition features an additional story by Galligan, a cover gallery, a “From Script to Comic” feature and much more.

As another way to commemorate 30 years of Sonic, IDW will release Sonic the Hedgehog: The IDW Collection, Vol. 1 for $59.99 USD on June 22, 2021, debuting a new line of oversized Sonic hardcover editions that will encompass the ongoing series, annuals and mini-series in the recommended reading order. Featuring everything a beginner could need and everything a diehard could want, the first volume collects issues #1-12 of IDW’s Sonic the Hedgehog comics, comprising the complete “Fallout,” “The Fate of Dr. Eggman” and “Battle for Angel Island” story arcs.

Fans can find Sonic the Hedgehog comics through their local comic shop — visit www.comicshoplocator.com to find a store near you! 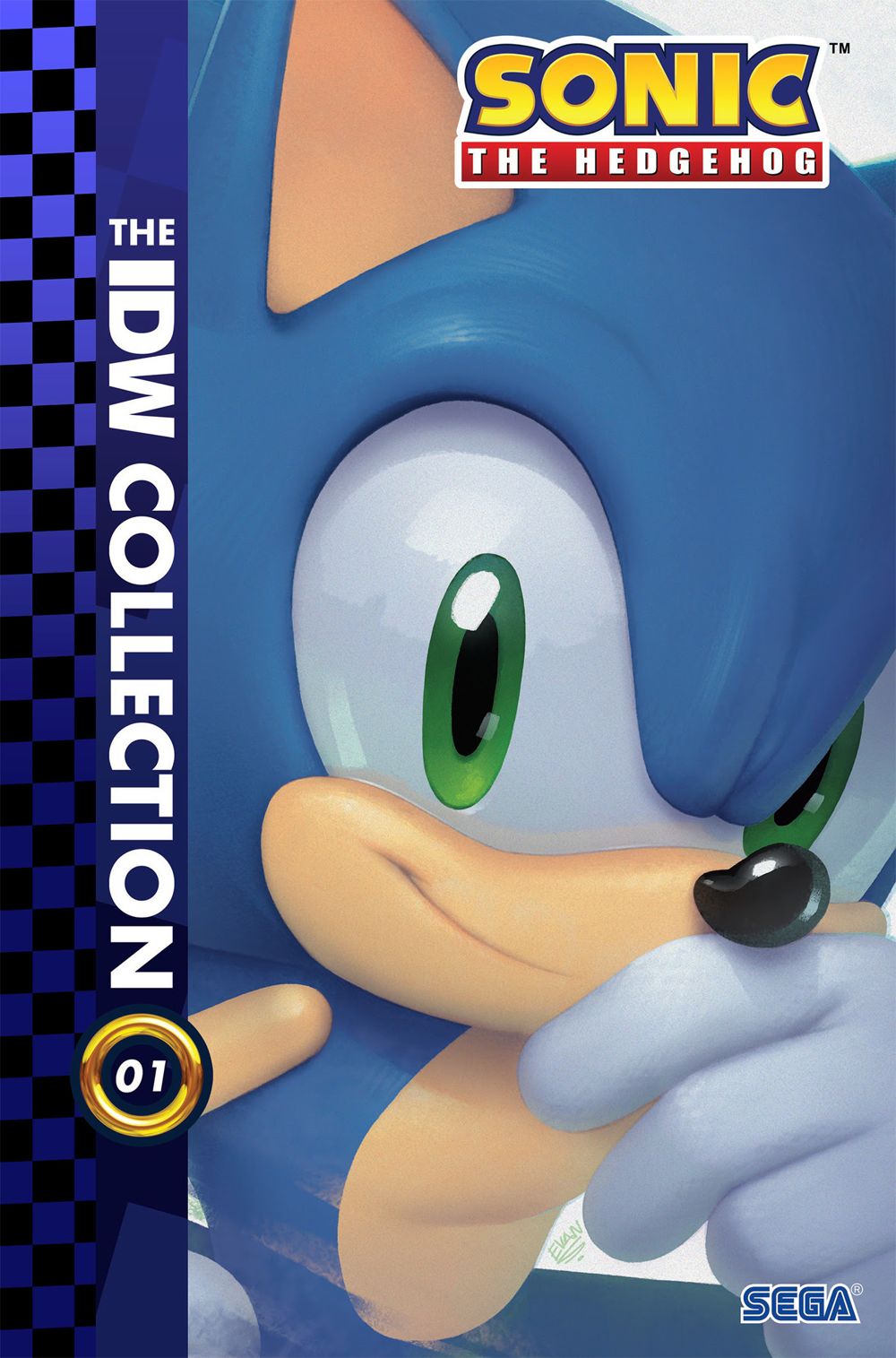