The Jim Henson Company has licensed all 66 x 30’ episodes of its four-time Daytime Emmy-nominated preschool series, Sid the Science Kid, to India’s Zee for its newly launched Zee-Q—which is billed as the first “edutainment’ channel of India targeting four to 14-year-old viewers. The announcement was made today by Richard Goldsmith, Henson Company’s exec VP of global distribution.

Each episode of the show features practical skill-building fun, using music and humor to celebrate children’s natural curiosity about science in everyday life. With each topic, Sid finds answers in familiar places, encouraging preschoolers to discover fun in their everyday world!

The agreement was signed ahead of the upcoming Asia Television Forum, at which The Jim Henson Company will exhibit for the first time this year; and the Asian Animation Summit, where the company will be focusing on meeting with potential co-production partners.

“Zee is acquiring educational content for the new Zee-Q channel that will foster curiosity through fun and entertainment, and Sid the Science Kid is a natural fit,” commented Goldsmith. “We are looking forward to attending our first ATF to introduce our entire catalog of new and classic programming to the Asian market, and to further our goal of attracting additional co-production partners in the region at both the ATF and the Asian Animation Summit.”

Henson has formed co-production alliances with several Asian partners in recent years, including its first Chinese co-production partnership earlier this year for Sid the Science Kid: The Movie with Nine Eyes Stone and the Shanghai Animation Film Studio; and with Sparky Animation, with the participation and assistance of the Singapore Media Development Authority, for its award-winning CG animated series Dinosaur Train. 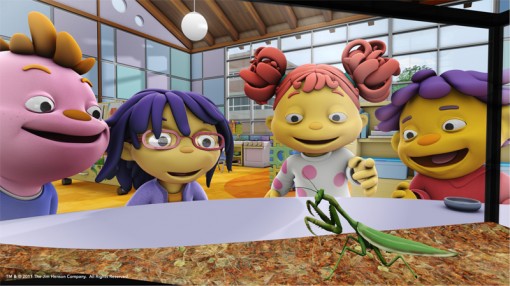