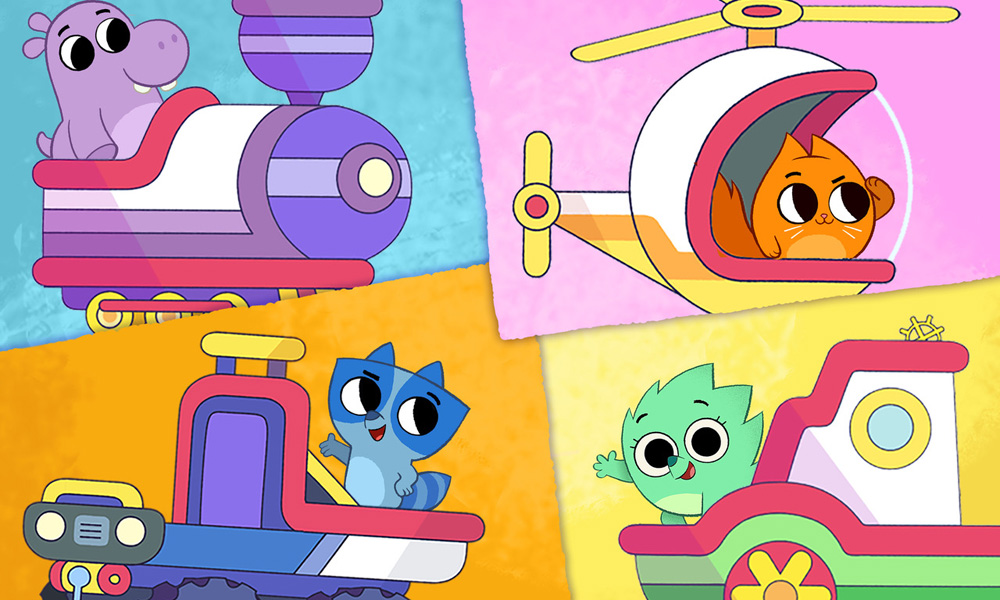 On the heels of its U.S. broadcast deal with Disney Junior and Hulu, Toronto-based entertainment company Guru Studio has appointed Playmates Toys as the global master toy partner for its newest original preschool series, Pikwik. Disney Junior has also acquired the series for its channels in Australia & New Zealand, Korea and India.

In collaboration with Guru, Playmates will bring to market a complete line of figures, playsets, vehicles, plush and role play items inspired by the new series, which is set to air on Disney Junior in the U.S. and other territories in 2020. Playmates Toys has acquired worldwide toy rights, excluding China.

“We are absolutely thrilled to be working with the dynamic and experienced team at Playmates,” said Frank Falcone, Guru Studio President and Executive Creative Director. “They instantly understood the appeal of the property and saw the potential behind our adorable characters and the charming universe they live in!”

“Playmates Toys has built some of the biggest toy brands in the world,” said Jonathan Abraham, Senior Director of Sales and Business Development at Guru Studio. “Together with the broadcast support of Disney Junior and other leading international preschool networks soon to be announced, we have an incredible foundation to build a top-tier global brand.”

Karl Aaronian, Senior Vice President of Marketing, Playmates Toys, commented, “Playmates Toys is delighted to enter into a partnership with Guru Studio, on a franchise that is sure to have a wide appeal with young kids. We’re happy to bring our expertise in creating superior character product lines for preschoolers to this new Pikwik line, inspiring kids to recreate the adventures of these sure-to-be-beloved characters.”

Piwik follows team leader Suki the hedgehog, Trevor the racoon, Hazel the cat, and Tibor the hippo, as they work together to deliver surprise-filled parcels to the colorful residents of Pikwik. The 52 x 11-minute episodes are packed with big adventures, silly hijinks, and heartfelt charm that will entertain preschoolers while underscoring the social value of teamwork, responsibility and critical thinking. The series was created by Guru Studio’s President & Executive Creative Director Frank Falcone and Development Executive Rachel Reade Marcus.