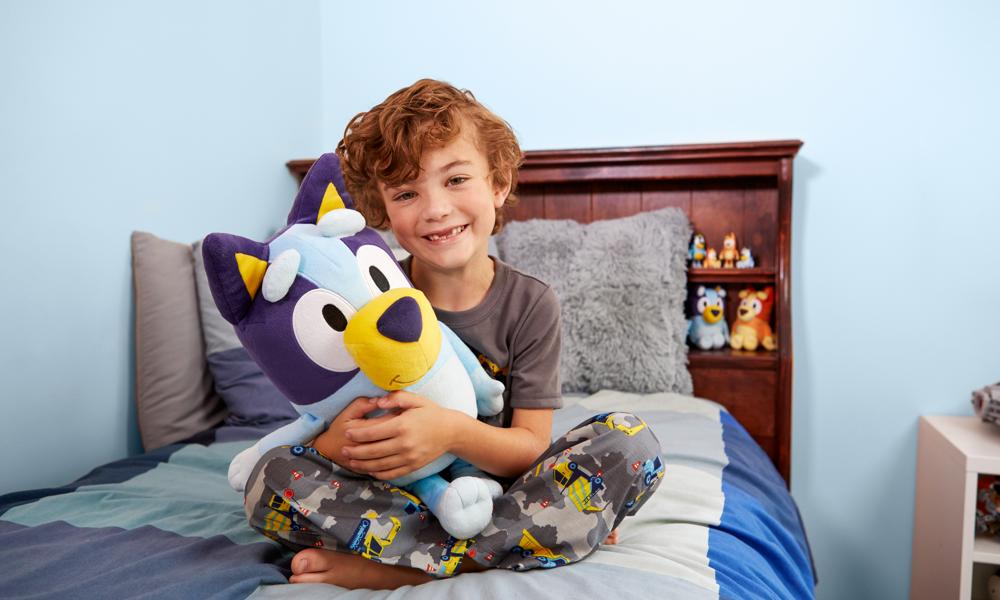 BBC Studios and Moose Toys announced the eagerly-awaited range of toys inspired by Australia’s Emmy Award-winning Bluey, a popular series on Disney Junior and Disney+, are set to launch in the U.S. this month. The new collection from Australian-based toy company Moose Toys, a leader in innovation, includes a range of plush, figures, playsets, and games designed to spark imagination-fueled fun and invite preschoolers to create their own Bluey-themed adventures at home.

The toys will be available at Target in late June and all major retailers on August 1. For more information visit moosetoys.com. 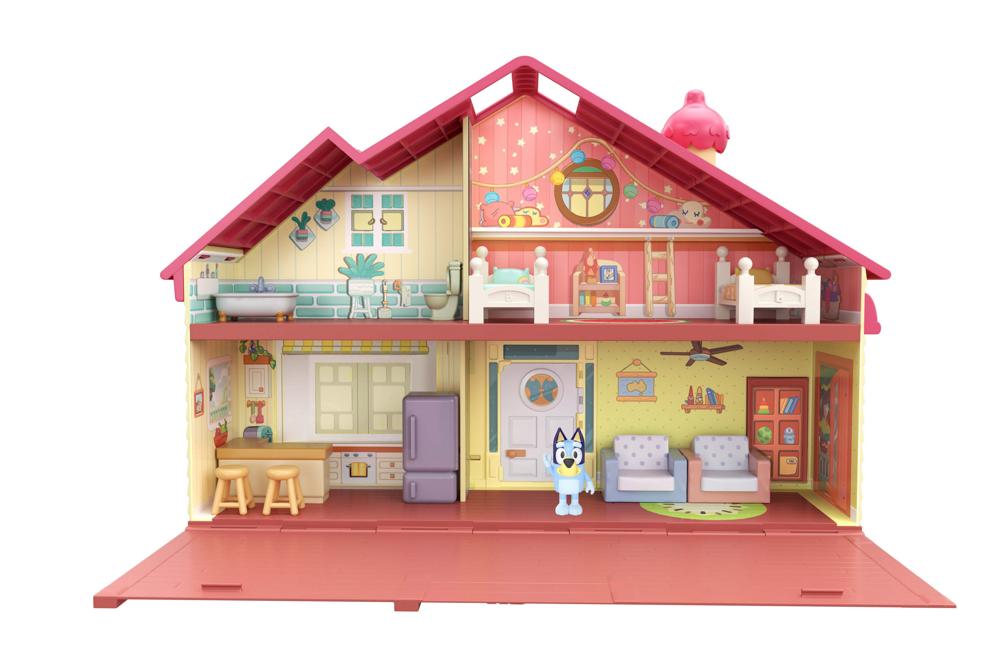 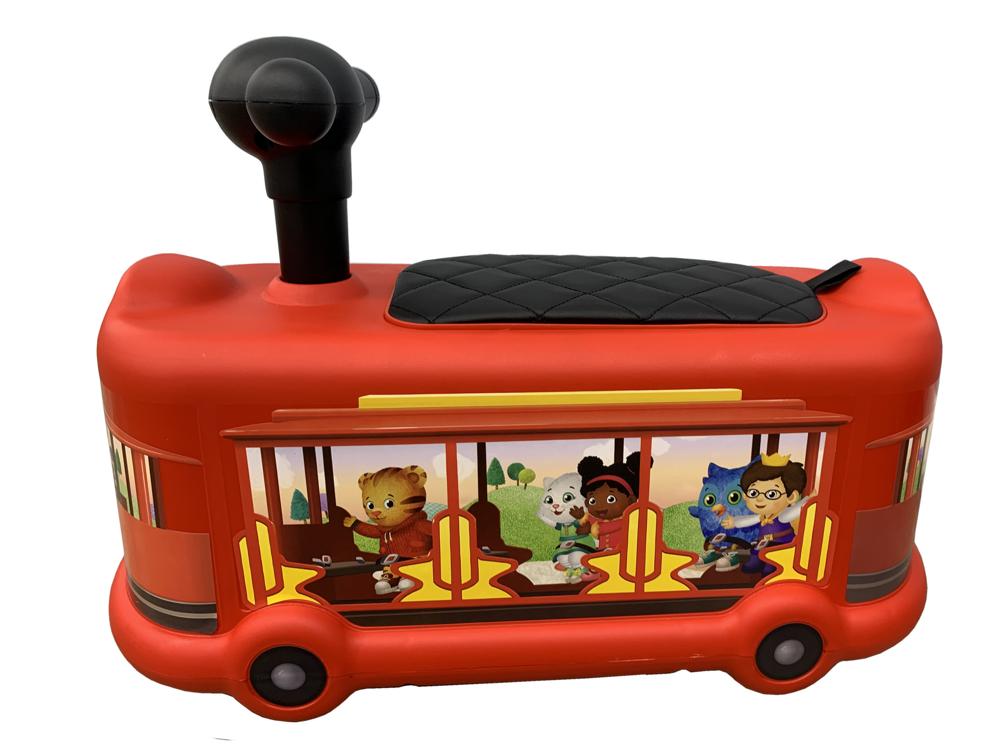 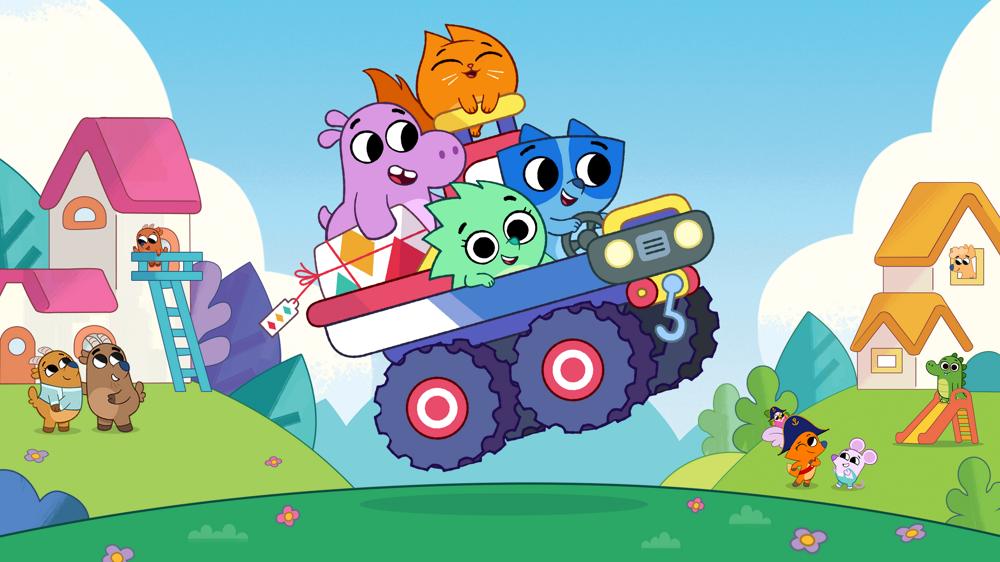 Guru Studio, a leader in children’s entertainment, is pleased to announce today it has appointed New York-based Licensing Street as its exclusive licensing agent for its newest preschool series Pikwik Pack. The 2D animated series is set to air on Disney Junior in the U.S. in Q1 2021.

With Playmates Toys as global master toy partner already on board and Scholastic handling U.S. publishing, Licensing Street will represent the brand in the U.S. across all consumer products including apparel, home, accessories, party decorations, games and live events, and will continue to develop a licensing program that reflects the brand’s core themes of community, responsibility and teamwork.

“We’re thrilled to be teaming up with Licensing Street who have an incredible track record of building successful licensing programs in the preschool space.” said Jonathan Abraham, VP of Sales and Business Development at Guru Studio. “Licensing Street brings a wealth of industry knowledge and expertise to the table and we are excited for them to lead our licensing program in the U.S.”

The series, which was acquired by Disney Junior U.S., Australia/New Zealand, Korea and India, follows the Pikwik Pack — Suki the hedgehog, Axel the raccoon, Tibor the hippo and Hazel the cat — as they deliver magical packages filled with love to the kind citizens of Pikwik. The 52 x 11′ episodes are packed with big adventures, silly hijinks, and heartfelt charm that will entertain preschoolers while underscoring the value of community, responsibility and teamwork. 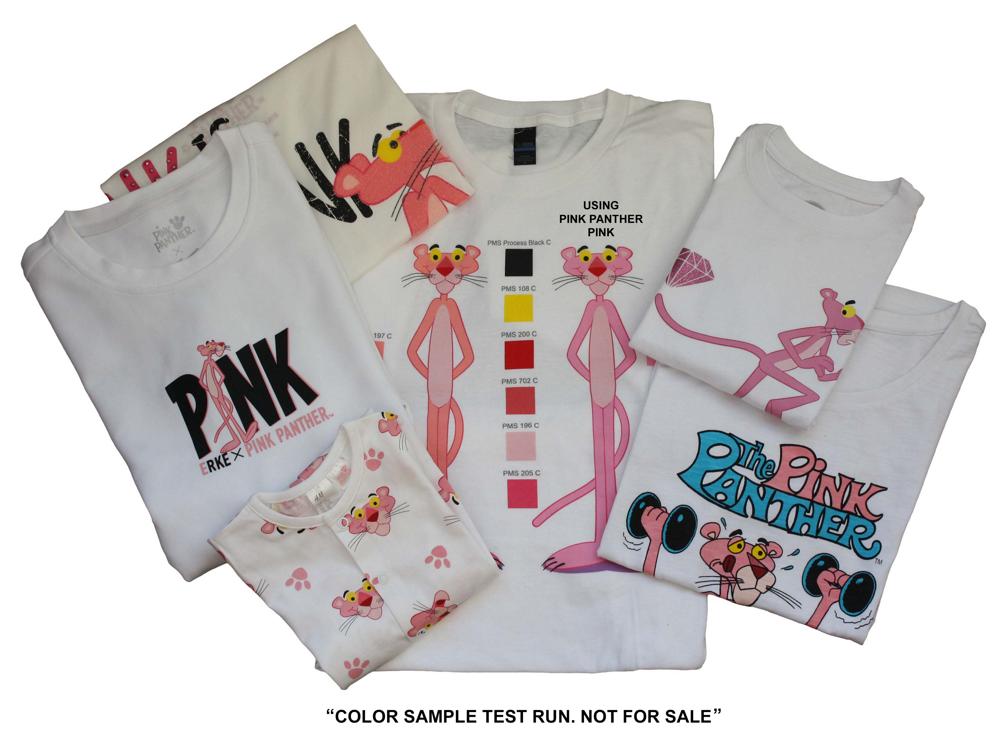 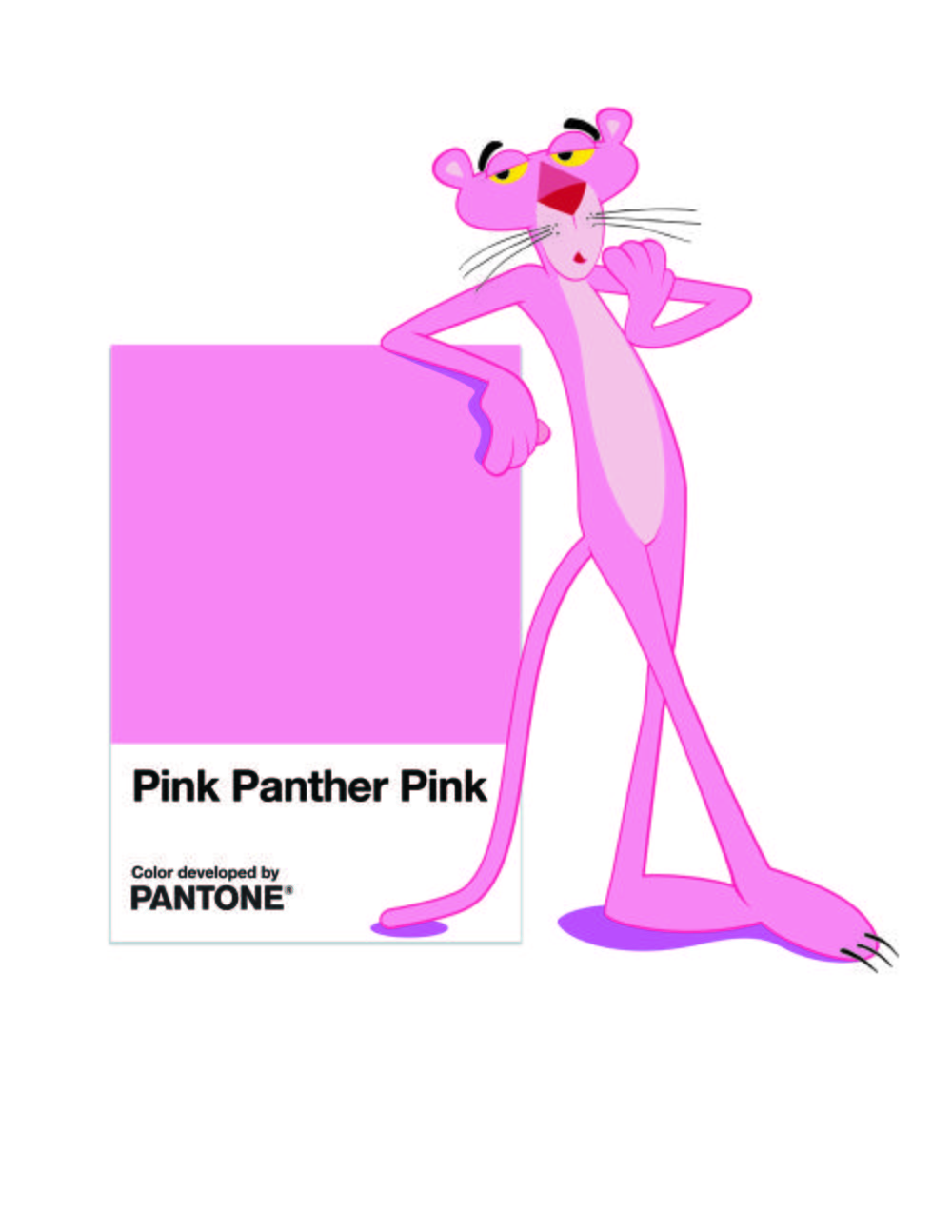 Metro Goldwyn Mayer (MGM), a leading entertainment company focused on the production of premium film and television content across platforms, and Pantone, the global authority on color, unveiled the first-ever Pink Panther Pink color, a vibrant and playful unique pink shade inspired by MGM’s iconic character. According to a recent brand study, Pink Panther’s signature pink hue is his most recognizable attribute, so when creating the new color, it was important for MGM and Pantone to stay true to Pink Panther’s roots, while also developing a tone that refreshes the character for the 21st century.

The new shade, a vibrant pink with undertones of blue and yellow, not only embodies the playful, charismatic and charming aspects of Pink Panther’s personality, it also enhances the character’s famously smooth style that has helped to establish his place in the larger cultural zeitgeist, including recent collaborations with top fashion and retail brands like H&M, Zara, Mimi Wade, South Korean Apparel brand Stereo Vinyls and U.K. beauty brand Peaches & Cream. Pink Panther Pink captures Pink Panther’s irreverent charm and sophistication, conveying the signature ultra-cool style of this loveable prankster whose clever ability to outsmart his rivals endlessly captivates.

“We were honored to collaborate with MGM on the development of this new special pink hue for Pink Panther,” said Laurie Pressman, VP Pantone Color Institute. “As an iconic character beloved by all, it was important that we develop a pink shade truly emblematic of Pink Panther’s spirited nature, one that celebrates the legacy of this ingenious comic hero as well as the future.” 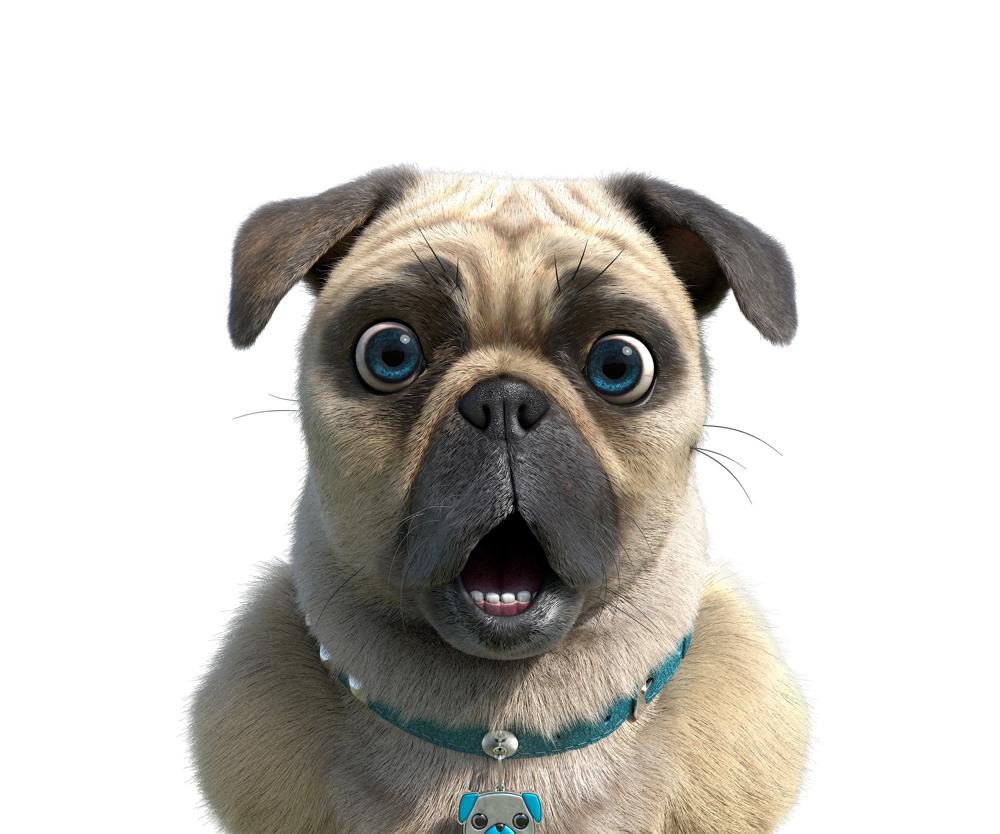 “We are really excited to be partnering with TeamTO as their first Italian licensee for publishing in kiosks and mass market. We are certain that the successful correlation between the editorial content of Play Press and the strength of the Mighty Mike character will make for a great partnership. Edizioni Play Press will launch this new brand in the market in June 2020, with a wide range of formats for Mike’s little fans, like magic albums, coloring books, activities with stickers and activities with crosswords & games,” said Sarah Polito, Licensing Manager of Edizioni Play Press. 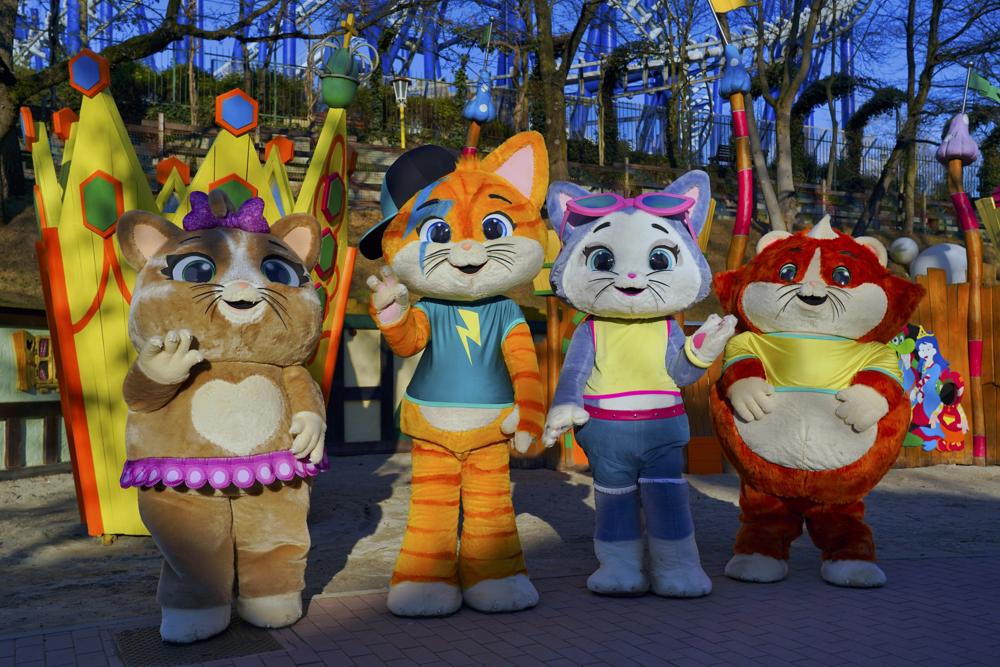 The protagonists of 44 Cats, the animated series produced by Rainbow are ready to thrill visitors at Gardaland Resort in Italy, one of the most famous theme parks in Europe, which will reopen its doors on June 13 for a summer season of fun in total safety, with practical and innovative measures that will guarantee the performance of all recreational activities in the recommended maximum safety modes.

The 44 Gatti Rock Show, the Buffycats’ outdoor music show dedicated to families and designed specifically for Gardaland, will be on stage for the entire summer season thanks to the collaboration between Rainbow and the park, expanding the already dense program of activities of Italy’s most famous themed attraction, visited every year by hundreds of thousands of families, and allowing young fans to enjoy and relive the atmosphere of the acclaimed series featuring TV’s most loved musician cats, born from the creativity of Iginio Straffi, founder and president of Rainbow group since 1995.

The show will debut June 13 on the stage of the 44 Gatti Arena, which will be turned into the Buffycats’ Clubhouse with all the elements of the famous garage of the cartoon. A 15-minute show of pure fun with the original hits of the series, which will be followed by a special Meet & Greet. In addition to the show, Gardaland Hotel will offer its guests the chance to stay in the 44 Cats themed rooms, for a totally pawesome experience. And while the eagerly awaited reopening approaches, the new episodes of 44 Cats are on their way to screens worldwide and the success of the series is constantly increasing, with high ratings and widespread popularity in the licensing sector. 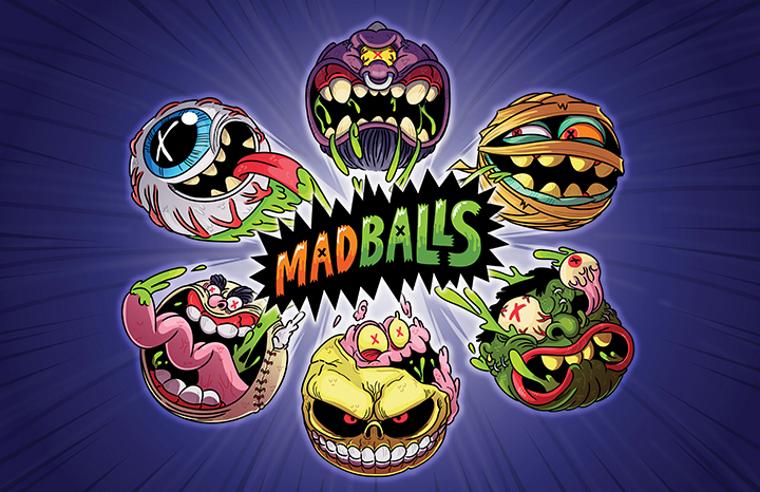 Megalopolis Toys and Cloudco Entertainment, owner of both Madballs and Barnyard Commandos, have partnered to launch a new line of classic/retro action figures for each of these two iconic brands.

Launched in 1985 as one of the original ‘gross out’ toy brands of the decade, Madballs went on to sell tens of millions of toys, inspire a series of animated specials and launch an extensive consumer products program that included comic books, softlines, video games, collectibles, seasonal and back-to-school products. Similarly, Barnyard Commandos was launched in the early 1990s with its own animated series, a nationally advertised toy line and a full slate of licensed consumer product partners.

In this relaunch, Megalopolis Toys is developing 6” sculpts of characters using cutting edge technology, inspired by classic archives Madballs and Barnyard Commandos in partnership with top industry design talent, including master sculptor James Groman. Groman is both the creator of the Barnyard Commandos IP as well as a member of the original team that developed and launched Madballs. Each of the respective toy lines will start accepting pre-orders Summer 2020 and will be sold direct-to-consumer through Megalopolis.toys, the Megalopolis Toys mobile app and select specialty retailers Summer 2021.

“This will be the first wave of our new retro action figure line based on properties from the 80s and 90s, and the launch of our extensive Megalopolis: Premium D.N.A. line. These are properties that have been dear to me for over 30 years, and I am ecstatic to be able to bring them back,” said Ben Westover, Creative Director/Co-founder of Megalopolis Toys.

The deal was brokered by Brand Brilliant Consulting, LLC.