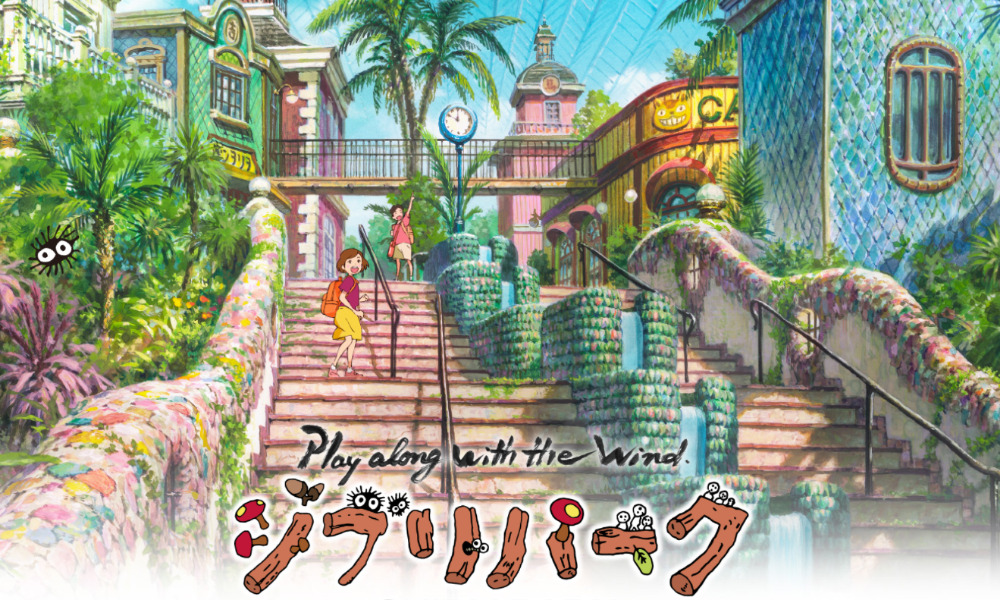 At long last, Studio Ghibli has announced that its Ghibli Park will welcome fans into the artful, nostalgic and fantastical worlds of its beloved films this year, with Opening Day set for November 1. An official website for the theme park launched with the announcement, revealing the Phase 1 areas and offering sneak peeks through concept art and a new photo.

Initially conceived as a themed nature park by director/co-founder Hayao Miyazaki in 2015, Ghibli Park is a gentler take on the classic amusement park. With no massive rides or overstimulating attractions, visitors are invited to “take a stroll, feel the wind, and discover the wonders.” Its structures and sights are being built to complement the surrounding forest of the Aichi Earth Expo Memorial Park, about 15 miles outside Nagoya, Japan. 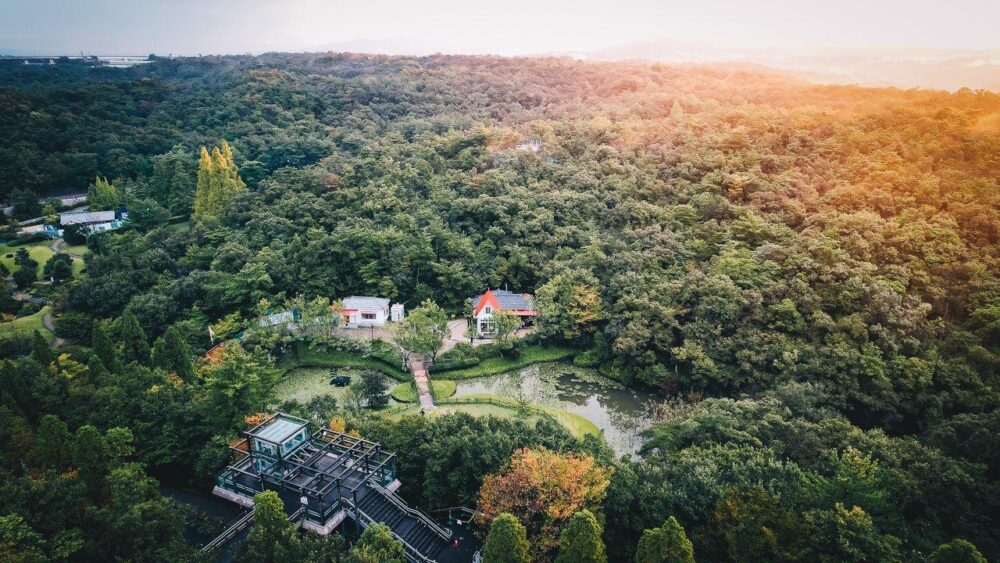 At opening, viewers can explore Ghibli’s Grand Warehouse — an indoor bazaar home to unseen treasures from the studio’s movies as well as artefacts of all sizes from past exhibits. Here, you might encounter a Robot Soldier from Laputa: Castle in the Sky (1986) or the iconic Cat Bus from My Neighbor Totoro (1988), check out kid-sized exhibits or feast your eyes on production materials that reveal the secrets of your favorite movies. The Warehouse is reported to be three times larger than Tokyo’s Ghibli Museum. 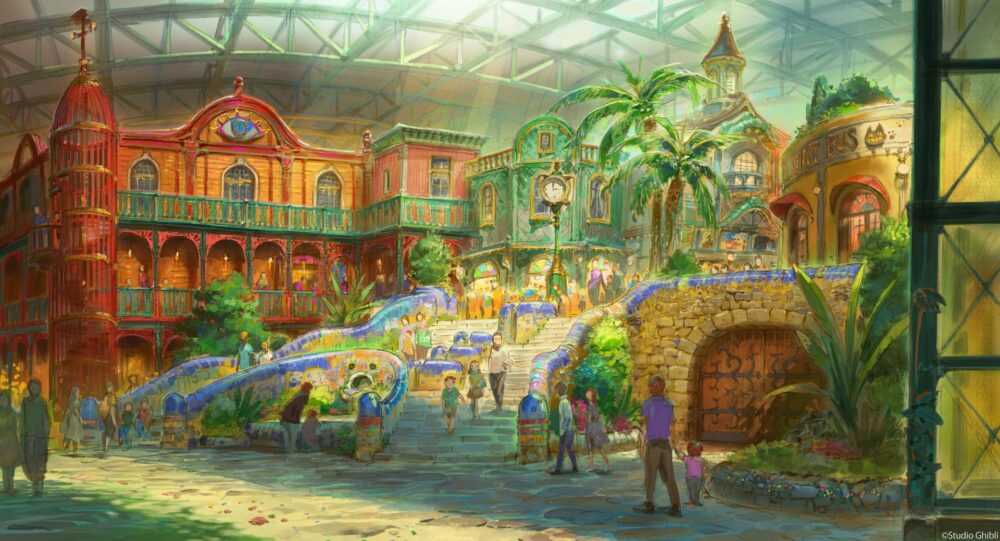 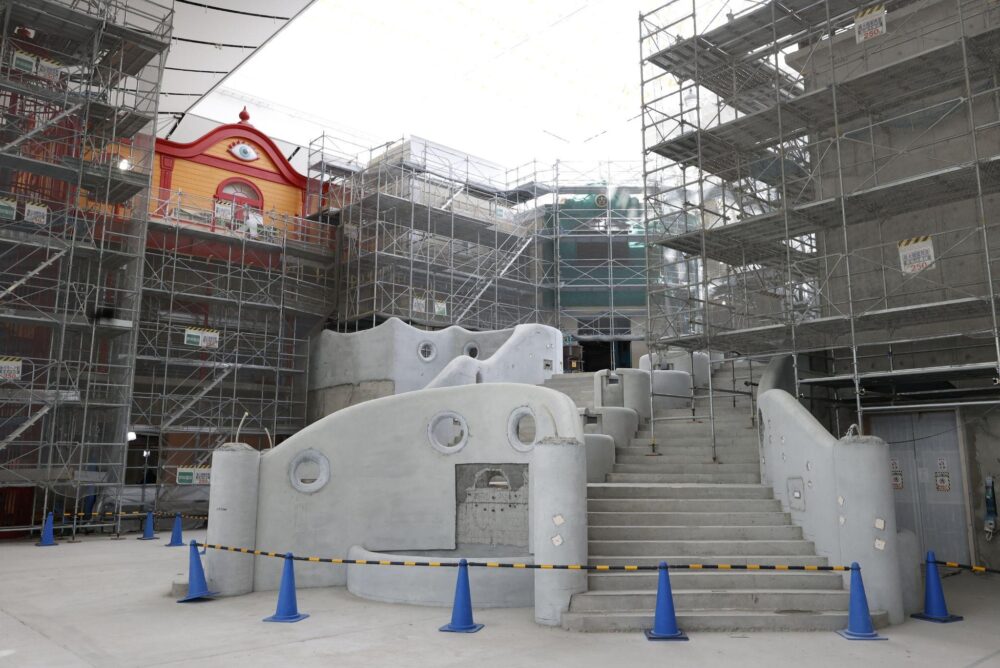 Phase 1 also includes the Hill of Youth, where you can look out on the forested slope and feel the breeze from the balcony of the World Emporium antique shop out of Whisper of the Heart (1995), or a 19th-century castle tower reminiscent of Laputa and Howl’s Moving Castle (2004). Perhaps the spot where you can best embrace the Ghibli Park’s motto: “Play along with the wind.” 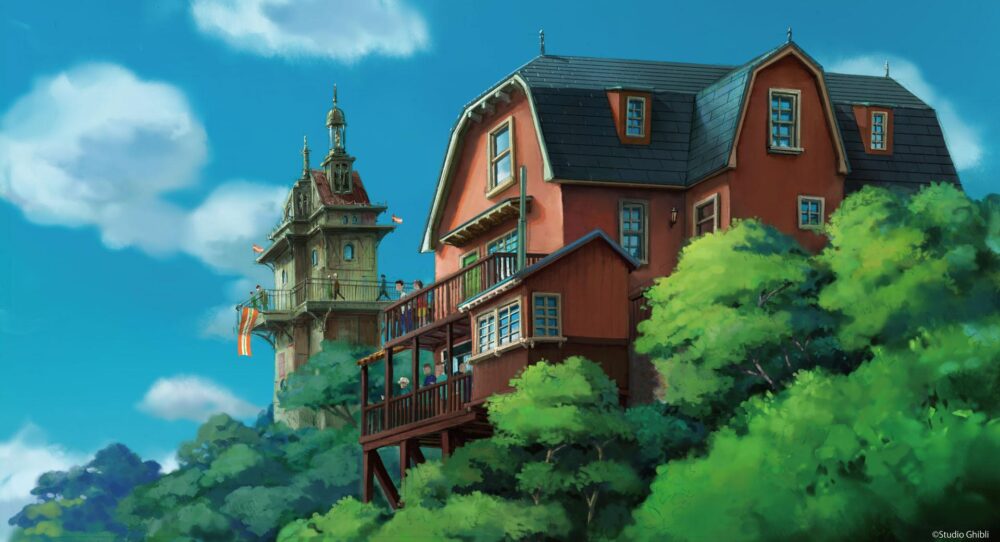 The charming country house where Satsuki, Mei and their father first encounter sprites and creatures of folklore is a focal point of the Dondoko Forest, inspired by My Neighbor Totoro. A life-size model of the home was initially built for the 2005 World Expo held in Aichi park. Behind the building and up the hill, a “Dondoko-do” statue of the lovable forest troll himself waits to greet guests. 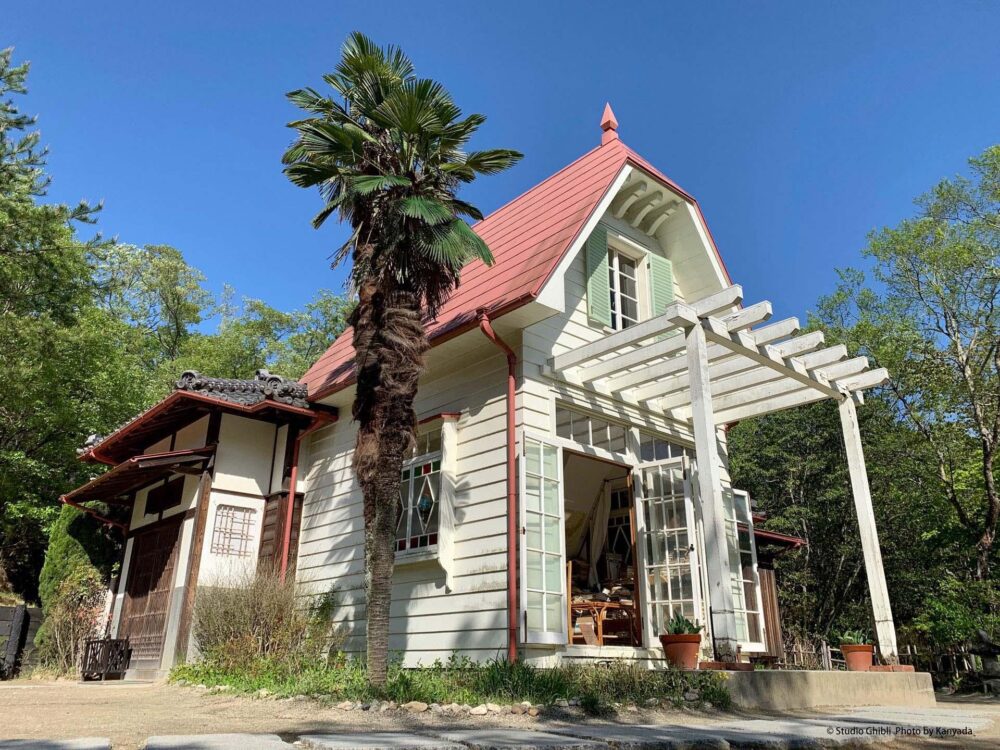 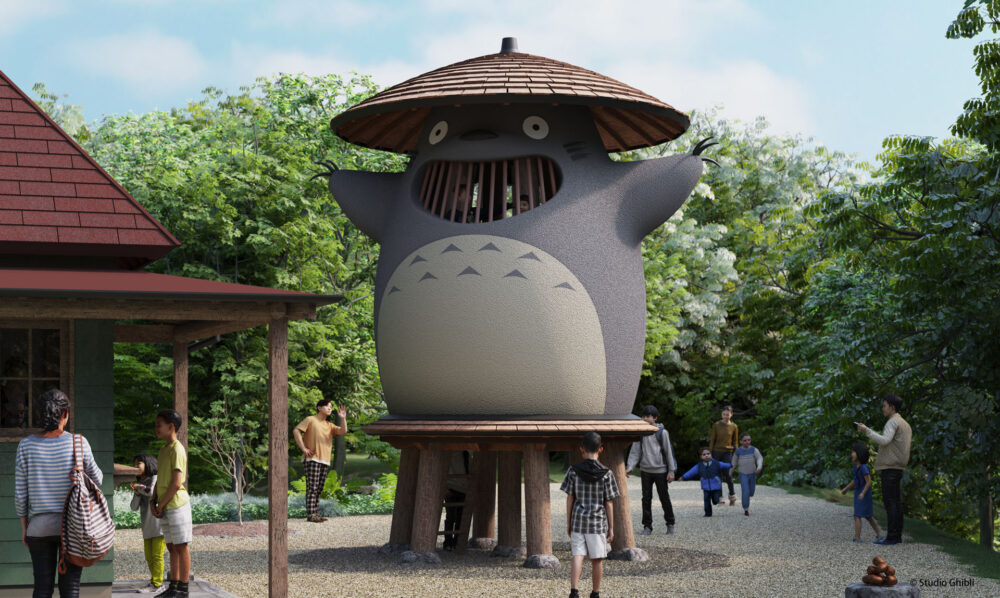 With completion dates to be announced, fans can look forward to exploring the enchanting Valley of Witches. The concept artwork shows a street of colorful storefronts and a teacup ride decorated with a Kiki’s Delivery Service (1989) motif, while Howl’s titular Moving Castle looms in the background. 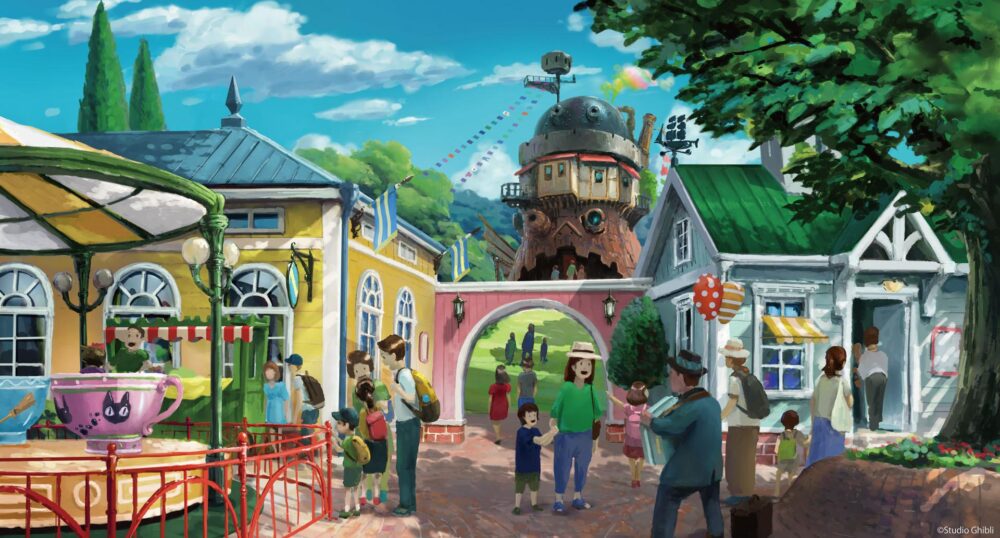 Finally, those who fantasize about running barefoot through the wilderness rather than sipping Earl Grey with a talking cat (but honestly, why not both?), the TBA roster also includes Mononoke Village — conceived as a verdant meadow inspire populated by figures of the great boar and the tatarigami, a fortified town hall and watch tower inspired by Ashitaka’s village, bringing the lush world of Princess Mononoke (1997) to life.

Check in at ghibli-park.jp for updates. 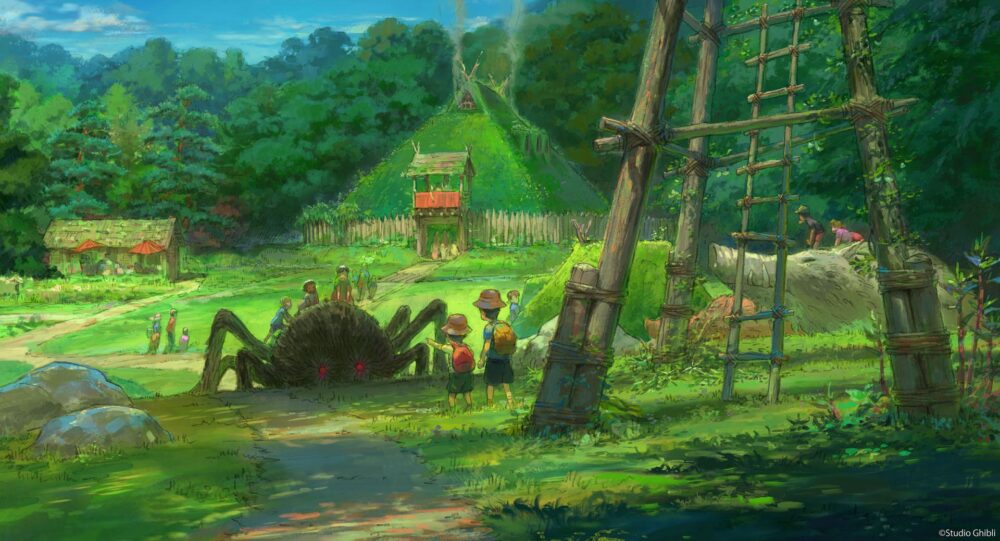