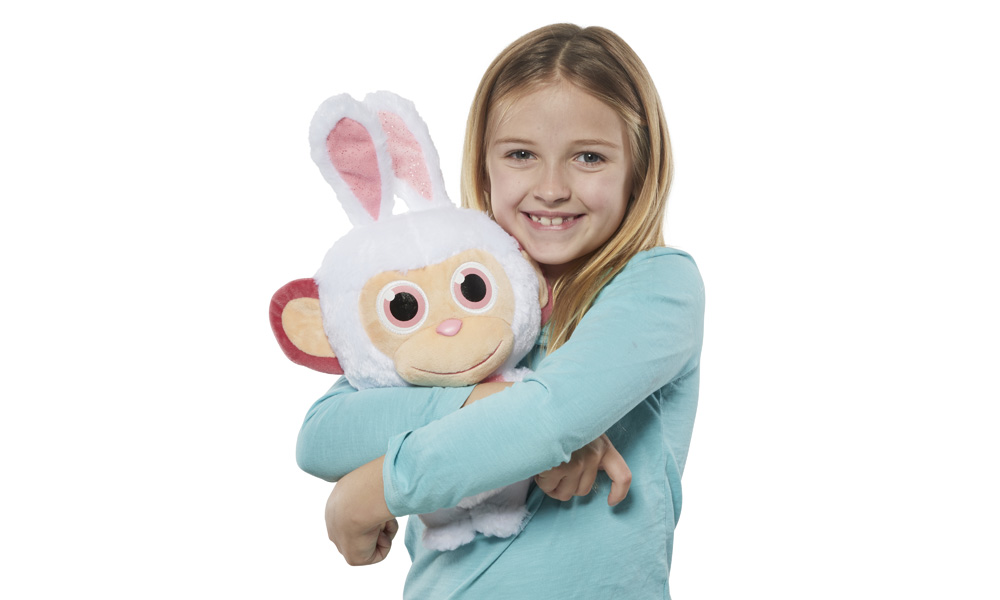 Wonder Park tells the story of a magnificent amusement park where the imagination of a wildly creative girl named June comes alive. One magical day, June is running through the woods to find her way home where she discovers an old rollercoaster car and climbs inside. She suddenly finds herself in Wonderland, an amusement park she had created in her mind and put aside. All of her rides and characters are brought to life but are falling into disarray without her. Now, with the help of her fun and lovable park characters, June will have to put the wonder back in Wonderland before it is lost forever.

Highlights of Funrise’s toy line include the WONDER PARK Figure Assortment, featuring highly detailed and poseable figures and accessories that are compatible

with the WONDER PARK Flying Fish Carousel and WONDER PARK Ferris Wheel playsets. In Wonder Park, the lovable Wonder Chimps are the official souvenirs of Wonderland: The WONDER PARK Build Your Own Wonder Chimp comes with a large-scale figure and interchangeable accessories allowing kids to mix and match to create their very own Wonder Chimps. Funrise is also launching several plush items, including the Huggable Boomer Plush, a large super soft plush based on the happiest of Wonderland’s mascots, and the Scented Wonder Chimp Plush Assortment that smells like cotton candy.

“We are excited to bring the amazing Wonder Park film to life in the toys,” said Randy Shoemaker, Senior Vice President of Global Marketing, Funrise. “The movie is incredibly imaginative, and it inspired a creative line of collectibles, figures and playsets, and cuddly plush that kids will adore.”

The Wonder Park toys launched worldwide in advance of the film. In the U.S.; Walmart launched the toys on March 1.